Lydia Dean Pilcher is a filmmaker based in New York City. She has produced more than 35 feature films, including 11 films with internationally acclaimed director Mira Nair. She is a two-time Emmy winner and an Academy Award nominee for Cutie & the Boxer. Her recent films as a producer include The Immortal Life of Henrietta Lacks for HBO and The Queen of Katwe for Disney, starring Lupita Nyong’o and David Oyelowo. The World War II drama A Call to Spy, which she directed, is out now in theaters nationwide and on VOD through IFC, and the 1920s-set historical drama Radium Girls, starring Joey King and Abby Quinn, which Pilcher co-directed with Ginny Mohler, is in select theaters and virtual cinemas on October 23 through Juno Films.

The trailer for Radium Girls, a passion project I co-directed with Ginny Mohler which was five years in the making, had begun playing in theaters across the country when the pandemic lockdown happened. I had flown to New York from London, where I was in post-production on Mira Nair’s six-hour mini-series A Suitable Boy, based on Vikram Seth’s classic novel, and I never went back. My solo directorial debut, A Call to Spy, was slated for festivals whose lights were snuffed out. I couldn’t even begin to make sense of it. An existential crisis of proportions yet to be fully understood began to unfold as we learned a new term, “shelter in place.” Five weeks later, I wrote in my journal, “It’s hard, living in isolation, feeling useless when the world is in an utter state of emergency.”

A large part of my producing career has been defined by decades of art and cinema created with Mira. There’s a Swahili word, maisha, that means “zest for life” and that is our mantra. The post-production of A Suitable Boy was quickly adapting. Avids were moved into editors’ homes in London and Australia. Mira and I worked from New York on our computers, testing every workaround possible for what truly felt like a Quixotic quest to complete the series for a July U.K. broadcast date. It was impossible to be sure we could make it all the way. New software emerged for virtual editing, grading and, ultimately, mixing. We had worked for six months with two filming units in the Indian cities of Lucknow and Maheshwar, and our cast was entirely Indian in a country that was by now also in total lockdown. Our sound designer called from London and coached each actor on making soundproof setups in their homes with cushions and quilts. Our team sent microphones through checkpoints in the streets of Mumbai and Delhi to the actors who recorded their additional lines and ADR on Zoom calls between New York, London and India.

Meanwhile, the world continued to fray. My daughter Lucy fell sick; when she tried to breathe, she said her chest felt like glue with shards of glass. Another six weeks went by and an outbreak infected my mother’s facility in Savannah. When her COVID-19 test came back positive, I moved through weightless time in an eerily empty JFK to catch a flight to Georgia. Within a week, on May 24, she had passed from this world. On May 25, George Floyd was murdered. That Thursday, I stayed up all night watching a police precinct in Minneapolis burn on national television. Something seismic was happening. In a very rapid series of events, amid protests featuring people from all walks of life, our country was coming to terms with centuries of racial injustice while a white supremacist president stoked division.

At my mother’s graveside, I gave a eulogy; the few people who were able to come stood 10 feet away, as the birds in the magnolia trees sang for her. I spoke about a childhood memory of her interest in the philosopher Paul Tillich and his book The Courage to Be. I didn’t really understand existential anxiety at the time, but I knew that because Mom was interested in the world, she never turned away from the harsher realities. I was a child in Atlanta during the civil rights era and the Vietnam War, watching her stand for social justice and live by her beliefs that the earth’s greatest treasures were found in the deepest manifestations of our humanity. When I was 10, my parents took me on a road trip through Europe, sleeping in a three-person tent that we staked out in nomadic campgrounds. We also went to places like Anne Frank’s house and the concentration camps of Dachau, where thousands were executed, including Noor Inayat Khan, one of the protagonists in A Call to Spy. I swallowed hard to keep the words about my mother from sticking in my throat. I knew the eclectic international tapestry of my life surely sprung from her.

Now as she joined the ancestors to whom we are all connected, I joined the protestors in Savannah, whose numbers across the country grew to roughly 25 million over the coming days. I carried on with my storytelling work that delved deeper into the past. In our current world of chaos and burgeoning hatred, if felt like there couldn’t be a more relevant time to release these movies about the intrepid Noor Inayat Khan, Vera Atkins and Virginia Hall, three indomitable women, first in their fields, who worked as SOE spies to fight the Nazis in World War II; and the Radium Girls, who painted glow-in-the-dark watch dials in New Jersey, and stood up for worker’s rights amidst a corporate coverup of poisoned workers in the late 1920s. All these women, defined by a beautiful, defiant courage.

Back in Brooklyn, Isabel Wilkerson’s new book, Caste: The Origins of Our Discontents, had just come out. I felt restless as I stood in a socially distanced line outside Greenlight Bookstore, waiting to buy my copy. I thought about the moment I first read the screenplay for A Call to Spy in 2018, and how even then the world was moving dangerously toward national extremism and authoritarianism. Personally steeped in the worlds of India, Nazi Germany and America, I raced home and obsessively absorbed Wilkerson’s powerful discourse on the caste systems of these three countries which I thought I knew so well. The uniquely profound lens she constructed to view systemic racism as caste in her eloquent narrative-style journalism, brought forth an entirely new way of seeing. Amidst the grief we were already feeling, it was even more sickening to learn from Wilkerson’s book that the Nazis had taken notes from American eugenicists during the Jim Crow era.

My thoughts were free-falling into deeper layers. I began to see beyond the lessons of environmental justice and toxic chemical regulation, to the Radium Girls’ haunting parallels with our lives during COVID-19: people falling sick and dying from a condition doctors do not yet fully understand; the integrity of science being disputed by elites who control research; corporations and governments actively involved in lies and cover-ups about protocols and working conditions, while workers who desperately need jobs question the safety of going back to work.

The pandemic, however, for all it was taking away from us, was giving time back to us. Time to think about the meaning of our lives, and how we should spend our short time in this world. Lucy, now recovered, was making a hundred calls a day for the candidates she believed in. I took time from my Zoom schedules to be a poll observer in the New York primaries as the absentee ballots were counted in unprecedented numbers. And even as theatrical distribution in our industry was hanging by a thread, IFC Films started formulating plans for the release of A Call to Spy.

We re-invented our Radium Girls release plan with Juno Films for the fall in the new pandemic-born model of virtual cinema – partnering with arthouse theaters, environmental justice groups and other special interest affinity groups to share in ticket sales and support audiences and each other’s communities. I began to plan the social impact campaign for Radium Girls with the film’s co-director and writer, Ginny Mohler. I was excited to merge my storytelling career with my own commitment to climate justice.

As the summer progressed, our composers for A Suitable Boy, Alex Heffes and Anoushka Shankar, recorded with musicians between India, London and Santa Monica, creating an inimitable Mira Nair kaleidoscope of subcontinental sound perfect for the post-partition setting of the series. It embodied traditional Indian music and the Islamic influence that had arrived through Iran when part of India became Pakistan. We joined by Skype to record an orchestral score in Budapest. We Zoomed with our title design artist, Thao Nguyen Phan, working from her studio in Saigon. And unbelievably, the delivery of each episode rolled through the finish line of Q.C.s in time for each broadcast deadline. Somehow, with virtual technology across four continents, we had pulled it off. In September, we played as the closing night event of the Toronto International Film Festival in two drive-in theaters and a special socially distanced screening of all six hours of the series in TIFF’s Bell Lighthouse.

Fall arrived, and A Call to Spy and Radium Girls were soon to have their own drive-in theater premieres. Mira joined me for the drive up to the Woodstock Film Festival. In the colors of changing seasons, we felt brave and badass, like Thelma and Louise. The honking applause for A Call to Spy was my favorite part – along with the insane sound experience that happened when a train hurtled by the drive-in, at the same time a train on screen with a Nazi ammunition shipment was speeding toward a dynamite-rigged bridge!

As we continue to be besieged by COVID-19 and the scourge of racial and economic inequality, we approach the uncertainty of Election Day and what may follow. I hold close the scene when Noor’s mother pleads with her to stay home and not to go to France. She desperately invokes Rumi: “Don’t you know yet? It’s your light that lights the world.” Noor brightens with connection through her tear-filled eyes and responds, “Yes, that’s why I must go!”

It appears that Rumi and the ancestors have been busy. On my mother’s birthday, October 23, Radium Girls will premiere in the U.S., A Call to Spy premieres in the U.K., and A Suitable Boy finally launches in India and Europe. I hope it’s a time that the stories of our women will ignite and inspire us to bring more light and courage into the world.

Lydia Dean Pilcher is a filmmaker based in New York City. She has produced more than 35 feature films, including 11 films with internationally acclaimed director Mira Nair. She is a two-time Emmy winner and an Academy Award nominee for Cutie & the Boxer. Her recent films as a producer include The Immortal Life of Henrietta Lacks for HBO and The Queen of Katwe for Disney, starring Lupita Nyong’o and David Oyelowo. The World War II drama A Call to Spy, which she directed, is out now in theaters nationwide and on VOD through IFC, and the 1920s-set historical drama Radium Girls, starring Joey King and Abby Quinn, which Pilcher co-directed with Ginny Mohler, is in select theaters and virtual cinemas on October 23 through Juno Films.

The Hustler and the Queen, Or How Mira Nair Helped Me Leave Anti-Heroes Behind to Tell Stories of The Other 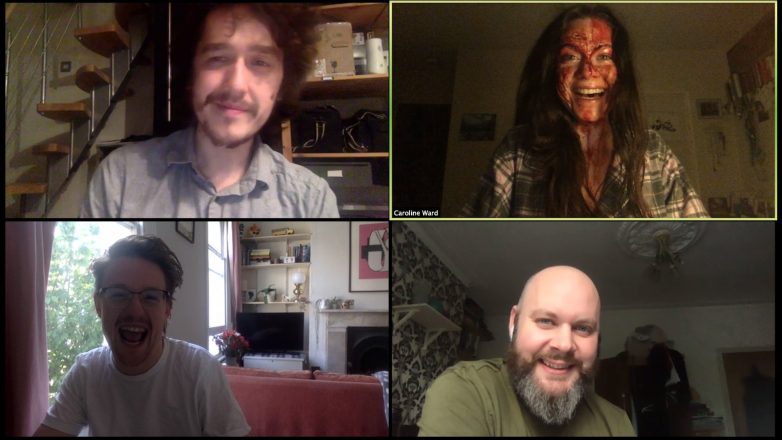 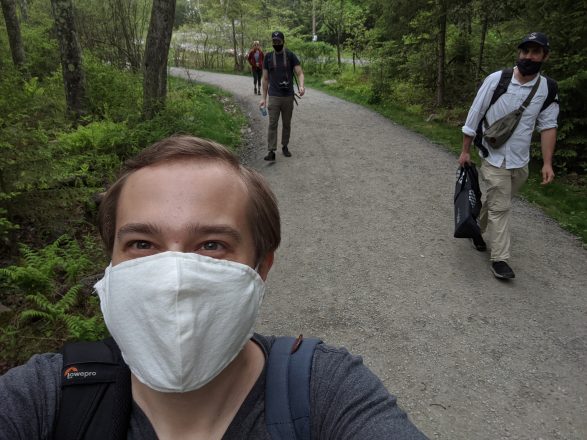 How to Make a Film During a Plague