Upland Stories is Robbie Fulks’ twelfth, saddest and loveliest record. He is the smartest, most original songwriter in country music. He’s also a friend of mine.

But please don’t let this last detail disqualify me from writing about him. I have made a bit of a career out of writing about my family and friends, and I refuse to chalk this proclivity entirely up to nepotism. I can’t help it if the music that connects with me is often made by people in my neighborhood. It’s a preference that was seeded in my childhood, when my mother and her hippie friends played country and bluegrass in the living room. In high school, I frequented parties and street dances where my classmates transformed themselves into punk rock stars, and during my years as a drummer in Boston, my favorite bands were the ones that I would run into at rehearsal spaces and gigs.

I love it when songs wrap around my life, wafting in from the next room, and I love to hear a song develop and evolve. Just as important to me are the spaces in which songs take shape and find expression: weird, alternative spaces like bluegrass festivals, street dances, warehouses and dive bars. My happiest and most meaningful musical moments have occurred in such spaces.

But of all the musical spaces in my life, none compare with Robbie Fulks’ residency at The Hideout. Since 2010, Robbie has performed most Mondays at the aptly named little bar, which sits in a remote industrial corridor of Chicago, Illinois. Each week, Robbie gives his show a particular theme, which he tackles with a revolving roster of musicians. He has dedicated shows to the catalogs of Elvis Costello, Liz Phair, Steven Sondheim and Shania Twain. Sometimes he invents impossible mashups, like Lou Reed vs. Jerry Reed or Graham Parker vs. Charlie Parker. “House of Stuart” was an evening of music by artists with Stuart or Stewart in their name — Al, Rod, Gary, Copeland, etc. Mondays can also be co-hosted by local and touring musicians, such as Kelly Hogan, the Mekons, Redd Volkaert and Jenny Scheinman.

There is nothing predictable about Robbie’s residency. In fact, it’s insane. The performances revolve around songs, but are often augmented with readings (my favorite is when Robbie reads YouTube comments about the featured artist), short sketches and even cooking demonstrations. During the “House of Stuart” night, drummer Gerald Dowd adopted the persona of Martha Stewart, donned an apron and made a smoothie onstage while Casey McDonough played Al Stewart’s “Year of the Cat.” The most insane moment, though, is always the one at the end of the night, after you’ve heard a perfect set of, say, Bangles songs, and you realize that in seven days you’re going to hear a perfect set of, say, free jazz interpretations of Carter Family songs.

I became an instant fan and residency regular back in 2013, met Robbie and lots of other musicians, and ended my eight-year hiatus from playing music when I joined him onstage one Monday night. I stumbled into the residency at a time in my life when I assumed my best rock club experiences were behind me. What a surprise to discover that I was dead wrong. It was a delight like finding love unexpectedly late in life — which is the theme, coincidentally, of “Aunt Peg’s New Old Man,” the jauntiest song on Upland Stories.

I have become a citizen of the residency, and I am not alone. We are a motley crew: young hipsters and old hippies and sad Gen Xers like me, all standing together in jaw-dropped harmony. Musicians and non-musicians. Sometimes people whisper commentary into my ear:

“I’m going to go home and burn my guitars.” I’ve heard some version of this from two different (both excellent) guitar players. Robbie’s guitar prowess can be despair-inducing.

“He’s such a freak.” This is always uttered admiringly.

Robbie is kind of a freak. He basically invented the genre of “alternative country,” set the bar obnoxiously high for all who followed, and then pretty much bailed. Instead of travelling safer paths, he chose to create a freakiverse where countrified tunes sit alongside an album of Michael Jackson covers (Happy: Robbie Fulks Plays The Music of Michael Jackson, 2010), or novelty singles (“Fountains of Wayne Hotline,” 2005).

His career reminds me of a video game my kids used to play, Katamari Damacy, in which the player rolls a magical adhesive ball around the world, growing the ball by picking up objects, from thumbtacks and ants to cows, buildings and mountains. The ball grows increasingly complex and massive until it is big enough to replace the moon.

Monday nights are always entertaining and often astonishing, but a whole other level of astonishment awaits the listener of Upland Stories. It’s one thing to witness an artist going for the stretch, flying by the seat of his overalls; it’s another to behold the meticulous recordings of a small set of material that he has honed over weeks and months. When it comes to making records, Robbie doesn’t care for sloppiness.

Upland Stories has its own strong sense of place: plain, brutal and everyday. Several of its most powerful songs were inspired by Let Us Now Praise Famous Men  by writer James Agee and photographer Walker Evans. In “Alabama at Night,” Robbie channels Agee and Evans’ perspective on impoverished sharecroppers in the south, refusing to glorify poverty: “Poor’s no sacred song/Poor is a disease.” In “A Miracle” he sings, “To come up Southern is a troubled way/Pay no mind to what the writers say.” And when he launches into “America Is a Hard Religion” with “Some rule from the sky/Some inch ‘cross the ground,” it sounds as true now as it would have around 1940 when Let Us Now Praise Famous Men was published.

The songs on Upland Stories also take a hard look at families and growing old — to such an extent that it feels like a country music version of Yasujiro Ozu’s Tokyo Story (1953), often matching that film’s sense of quiet disappointment. On “South Bend Soldiers on” an aging father, left alone, cries out, “Where is my boy, where is my blue-eyed boy?” On “Baby Rocked Her Dolly” a man sits in a retirement home remembering happier days, resigned to the fact that his children “write every now and then.”

Another theme ties Upland Stories to Robbie’s last record, the critically acclaimed Gone Away Backward (2013): the expression of yearning for a sense of home and regional identity, long lost. I hear it in the devastating final lyric of “That’s Where I’m From” from Gone Away Backward: “Some place I can’t go home to, that’s where I’m from.” This yearning though, is mingled with an awareness that going home is not only sometimes impossible, it can also be ill-advised, as in “Never Come Home” on Upland Stories, with its bitter refrain (just add “I should have” in front of the title).

There is much musical continuity between these records, too, as if Upland Stories picks up where the sparer, more acoustic Gone Away Backward left off and pushes the envelope on its aesthetic. If I’ve drawn too much of a dichotomy between the recklessness of Robbie’s Monday nights at The Hideout and the careful craftsmanship of his records, please allow me to mess with that now, because in so many ways I hear Monday nights all over Upland Stories. A number of the musicians who play on the record, including violinist and singer Jenny Scheinman, and guitarist Robbie Gjersoe, have been Monday night players (Gjersoe is a regular), but more than this there is a residency-ish spirit of experimentation and playfulness in the luminous arrangements on Upland Stories. And there’s drums on it! Sometimes swishy and jazzy, sometimes marshal and driving, sometimes sexy and groovy, Alex Hall’s drumming adds texture and dimension to the recordings and reminds us that we’re not listening to a bluegrass record or an old-time record. It’s not alternative country, either. It’s not even really country. What is it? It’s Robbie. If you can’t find a home — or a genre — in this world, then maybe you can invent your own.

I like to use Foucault’s fun, loose term “heterotopia” to describe the weird spaces I’ve always been drawn to — places of otherness, like a street dance, where the streets that were designed for cars banish cars completely to make an open dance floor, or music festivals, where a pop-up society exists as a kind of temporary parallel universe. Unlike utopias, these are real places, existing simultaneously inside and outside of the everyday world. Robbie Fulks’ heterotopian domain continues to increase in scope and excellence. You should get yourself in on it. Believe me, I know. 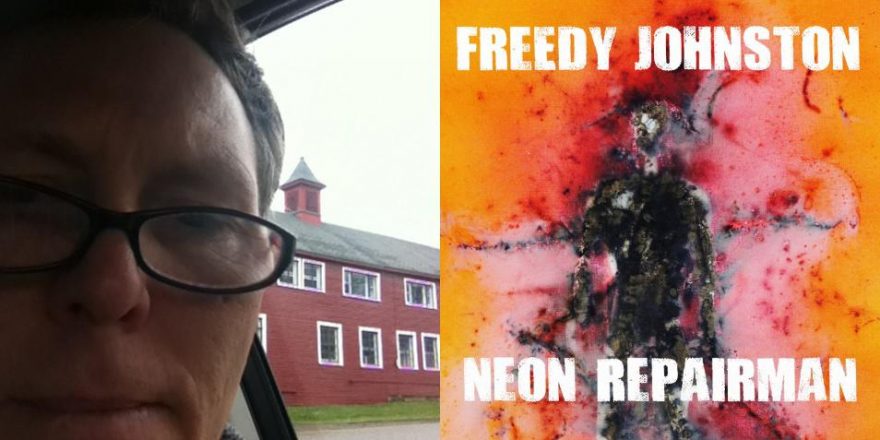