Robbie Fulks is a musician—country, but also strongly attracted to jazz, bluegrass, gospel, experimental musics—living near Chicago. His latest solo record, Upland Stories, was a multiple Grammy nominee, and his most recent release, Wild! Wild! Wild!, is a collaboration with Linda Gail Lewis. His website is here.

“Summer Clothes,” from Neon Repairman, the latest album of exquisite story-songs by Freedy Johnston, brings to mind the old adage: It’s the singer, not the song. Not that the song isn’t fine. But what makes it fly isn’t really its language, which is arrestingly undramatic. Here’s the chorus’s back-half lyric: “She remembers longer days/The red of a rose/In the winter rain/Still wearing her summer clothes.” Hard to rally to that. The “of a” dividing the red rose is mannered and memorable, but the lines otherwise appear limpid, almost emotionally barren. The melody, meanwhile, hugs a major triad, mostly; it pulls airily toward the fifths while, chordally, ii and I lightly tense and release beneath. It’s pretty enough, but slight, and it would probably float away like a candy wrapper into the dull blue sky if an interpreter of less emotional muscle than Freedy were at the helm. He is a respirator of song, a magnificent singer. The words “days” and “rose,” in his vowel-savoring read, achieve dimensionality, shed their on-the-page flatness. Freedy glides vocally within and around his abstemious imagery the way Gene Kelly danced around rough pop-ups of Paris in an implausibly moving Tinseltown ballet. But is the sketchiness of the material purposeful or lazy? More on that in a moment.

Freedy himself popped into the frame back in the 1990s, when there seems to have been a small boom in male pop songwriters with gentle voices and a knack, lyrically, for ellipsis and ambiguity and brokenness and the small, startling detail — let’s just say “poetry.” These fellows tended to huddle under the No Depression umbrella. Their aesthetic parents were Lennon-McCartney, for diligent and ecstatic attention to melody-shape, and, in terms of guitar-generated composition, proudly non-professional timefeel, and Byronic panache, Bob Dylan. Rich though those two wellsprings are, you couldn’t listen to much of the ND gang without wishing that their stuff would spill madly into some other region, such as the remoter past, or the present, or whatever peculiar geography was unique to their mental makeup. Another limiting feature was the music’s incessant whiteness. By that I mean a tendency toward precious humorlessness; a fetishizing of a Nordic, consuming melancholy; and a fatal indifference to groove. Not to put too fine a point on it, it was music that no one fucked to.

But those scenester boundaries didn’t in the least affect or constrain David Mead, Ron Sexsmith and Freedy Johnston — the Hart Schaffner & Marx of the Nineties white-pop melody men. Too savvy and sensitive to forsake groove, or to indite a lyric tainted with beatnik braggadocio, pie-eyed love doggerel, and all the other pet poisons of the poetically afflicted, these three produced consistent work that made clear that they were of the guild and not the scene. In his first records, Freedy trafficked in unsettling set pieces (“Mortician’s Daughter,” “Gone Like the Water,” “Disappointed Man”) and surreal, occasionally puzzling phrases: “Did you fill this hired room/With guilty words/Your white piano hands/Flutter like poison birds.” His upfront playfulness (“and it isn’t just talk talk talk”) was offset by a Dylanesque (1964-1978 Dylan, that is) appreciation of the dark experiential swirl of sense-detail and the unlikely word pair.

That’s changed. These days, while his taste for a trouble-infested premise remains undimmed, his descriptive language is pared down. Aside from a light sprinkling of proper nouns, there’s nary a phrase on Neon Repairman that isn’t easily within the reach of an American ten-year-old. The use of specifics in these songs is almost grudging; where a bit of concrete juts out, it’s soon pounded back into the sand by adjoining words. Coffee is poured, heads are on straight, charms are lucky, and from where has she been waiting to walk out and for how long? This place, for some time. Rhymes too are determinedly unshowy, of the light/night and wrong/song type. I didn’t notice this until I happened to take a look at some of his now-20-year-old lyrics, which are dotted with unconscious streets, pointless fences and the like. The ambition evident in those contrivances is, no doubt, a young man’s. As a consequence of his latter-day Chekhovian austerity, his situations, the richly imagined plights of his characters, move to the forefront.

“The First to Leave the World, Is the First to See the World” has a neat premise that makes the title, at first glance abstruse, plainly literal. The song exists in the mind of Yuri Gagarin as he surveys the earth from his capsule in outer space. That initial seeing by the midcentury space explorers was an empirical finishing touch on twenty-one centuries of speculation, heroic measurement, and finally, sea navigation, Magellan’s, resulting in the undeniability of Earth’s sphericity. It happens that I think about this subject a lot, the photographic and sense evidence providing a needless confirmation of the logical deduction and the math. At the time of Gagarin’s orbit in 1961, most of the few flat-earth holdouts in the U.S. lived in Zion, Illinois. There, Wilbur Glenn Voliva, “overseer” of Zion as well as leader of its 6,000-strong “Christian Catholic Apostolic Church,” zealously promoted his dogma that the earth was pancake-shaped, with the North Pole in the middle and the South Pole spread around the edge. Our age allows us for the first time to see — for most of us, photographically, but for Gagarin, personally — micro- and macroscopic realities that past ages could but infer. The inference trumps the sensory experience logically; meanwhile, the mind, with its self-centered longings and attraction to absurdity, reigns supreme.

This digression isn’t (entirely) irrelevant to Freedy’s song, which ruminates softly on the ceaseless grasping at meanings within Gagarin’s hungry but isolated human mind. As he hovers meditatively over Mother Russia in the Vostok, what has mattered most to him and continues to, the sources of his stability and being, are no longer on a visible scale: a river, his house, his wife, even, as a discrete and demarcated entity, his nation. In a godly position, yet with a childlike voice, he marvels at his life path: “Yuri is my name, and I’ve come pretty far/Up from that hole in the ground where we lived during the war/I gave my first autograph to a comrade on the launching pad/Now I’m floating in my straps…” This beautiful scene is fleshed out delicately by hand drumming (James “Pie” Cowan), bass guitar (Chris Boeger), electric guitar (Chris Lawrence), and Mellotron (Dave Adler), all of them, except Lawrence, Milwaukee and Madison guys.

The title song is a nod to Jimmy Webb’s “Wichita Lineman” — actually, more than a nod, as it reprises not only that song’s romantic tone but some of its content (“I see you everywhere in the neon glow/And I need you more than want you, as the story goes”). Jim Chapdelaine’s tremolo baritone guitar nicely evokes the titular glowing gas, and Freedy plays a grooving bouzouki motif. Besides that and a swell place-name triptych (“The Horseshoe Bar, I know it well,” the repairman muses; “The Coffee Cup Diner and the Palm Motel”), the song strikes me as slight, more of a teasing prologue to the full-blooded creations that follow it than an equal to, say, “A Little Bit of Something Wrong,” which takes on PTSD, or “Angeline,” which follows a pair of outlaw lovers on the run. Could a neon repairman ever make a living working a regular circuit, like a vending machine service rep? The Horseshoe sign can’t be that precarious. (Though if he’s talking about the one in Toronto, maybe.)

I have to give special mention to “Baby, Baby Come Home,” which joins a distinguished roll of Johnston perfect-world mega-smashes: “Venus Is Her Name,” “Down in Love,” “Bad Reputation,” “Dolores,” “Don’t Fall in Love with a Lonely Girl” and “Broken Mirror,” to name perhaps half. Doug Pettibone and Dusty Wakeman play on “Baby, Baby Come Home,” but I don’t think you’ll be able to tell these marquee names from the above-mentioned cheeseheads. I suspect that each player felt privileged to get the call to color in these extraordinary songs. The music is played with hearts out and dicks in, to coin a phrase that I sincerely hope does not catch on. It’s common knowledge wherever particular people congregate that Freedy Johnston bows to no one living as a creator of songs of lasting value — intimate, strange, universal. So don’t fall for the whiny old-guy crap about music and the industry around it all going to hell; rather, enjoy a 54-year-old non-commercial artist who’s a master. From his Butch Vig and T Bone productions of yore to the present self-produced affair, the excellence of Freedy’s records, in sound and performance, is unflagging — I humbly recommend you get them all.

Robbie Fulks is a musician—country, but also strongly attracted to jazz, bluegrass, gospel, experimental musics—living near Chicago. His latest solo record, Upland Stories, was a multiple Grammy nominee, and his most recent release, Wild! Wild! Wild!, is a collaboration with Linda Gail Lewis. His website is here. 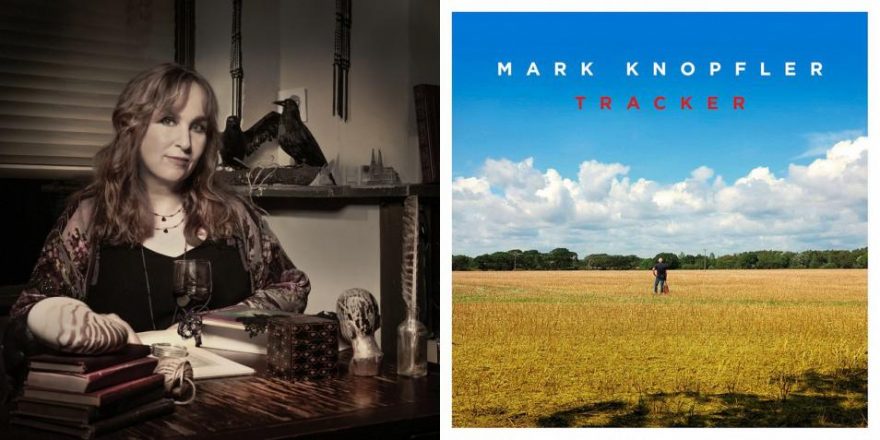