Sabrina Van Tassel is a French-American film director and a journalist. Her latest film, The State of Texas vs. Melissa, which explores the life journey of Melissa Lucio, the first Hispanic woman to be sentenced to death in Texas, is available on demand through FilmRise from October 20. As an investigative reporter, Van Tassel has directed more than 45 documentary films for the last 15 years for major television programs. Focusing mainly on social and politically motivated matters such as women forced into marriage, underage sex trafficking, post-traumatic stress, children in the white nationalist movement, women in prison and the holocaust. The Silenced Walls (2015) was her first documentary which was released theatrically. Critically acclaimed by the French press, it told her journey to discover the history of the Drancy camp, the biggest internment camp, turned into a social housing building at the end of the war.

It is difficult to imagine what a large role your instincts play when you are making a documentary. Why you decide to film at a certain time and why you’re drawn to go a particular way. How you know deep inside when someone is telling you the truth or when they are lying. How questions pile up in your head and how unexpected answers change the course of everything you had planned. There are a thousand different elements, a hundred little accidents that make a story.

From the very beginning of my career, I felt drawn to tell stories that gave a voice to those who didn’t have one. To be a messenger, a connection between the victim and the world. In documentary filmmaking, we deal with real people and situations who give us a part of their lives to share. The connection is intense, emotional and passionate. We are truth seekers. For a few months, we live with their story and then say goodbye and go on to another journey. But every single interview, every person we meet along the way, stays within us forever. Like a piece of a puzzle.

My very first experience as a filmmaker, on my documentary Married for Worse, was maybe the most decisive. I was asked to make a film about women forced into marriage. My idea was to make a fiction film, not a documentary, but my producer at the time convinced me otherwise. It was almost 20 years ago, but I remember distinctly the moment that changed my path forever. I was filming a Turkish woman and her aunt in a kitchen in Brussels, Belgium. The girl had been forced into marriage by her parents and had then escaped her abusive husband. She wanted me to meet her aunt, the only member of her family who would still speak to her. The aunt was in her forties. I had noticed from pictures in her home that she had two children, one of them disabled. I started to interview her. I asked her if it was hard to be a woman in the Turkish community. She immediately opened up about her life of abuse and modern slavery imposed by her husband and her in-laws. She told me how much she had suffered all these years. And then she added that her son was disabled.

Without thinking about it, I asked her the unthinkable. My question popped out of nowhere. Why was her son disabled? There was a silence. I immediately blushed, wanting to apologize, hating myself for asking such a stupid, out-of-line question. Who would ever ask a question like that? But the answer was beyond anything I could have expected. She spoke adamantly in her native tongue, begging her niece not to tell me why. It was what God wanted, she said. Then I was told the truth. Her husband’s family had hit her so badly while pregnant that the baby was born that way. I had asked her an unthinkable question and got the most unforeseen of answers.

Through the years, I have experienced many more awkward moments like these. I’ve stopped asking myself why I ask these difficult, unthinkable questions. I just do. I try not to think too much about it and just go with the flow. I’ve accepted my mission. And I know by now that reality always beats fiction. For 15 years, I’ve traveled the world, including every corner of America, meeting the most vulnerable in our society. From underage sex-trafficking victims to children in the white nationalist movement. I’ve learned that the world is not black and white, it is gray. People often want to simplify issues by claiming that there is one right answer and one wrong one, but it is rarely so simple. I used to have strong judgments about everything. They are much more nuanced today.

Three years ago, I met Melissa Lucio. I was assigned to make a documentary about women on death row. At first, I didn’t want to meet her. She was accused of abusing her two-year-old daughter so badly that she died and there was very little that had been written about her. She was not an interesting case; it was not gruesome enough, it wouldn’t make good TV. Plus. my youngest son was two at the time and I didn’t think I could manage to find any empathy for her. It was clear, she was a drug addict who had had too many children and lived in poverty. We all know that story, right? She was guilty, for sure. If she was on death row, she must be guilty. They just don’t throw innocent people on death row in United States of America!

How could I have been so wrong? It gives me the shivers to admit that I once thought that way. That I could have refused to hear her story, out of prejudice and ignorance. That I believed in the biased justice system in this country.

The very first time we met, I knew there was something terribly wrong with Melissa’s case. It was impossible for me to accept that she might be guilty of what she was accused of. In a haze, I left death row that day telling my cinematographer that I would dedicate the next three years of my life investigating her case until I found the truth. We started The State of Texas vs. Melissa with no money, not knowing what we were going to find out.

I read everything I could put my hands on about her, interviewed everyone who would speak to me, and I investigated her case like I had never done before. I must have exchanged 200 letters with Melissa in the course of three years. I was only allowed to interview her for one hour every three months, so whenever we spoke I had to be incredibly prepared. I tracked down her children, who had been placed all over the state. I even found the court-appointed attorney and the prosecutor in her case. I still don’t know how I convinced them to talk to me. It was nothing short of a miracle. Today, after all I learned, I know for a fact that Melissa Lucio should be freed. She might not have been a model citizen, and she wasn’t mother of the year, but she didn’t kill her daughter.

I believe all the documentaries I did in the past led me to this one. It led me to do this character study about Melissa, with all her complexities and her flaws. It’s taught me once again to put myself in the victim’s shoes and not to judge hastily. To always give the benefit of the doubt. It leaves me with this question about our society: Will we ever be open to the idea that our heroes could be monsters and our villains could be innocent?

The featured image shows Melissa Lucio in The State of Texas vs. Melissa. All images courtesy Sabrina Van Tassel.

Sabrina Van Tassel is a French-American film director and a journalist. Her latest film, The State of Texas vs. Melissa, which explores the life journey of Melissa Lucio, the first Hispanic woman to be sentenced to death in Texas, is available on demand through FilmRise from October 20. As an investigative reporter, Van Tassel has directed more than 45 documentary films for the last 15 years for major television programs. Focusing mainly on social and politically motivated matters such as women forced into marriage, underage sex trafficking, post-traumatic stress, children in the white nationalist movement, women in prison and the holocaust. The Silenced Walls (2015) was her first documentary which was released theatrically. Critically acclaimed by the French press, it told her journey to discover the history of the Drancy camp, the biggest internment camp, turned into a social housing building at the end of the war. 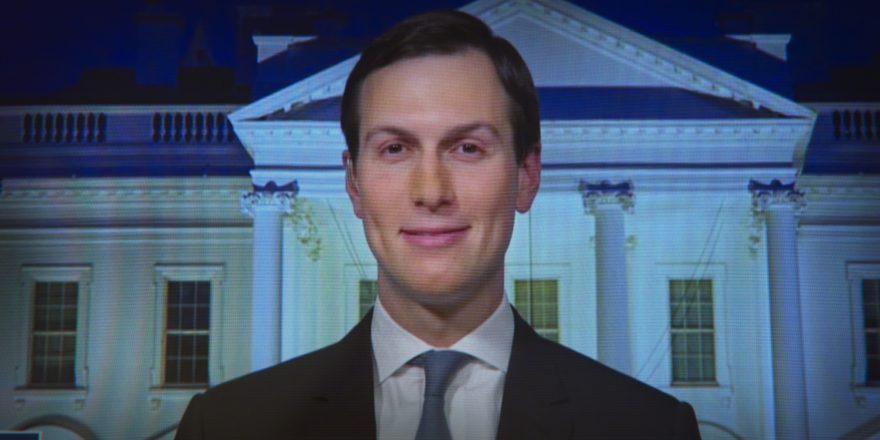 Investigating Jared Kushner in the Golden Age of Documentary Journalism