Peter Vack is an actor and filmmaker from New York City. His award-winning short film Send premiered at SXSW and went on to play over a dozen other film festivals including AFI Fest. Vack was named a Sundance Institute Feature Film Fellow and an IFP Emerging Storyteller for his screenplay www.rachelormont.com. Assholes, his first feature, won the Adam Yauch Hörnblowér Award at SXSW 2017, and is in theaters through Factory 25 and Breaking Glass Pictures from October 6.

I am not a filmmaker.

I was an actor without a platform, so I made my own movie, Assholes.

It was hard and expensive, but it lead to this moment. When I was asked to write an article for Talkhouse, I realized there was no better opportunity to make my case to the five indie filmmakers I want most to cast me in their next project.

Thank you for reading.

1. Mike Ott
When I think about someone who might hate this article, my mind immediately goes to Mike Ott. I was a fan of Ott’s before we met when I saw Actor Martinez, which he co-directed with the great Nathan Silver (who would have made this list had I not just acted for him in his upcoming movie, The Great Pretender). Actor Martinez is riveting from the first frame to the last; and is one of the only films I have seen during which I was constantly unsure as to what was fiction and what was not. The scene that comes to mind is the long take with Lindsey and Arthur in bed; rent this movie, it’s brilliant. It is a film that reminds us how slippery the truth can be and this makes it even more relevant in our (I refuse to write his name or any of the linguistic constructions invented to normalize his lies) current political moment. My admiration for Mike increased when I saw California Dreams, one of the best films ever made about the deep pain that is a part anyone’s life when they know they are meant to be an actor. Anything and whenever, I am here for you Mike; and willing to go as dark as you require.

2. Josephine Decker
Josephine Decker’s films teach me to be more personal than I feel comfortable being. She taught me that a camera can become distracted from its subject and that films need not follow any of the rules; they can move from image to image without friction, they can spiral and dance. Her films remind me that it is almost always better to work with one’s closest friends. It is a stretch to say that Josephine and I are friends; we have met a handful of times and our interactions are always brief, but they have been memorable for me. I would do whatever it takes to make it into Josephine Decker’s artistic fold. There was a moment during the edit of Assholes when we happened upon a strange cut; and, if I may be so bold, a voice in my head said, “Decker would make an edit like that.” I will not reveal which moment this is — and it wouldn’t matter if I did — but that cut is my favorite.

3. Eugene Kotlyarenko
It seems like every time I run into Eugene Kotlyarenko we are at a party in Los Angeles and I am feeling uncool and uncomfortable. The situation is very much like something Eugene might depict in one of his movies. Should I just admit that after seeing Eugene’s A Wonderful Cloud, I knew that I needed to make a movie and that it would be Assholes? A Wonderful Cloud is a film that feels both impulsive and rigorous in the best possible way. I was in awe of how Eugene played himself in that movie, with an alarming lack of modesty. We are not sure whether to adore or despise him; he is equal parts sweet and uncouth. To use a word that is overused, it was brave. If you haven’t seen Eugene’s first film, 0’s and 1’s, it’s a groundbreaking piece that is woefully under-seen. It’s the first film I know of to utilize a Web 1.0 aesthetic and made years before that aesthetic would become chic. I won’t be surprised when that film is shown in museums and galleries. I’m here for you, Eugene, a big fan, even though I always feel too shy to tell you this in person. I hope one day I fit into one of your visions. For some reason, I keep seeing us playing archenemies, like, maybe in a scene where we physically fight.

4. Miranda July
My idol. Is it corny to admit this? In my efforts to get here, to the moment of my writing this list, I wrote a screenplay that the Sundance Institute decided to support with a creative fellowship, which included that I choose a mentor to aid me in the development of that screenplay. I remember being on the phone with the great Rachel Chanoff from the Institute and her asking me who would be my dream advisor. I said Miranda July, almost as a joke, never believing that her involvement in my work could be a reality. But, a month later, Miranda agreed to meet me in L.A. over a bowl of pho. For me, Miranda’s path is a shining example of what is possible with creative expression; boundless and without boundaries, she is brilliant in whatever medium she chooses to express herself and that expression is always in line with her unique voice. What could I possibly say about Miranda’s work that hasn’t already been said, and said better? What I will say is that when I am feeling low, which usually comes from a self-imposed limit on my own creativity, I think of July – limitless – and I emerge from that feeling with my resolve momentarily restored.

5. Betsey Brown
Some of you reading this will already know, but many others will not, that Betsey Brown is my sister. Betsey has made two short films, one of which, Shegetsey Betsey, is my favorite short made entirely using an iPhone. The other film, also shot on her phone, is “too personal” for her to release right now. A couple nights ago, Betsey finally allowed me to read her first feature-length screenplay. I love it. It made me so jealous. It is something I wish I had written. Is it cheating for me to put Betsey on this list since I already know she has an amazing role for me in her upcoming film? Am I including Betsey on this list as a tactic to call her out and force her to make that film? Is all of this a little unethical of me? Sure it is. But what are siblings for if not to be a little unethical in strategic moments? Betsey is one of my best friends and one of my favorite artists and I put her name on this list to alert the world to her immense talent. I put Betsey through some cruel and unusual punishment when she played the lead role for me in Assholes, a punishment that resulted in one of my favorite performances – wild and effortless and unlike anything I’ve ever seen. So it is only fair that I pledge myself to Betsey’s work and help her in whatever way she needs, for as long as I am able. Bets, you made the list, now make your movie.

Sorry, I lied, there is a sixth director — a bonus director — who I must include here.

6. Ron Brown
My other idol, and the first independent filmmaker I ever knew, is my father, Ron Brown. When he was 40, Ron abandoned a career in business to spend a decade making independent films. He wasn’t satisfied with his life, so he shifted careers and went into filmmaking. Untrained and unconnected, he used a stack of books bought at Barnes and Noble as his film school. From there, he made an award-winning short film and two feature films. Before I saw him do this, I did not know that such a thing was possible. I am not sure I would have the passion for acting or creating were it not for his influence, always reminding me to follow my bliss. In fact, I am beginning to wonder if my whole reason for making this list was to create a reason to publicly shout him out, to give him back just a fraction of the love he has given me over the years, and to encourage him to make another film. Five years ago, Ron went back into business so that he could support himself, and in doing so let his filmmaking aspirations lie fallow. My father is the first person I call when I have the impulse to make something. He taught me everything I know about the nuts and bolts of filmmaking, the energy that it takes, the commitment to detail, the audacity to set off on an unpredictable course when no one from the establishment is giving you the OK. He cast the mold that I am doing my best to inhabit with the same dignity that he exhibits in every area of his life. Dad, when the time is right, and you have an idea for a film, I will be there.

I love being nice and genuine but if you would prefer to see me be an asshole, buy a ticket to my movie.

Peter Vack is an actor and filmmaker from New York City. His award-winning short film Send premiered at SXSW and went on to play over a dozen other film festivals including AFI Fest. Vack was named a Sundance Institute Feature Film Fellow and an IFP Emerging Storyteller for his screenplay www.rachelormont.com. Assholes, his first feature, won the Adam Yauch Hörnblowér Award at SXSW 2017, and is in theaters through Factory 25 and Breaking Glass Pictures from October 6. 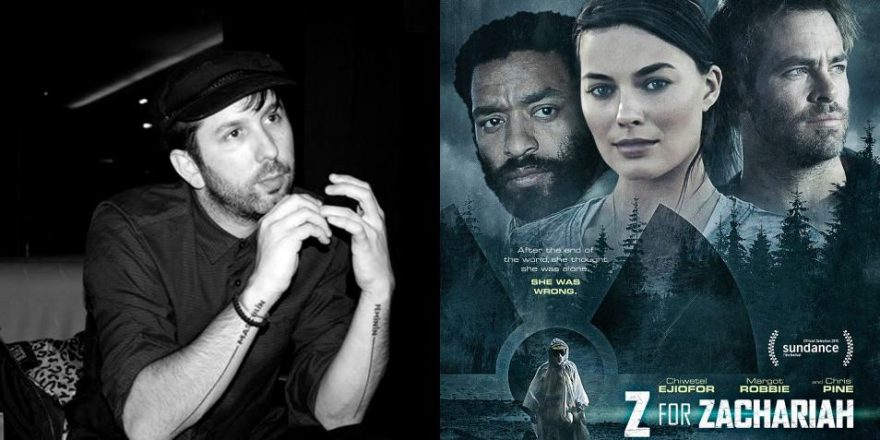