Eugene Kotlyarenko is the writer-director of A Wonderful Cloud, set for release on October 23. His debut feature, 0s & 1s, was called “the ultimate has-to-be-seen-more-than-once movie” by the New York Times. He has directed viral music videos and outlandish web series, including Feast of Burden. His work has been shown at SXSW and the Museum of Contemporary Art. You can see some on his website www.everybodyloves.me.

On the drive over to see The Good Dinosaur, I was caught up in NPR’s wall-to-wall ISIS coverage. How can we bring down the Islamic State? Who are these Western teens joining the Islamic State? What makes the Islamic State so invincible? Why we should refer to the Islamic State as Daesh from now on. And, of course, an obligatory look at our country’s growing intolerance of desperate Syrian refugees running away from Daesh. Somehow Americans had become afraid of Daesh operatives slipping in with the refugees and suicide bombing all over our great land. I wondered how our country could have gotten such a far-fetched notion. Did we not see the layers of sad irony associated with it? Then I parked the car and turned the radio off. As I walked into the theater, I couldn’t help but fixate on how horrible the human race is. I was only comforted by the thought that at least this movie was going to be about a good dinosaur. A really nice fucking dinosaur that will do good and not evil, like those bastards in Daesh.

During the standard Pixar short — which unfortunately grabs the cringeworthy baton from the Volcano musical that preceded Inside Out (why are these getting so bad?) — I occupied myself with the prospect of seeing a dinosaur I could get behind in 2015. The other dinosaur movie from this year made me feel as disconnected from popular culture as humanly possible. In fact, it made me question whether I was even human at all. The other big, inexplicable news story of this year was how humans had collectively embraced Jurassic World. The expositional writing with no character building. The lack of directorial vision with regard to compositions and camera moves. The poorly calibrated performances from all parties. How had audiences turned this clear-cut disaster into the highest grossing film of the year? And sadly the only “good dinosaur” in it, the old school T. rex, was involved in such a disappointingly choreographed fight it was hard to even root for him. Emblematic of the movie itself, this climactic sequence felt cobbled together and uninspired. A retread of already stale ideas. For a moment, you might’ve thought to excuse the filmmakers’ poor staging because of some difficulty they had in wrangling these wild beasts…until you come back to grim reality that it’s all CGI and there can be no defense. How had the masses been duped into celebrating this ugly, hulking cinematic dinosaur?

So does humanity and cinema get what it so desperately needs with this film? More or less. As an exercise in alternative history, it’s very satisfying. The underlying premise is that the asteroid which killed off the dinosaurs 65 million years ago missed its mark, allowing for the continued evolution of the species. So they develop agrarian practices, live sedentary lifestyles and eventually overlap with early humans. Being told that dinosaurs and humans never walked the earth together is one of life’s first rude awakenings, so to revive it here is essentially a child’s wet dream. The relationship between the human and titular dinosaur is the central storyline. It progresses nicely by casting the man as a faithful pet, who is named “Spot” – only after the moniker “Killer” is rejected. (Daesh, anyone?!) Unfortunately, that naming scene was one of a number of hit-and-miss attempts at “zany character humor.” And a lot of tertiary characters seemed cribbed from other kid’s films, most notably The Lion King. But I was willing to look past most of this, because I found the idea of humans as dogs so satisfying.

It also doesn’t hurt that The Good Dinosaur has got more visual invention going on in one scene than Jurassic World did in its entirety. A few memorable moments include a WTF acid trip that would feel at home on Adult Swim, and the surreal image of upside-down shark fins ripping through the clouds. The biggest visual coup was undoubtedly the rendering of the backgrounds. While the characters look conventionally CG, the background environments are defined by a lyrical photorealism. The difference between the two isn’t as salient as Who Framed Roger Rabbit? but a bit closer to Ralph Bakshi’s Coonskin, which basically drew cartoon characters over largely static, filmed exteriors. The textures of the different animation styles here creates a unique visual complement that feels cohesive and unexplored, actively contributing to the movie’s preoccupation with reconciling ourselves with nature.

And of course it wouldn’t be a Pixar film if it didn’t make me cry. In this movie, your tears will be generated by dinosaur footprints, in addition to peripheral thoughts about Daesh and how you haven’t called your mom in a while. How do we carve out our identity? How do we prove our existence? Pulling from a history of frontier cinema in which rugged individualism butts up against the family unit, our good dinosaur wants to make his mark…literally, with his foot. But when this imagery is invoked by a character thought long-gone, you’ll find yourself caught off guard and bursting into tears. And the tears will continue to flow at any mildly emotional moment till the credits roll. Behind my curtain of tears, I have to admit that this film is more cloyingly sentimental than its successful peers, if only because it features less humor. Broad and nuanced, verbal and slapstick, all was in short supply compared to the rollercoaster of comedy and emotion that defined this year’s true Pixar masterpiece, Inside Out. It’s probably an issue of intended audience and here the sensibility targets the Pre-K set more than the patented Pixar double register that keeps kids and their parents happy.

Still, sentimentality works and as the credits rolled I was resolved to finally call my mom after a week of no contact, which is basically 30 years in solitary confinement for a Jewish mother. But when I put the key in the ignition, NPR was doing a roundtable discussion about Daesh’s female drug lords and I just got sucked in. I still haven’t called her. I guess it’s hard to be good in a world that’s so full of tantalizing evil. And in a year when so much has been unquestionably bad, a movie that should’ve been called The Pretty Good Dinosaur is good enough for me.

Eugene Kotlyarenko is the writer-director of A Wonderful Cloud, set for release on October 23. His debut feature, 0s & 1s, was called “the ultimate has-to-be-seen-more-than-once movie” by the New York Times. He has directed viral music videos and outlandish web series, including Feast of Burden. His work has been shown at SXSW and the Museum of Contemporary Art. You can see some on his website www.everybodyloves.me. 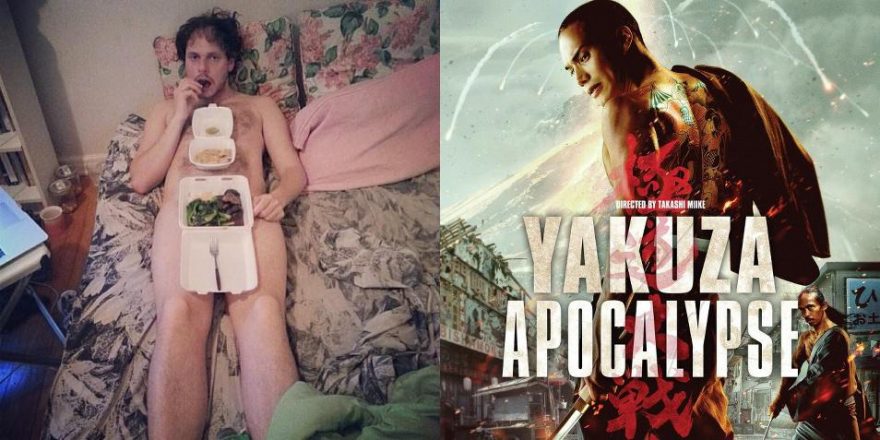 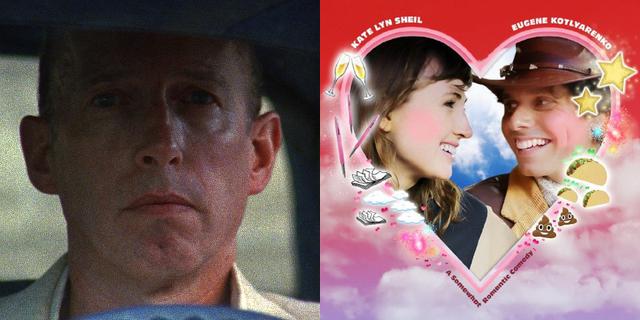