Mike Ott studied under Thom Andersen at Cal Arts, where he received his MFA degree in Film/Video.  His films include Littlerock, Pearblossom Hwy, Lake Los Angeles and his new Untitled Denver Project, which was co-directed with Nathan Silver. Mike’s films have won numerous awards, including an Audience Award at AFI Fest, a Gotham Award and an Independent Spirit Award.

A friend of mine was asking me about some American indie films recently, and whether I had seen or liked any of them. They were all festival favorites: Middle of Nowhere, Short Term 12 and Starlet. I told him I had seen them all, but wasn’t particularly excited by any of them (not that they are bad films in any way, but for whatever reason, they just didn’t speak to me). He then asked, “Well then, what makes you like a film?” I didn’t have an answer immediately, but after thinking about it, I realized I’m attracted to films that make me want to know more about the person who created them, films that reveal a truth far above and beyond the narrative itself. I guess you could say I didn’t find much truth in the aforementioned films; or as Herzog would say, they didn’t seem to reveal an “ecstatic truth.”

As I thought about this, I remembered I helped produce my good friend Darren’s grad school thesis film. The film didn’t turn out to be the greatest work of cinema ever created, but in the final cut I saw something that changed the way I saw him. I was able to see so much of his soul on the screen. I was moved to see that certain idiosyncrasies of his had been conveyed through the film, and was surprised to find that it unveiled to me even more about him. It seemed to reveal his truest self: the way he was scared of intimacy with friends, his longing for true love and, ultimately, his inability to verbalize these concerns in ordinary life. It was all there, in the cold blocking of his characters, the nuanced details of his production design, and cleverly hidden in the lines of the characters’ dialogue. It made me feel closer to him as a person, and I felt that our friendship was stronger because of it.

This was a crucial moment for me, not just as a viewer but also as a filmmaker. It made me realize that cinema has the power to reveal truth to the viewer — more specifically, a truth about the person who made it. Looking for these “reveals” has since become my favorite part of watching a film. I enjoy finding a filmmaker’s desires, fears, affinities, repulsions — things they may never say out loud or in person — coming across onscreen. Even for well-known filmmakers, the same holds true from watching their work. We can see that Linklater has an obsession with the span of time, esoteric monologues and pinball machines; Tarantino, a fetish for feet; and Herzog, a passion for the idea of man self-destructing in the natural world. I think Godard maybe said it best: “Art attracts us only by what it reveals about our most secret self.”

When I watch Craig Zobel’s films, I’m struck by his obsession with liars and where their deception stems from. I’m not sure if my attraction to Zobel’s love of charlatans says more about him or about me, but either way, I’m inspired by the way he sees the world and how that translates into cinema. I’ve been quite interested in his work since I saw Great World of Sound, his lo-fi comedy about a guy (the fantastic Pat Healy) who has joined a record company that is, more or less, scamming musicians out of their money. The film uses a documentary approach by having some parts shot without people knowing they were being filmed, giving the work an unraveling truth amidst all the lying the characters are doing.

I had heard a lot of buzz about his next film, Compliance, before seeing it, which always makes me nervous, but I was equally impressed. Again, another work about a charlatan, this time based on a true story. As a filmmaker, I was excited by Zobel’s ability to have almost an entire production take place in one location, as well as having most of the action take place over the phone (which I find rarely works). I was intrigued by the moments the camera held on someone for a long period of time: the shot of the manager walking through the parking lot to her car, and the scene with the detective driving to the restaurant toward the end. Moments like these compel me to know more about Craig’s approach and why he makes the choices he does. To me, it may be the biggest compliment to get from viewers about a film: that they want to know more about the person who created it.

I was quite excited when I was asked to write about Z for Zachariah, because it was a film I had wanted to see since its premiere at Sundance. I decided to watch the film with the actor who is featured in most of my films, who is, oddly enough, named Cory Zacharia. I like to watch films with Cory because he has no sense of irony, sarcasm or pretension. He doesn’t follow cinematic trends; he just watches what he likes to watch, which makes for a more unfiltered, organic response. To give an example, I recently screened my latest short, in which he is the lead. Curious to hear his take, I asked what he thought. His response: “It was OK, I guess, but to be honest I was hoping it was gonna be a little more exciting.”

I watched Z for Zachariah once alone and then again with Cory. I hate reading articles or reviews that just give a recap of what the film is about, so I’ll keep it brief: a woman (Margot Robbie) seems to be the last person alive after some kind of radioactive catastrophe. However, by chance she meets a scientist (Chiwetel Ejiofor), they have a vague, lukewarm romance, and then another guy (Chris Pine) shows up, and a love triangle ensues. I can’t say that Z for Zachariah is my favorite Zobel film, but I can say that there is a lot about the film that is impressive. The milieu of the film itself is captivating, filled with stunning landscapes and dilapidated structures. The three performances in the film are all stellar. There is a secrecy to each character that lures you in to wonder about their past, who they are, and what they want. And there’s a final scene between Ejiofor and Pine that again plays into Zobel’s fascination with deception. This, for me, was the most interesting scene; he holds the truth back even from the viewer. Ultimately, however, the narrative of Z for Zachariah didn’t move me as much as Zobel’s other work has. Cory described it as “kinda like that Walking Dead show, but without any zombies or action, ya know? But dang, that girl is pretty hot!” A simplistic read of the film perhaps, but one that I somewhat understood — a story about a post-apocalyptic world without much of the madness that seems to take place in most other dystopian fantasies.

As a filmmaker, I was very interested in what it was like for Zobel to make the jump from Compliance, a film featuring mostly unknown actors, to a project such as Z for Zachariah, in which all three characters are played by good-looking Hollywood A-listers. While this likely garners audience attention, it does make the film seem as though it’s saying only hot people make it to the end of the world. Not to denigrate the acting talent of all three leads by mentioning their attractiveness, but I would have loved to see what someone outside of the obvious glitterati, like his past muse Pat Healy, could have brought to Zachariah.

In the end, what stays with me about this film is Zobel’s attraction to the deception that lies in humanity at large. His fingerprint as an auteur is definitely on this film and, for me, that’s the most exciting part. There’s no doubt that Zobel can direct a big-budget film. If nothing else, he’s shown with Z for Zachariah he can take on virtually any script Hollywood has to offer. However, as he continues on, I just hope he doesn’t lose what makes him most interesting to me: his affinity for liars and his ability to find truth in those who are most dishonest.

Mike Ott studied under Thom Andersen at Cal Arts, where he received his MFA degree in Film/Video.  His films include Littlerock, Pearblossom Hwy, Lake Los Angeles and his new Untitled Denver Project, which was co-directed with Nathan Silver. Mike’s films have won numerous awards, including an Audience Award at AFI Fest, a Gotham Award and an Independent Spirit Award. 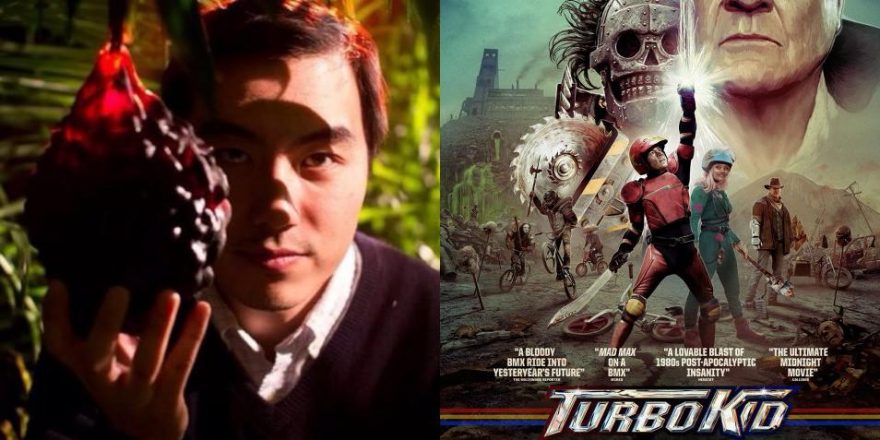