Etan Cohen is a director and screenwriter, known for penning such films as Idiocracy, Tropic Thunder, Men in Black 3, Madagascar: Escape 2 Africa and the upcoming Will Ferrell and Mark Wahlberg comedy Daddy’s Home. His directorial debut, Get Hard, starring Will Ferrell and Kevin Hart, hits theaters in March 2015.

I’m the dad of 11-year-old twin girls. So when I saw the marketing for Kenneth Branagh’s new entry into the Disney Princess canon, my gut reaction was — how are they going to pull that off? Because what the hell business does Cinderella have being in 2015?

Anecdotally, if there’s one common denominator among my daughters and their friends, it’s that they’ve all seen the Disney Princess movies and are all consumers to a degree of the associated products.

And I think that explains the parental panic over these movies’ influence and the cultural tropes they reinforce: the pink, the passivity, the pining over a prince. This is famously articulated by Peggy Orenstein’s Cinderella Ate My Daughter, but I can also make the argument in pure screenwriting terms: What major studio releases feature a completely passive hero?

I always saw it as one of my duties to be a breakwater against the tsunami of Princess culture, which teaches girls to be nice and quiet and hope to be noticed.

Although fairy tale movies are still as popular as ever, they have drastically changed with the culture. The trend has been reactions, reversals, even parodies of the movies that came before. Frozen takes “true love’s kiss” and makes it about sisters. Enchanted was Disney’s full-scale satire of its own work. Brave’s princess shuns marriage and her love is maternal. My kids love these newer movies, specifically because of this.

And here comes Cinderella, elder states(wo)man of the Princess movies, returning to a world that has tried to move beyond her.

I took my daughter to the movie the day after her 11th birthday. She’s always been vociferous about what offends her as a girl — Lego’s condescending sets for girls, favoritism for boys in the classroom. She’s very sensitive to what she perceives as misogyny, so I thought she’d be a perfect person to watch this with. Plus, I love taking my daughter to the movies.

Here’s our conversation on the way to the theater:

Me: So what do you think of the old Cinderella?

A: The original is so good. Did you know some people think it used to be fur boots instead of a glass slipper? But it was mistranslated.

A: I read it somewhere.

[I’ve always thought we’d raised our kids to be skeptical viewers, so I push it a little.]

Me: Cool. So… you liked the original. Do you want the new one to be the same or different?

A: Well, I want the ending to be different. That she won’t just marry the prince, but maybe have a business with her mice, or something. I mean, I know that won’t happen, but I don’t want it to just be the old one except with real people.

Me: When I think about Cinderella, I think it says a certain thing about girls —

[I like that answer — the proto-feminist is alive and well. At this point, we drive by a Cinderella billboard.]

Well, to me that conflict is modern girlhood in a nutshell. How would Cinderella speak to kids both drawn to and insulted by the original material?

We take our seats in the theater. The lights dim. Here’s my internal monologue as we watch:

Ironically, before the movie there’s a Frozen short. An obvious reminder of the gulf between the “classic” Disney movies and the new. Female protagonists drive the story. The guys bumble around in comic relief.

A narrator tells us… Cinderella’s backstory?? The dead mom, a Disney classic, is now alive long enough to give Cinderella some deathbed advice which will become her mantra: “Have courage and be kind.” Now we understand.

Nifty trick by the movie: Cinderella’s qualities that were so infuriating in the original are now an active avenue for connecting with her mother. It was her mother who taught her to imagine herself a princess, to imagine magic and talk to animals. Cinderella is now inoculated against accusations of passivity. Her ambitions are now psychologized as connecting to her mom and preserving her family home.

I’m optimistic — filial duty is a step up from doormat.

Cinderella is active in every way (and also called “Ella,” which makes her more human, a real girl, in the real world). When her dad asks to remarry, she gives permission. Ella does chores because of economic necessity, not as punishment. (It feels like frugality and pragmatism, not oppression.) And she takes the abuse from her stepsisters because she thinks it’s what her mom would have wanted.

Side note: The stepsisters are no longer ugly, just mean, tacky and nouveau riche. Somehow, in the 60-odd years since the original, flaunting wealth and social climbing have become worse than physical ugliness. Hooray for us!

I start to think — forgive me — is Cinderella now a rom-com? There’s a meet-cute with the prince in the forest, and mistaken identity leads to love. The abstract aspiration to live in the palace has been replaced by romantic love.

Cinderella ends the encounter by telling the Prince her mantra: “Have courage and be kind.” To me, she seems to be wearing the pants in the relationship. (Are we still supposed to use the phrase “wears the pants”?)

The prince begins quoting her wisdom to the royal court. She is more than looks, he loves who she is inside. (But she’s still beautiful. We’re not ready for a plain Cinderella — let’s not get crazy.)

In the words of my daughter, “It’s still about a skinny blond girl in a blue dress.”

The ball has a different purpose now. No longer a wide net cast to find an anonymous beautiful girl, now it’s a ruse to find that girl the prince met in the forest. In fact, the movie makes a point of having him turn away equally or more beautiful women.

Side note: There’s a lot more color in the royal party and in the attendees at the ball. The prince remains lily-white, but his closest companion is Black and he asks if Cinderella has a sister. Off-topic, but I can’t imagine that line in 1950.

My daughter is transfixed by the movie. When the pumpkin turns into a carriage, she exclaims, “So pretty!”

Her skepticism is gone.

Then: “That’s the best dress I’ve ever seen!”

Now the Prince and King are talking and everyone is quoting Cinderella. My daughter: “Ugh, they’re all just talking like her and they think they’re so smart.”

I think she’s on Cinderella’s side now!

Now when the Prince tracks her down, the narrator tells us that Cinderella’s test is to “be seen as we really are” — this is the scariest thing for all of us. The movie is now universalized and made to be about self-realization.

The movie is over. Before the lights come up: “That’s my new favorite movie!”

We discuss on the way home.

Me: Why did you like it so much better than the original?

A: Well, this one felt more like “believe in yourself” and less like a fairy tale. Some of it was cheesy — nacho cheesy — but they gave her background. You understand that she’s not sad just because her dress got ripped. You understand it was because it was her mom.

Me: So is what this one’s saying different or the same?

A: It’s half and half. The “have courage, be kind” thing is nice, but still you can’t be too kind. You can’t just say yes to everything people say. When you do that, you don’t speak out for yourself.

Me: And why was this story better?

A: Because she says, “Have courage and be kind.” I don’t think most princess movies say that. It’s less about, “Oh, I want a boy! They’re gonna kiss! Oh, he’s so nice, he’s going to try to find her!” It’s more about a girl trying, not about how a boy is trying. Still, she let them push her around too much.

Me: But you also said this was your favorite movie…

A: Yeah, because it’s good. There’s a difference between it having the right messages and being good.

It’s a good movie, but what kind of annoys me is she’s saying the whole time to have courage, but the only time she finally has courage is because she gets the prince. I thought she should have courage, and then when the Prince sees she has courage, that’s when, you know…

Me: And what’s the message of other fairy-tale movies?

A: Most of them are just pretty girls and they’re skinny and in dresses and they want to kiss the princes. So, basically, in other movies there’s no message at all. I mean, I can’t think of a message in Sleeping Beauty. At all.

Me: But at least this one has an idea.

A: Yes! And in the future maybe there will be more ideas.

[And I think: “That’s what they deserve. More ideas.” Then she surprises me.]

A: But you know, it’s still fun to watch the old Cinderella. It is a classic even if the message isn’t good.

I understand now. She’s old enough to make her own decisions. She’s smart enough not to be swayed by a cartoon. She doesn’t need her father to tell her.

By now we’ve arrived home. We walk to the house. It was a great evening. She’s still 11, and we can still enjoy a princess movie together.

Etan Cohen is a director and screenwriter, known for penning such films as Idiocracy, Tropic Thunder, Men in Black 3, Madagascar: Escape 2 Africa and the upcoming Will Ferrell and Mark Wahlberg comedy Daddy’s Home. His directorial debut, Get Hard, starring Will Ferrell and Kevin Hart, hits theaters in March 2015. 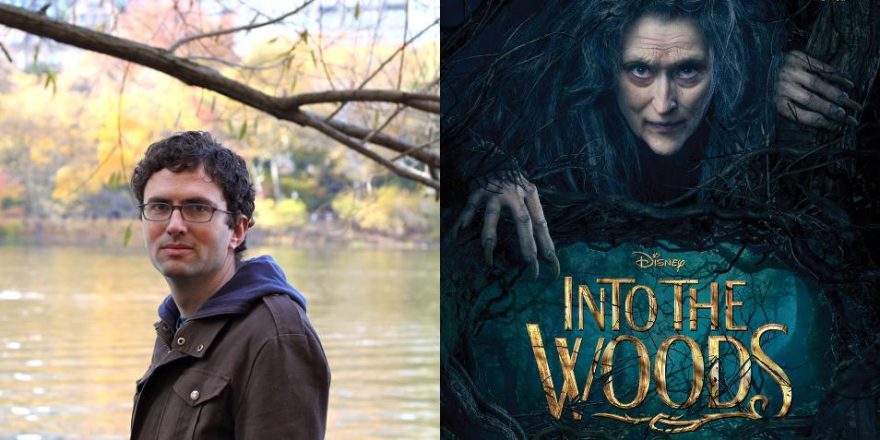