This Christmas, the Flaming Lips and Yoko Ono release a 7” featuring two cover songs. The A-side is “Happy Christmas (War Is Over),” a version of the 1972 Christmas classic by John & Yoko/Plastic Ono Band, and the B-side is “Atlas Eets Christmas,” from the Flaming Lips’ limited-edition 2007 Christmas album, released under the pseudonym Imagene Peise.

The artwork for the single is virtually identical to the advertising campaign undertaken by Yoko and John Lennon during their famous 1969 Bed-In protest, except with “Yoko Ono and the Flaming Lips” in place of “John & Yoko.” It begins with Wayne Coyne’s most Lennon-invoking multi-tracked vocal, as glucose-sweet synths and swirling organs build towards atmospheric peaks over a marching beat. However, while it is immediately evocative of the Flaming Lips’ house style, the most prominent and compelling feature of the song is Yoko’s voice, riding above everything with her refrain:

I don’t believe this version of “Happy Christmas (War Is Over)” is meant to live up to its original. It’s not a reboot, nor could it be a revival, considering that the original is still prominent on so many Christmas playlists, and scores of artists, from Sarah McLachlan to the cast of Glee, have covered it. Yoko’s choice to revisit her own song feels like a continuation, as well as simply exercising a creative instinct. In dueting with Wayne Coyne, she removes any sense of exclusivity associated with the legend of John and Yoko. It’s as though the concept, rather than a particular sound recording, has always been the object of the original creation. Like a brain-scrambling riddle, the concept continues to grapple with the mind’s existing programming before impressing upon you, at its core, the utter truthfulness of its declaration. It continues to resonate with world events, and, sadly, has never lost its relevance in the forty-three years since it was released.

When I first heard that Yoko Ono was covering “Happy Christmas (War is Over),” I thought of MIA.  On November 18th, as several US states announced their plans to close their borders to Syrian refugees, she tweeted, “The world I talked about ten years ago is still the same. that’s why it’s hard for me to say it again on a new LP. can u just play the old1.” Although she dropped Borders only a few days later, her tweet put in my mind a question about the futility of trying.

Why, for example, does Yoko Ono keep trying? Arguably, her efforts with John Lennon contributed to the end of the Vietnam War, but there have been many other wars since then. Why put another recording into the world, when the first one failed to change the system? Her new song arrives at a time when music might be incapable of ending one war, let alone inspiring lasting change. Young people today offer a stark contrast to the youth of the ’60s peace movement. Instead of being electrified by a single new sound, they listen to all the sounds, all the time. Instead of discovering the new choices available to them, they drown in an overload of choice. In music today, it is impossible to imagine a musician coming up with even one new idea, or a musical hook, that hasn’t been recorded already.

But I think of the events of the last month, and all the ways in which music has come into use. Such as the pianist Davide Martello, who drove a piano to the Bataclan to play “Imagine” to the crowd. Or the Eagles of Death Metal’s open covers project, in which all proceeds from versions of “I Love You All the Time” will be collected by their publishing company and distributed to victims of the Paris attacks. In times of senseless violence, the creation of music becomes an act of defiance — the choice of love over death, once seen in Yoko’s decision to place John Lennon’s still-bloodied glasses on the cover of 1981’s Season of Glass, the first album she recorded as a widow.

When I think about this, I start to realise that music is one of the only environments in which futility cannot exist.

The new version of “Happy Christmas (War Is Over)” might not make an impact on culture in the same way as its original, but it is effective as a ward against misery and violence. The concept lives in its repetition, like the continuing of a mantra — one which we should all hold in our minds as the next period of human history unfolds. On the other side of the vinyl, you will find another mantra, in a phrase sung by Wayne Coyne on “Atlas Eets Christmas.” It’s a simple phrase, as familiar as the smell of your family home as you return for the holidays: “Love is all you need.“ 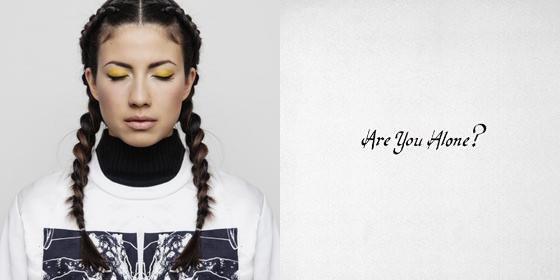 Emmy the Great Talks Majical Cloudz’ Are You Alone?