The set-up of Grandma is simple: confrontational former poet Elle Reid (Lily Tomlin) agrees to help her teenage granddaughter Sage (Julia Garner) find enough money to afford an abortion by the end of the day after she gets pregnant by her “sort-of” boyfriend (Nat Wolff). The pair travels across town, dropping in on eccentric friends, acquaintances and exes who might be able to lend them the cash.

In addition to Tomlin and Garner, this Sundance indie boasts an impressive supporting cast, including Marcia Gay Harden, John Cho, Sam Elliott, Laverne Cox, Judy Greer and the late Elizabeth Peña (in one of her last roles), giving performances that are both heartfelt and engaging.

Visually, writer-director Paul Weitz and his team use techniques to keep the scenes feeling realistic and down to earth, despite the film’s formidable Hollywood cast. The cinematography is often handheld and noninvasive, usually complemented by minimal lighting and production design. The locations are low-key, and most of the scenes that take place in a public setting have very few extras. Aesthetically, everything is focused on creating intimate environments in which the cast’s performances can shine.

With his talented ensemble, Weitz brings to life a diverse set of characters that feel true to the world of his film and are memorable without being overly quirky. While most of the supporting cast is only on screen for a scene or two, each actor has genuine chemistry with Tomlin, who functions as the film’s lynchpin.

Most of the principal characters in Grandma are women, including three generations of one family played by Tomlin, Harden and Garner. There’s a push and pull between these three characters, each trying to do what she thinks is right in this difficult situation – and with each actor bringing emotional sincerity to her performance. Even Harden, who has the least screen time of the three, gives a performance that hints at genuine vulnerability in a character who is outwardly stern and staunchly opinionated.

As Weitz’s film gives the audience a chance to understand the different viewpoints of these women, the familial relationships portrayed in Grandma could potentially resonate with a wide audience. This leads me to the point that’s been on my mind since I watched this movie last week: I would love to see more female-led movies that don’t feel like they’re being made exclusively for a female audience.

I know I’m hardly the first person to voice this opinion on the Internet, and whether or not you think Grandma is (or isn’t) one of these movies about women and aimed solely at women is subjective. What I think is most interesting about Grandma is that Weitz, as a male writer-director, didn’t seem to be nervous (in fact, from what I understand, this was something of a passion project for him) about taking on the complex relationships and issues in the film that undeniably require a female perspective.

For the record, I don’t have a problem with men making movies for and/or about women. As a female writer-director, I want to write and direct male leads as much as I want to write and direct female leads. It all depends on what’s right for the story. However, if someone asked me to write about the relationship between a grandfather and grandson as the grandson prepares to go through some kind of particular experience only a male can go through, I would be a little apprehensive. I’d probably say, “I can write about my relationship with my grandfather, but I’d need a little help with the aspects that are unique to the male experience.”

I have this perspective on screenwriting because I’ve convinced myself that the only way I’ll ever write something authentic (and therefore something that an audience will relate to) is if I only write characters that go through things I myself have gone through. It doesn’t have to be the most literal translation of an experience or an emotion, but that nugget of truth has to be in there somewhere. And this is why I’ve struggled with the idea of being told I “can’t” write male lead characters, or shouldn’t.

I think there are ideas and feelings that connect to the human experience no matter who you are, and those are the aspects of Grandma I liked the most. I don’t want to spoil anything, but Sam Elliott plays a character whose conflicting emotions about why Elle and Sage have showed up on his doorstep is both heartbreaking and grounded in a sense of reality. You understand how he feels, even if you wish he felt differently. This is the kind of writing that works – these types of characters are the ones that feel like people you actually know, not just the ones you see in movies. 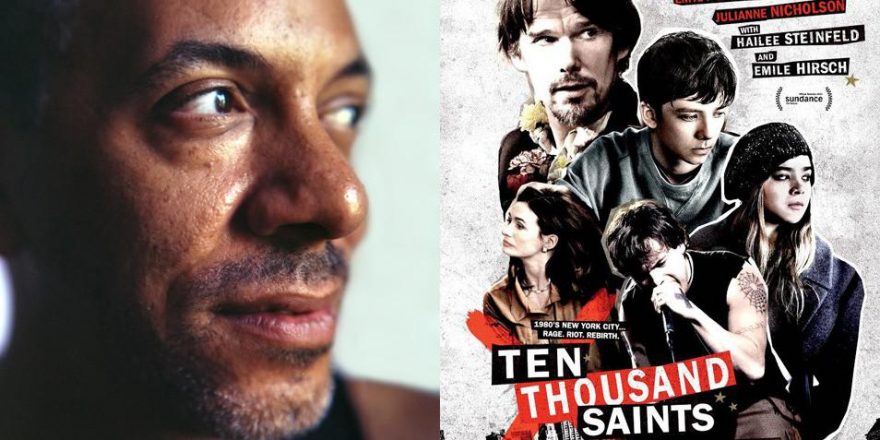