Tis the season to be jolly! And that means festive music, decorations, lots of sweets and, most importantly, holiday movies! TV networks even turn all of their programming over to Christmas for the 30 days leading up to it! Now, don’t get me wrong, I am here for it. It’s a magical time of year, even for those who don’t celebrate it. Sure, Jews have Hanukkah, but I haven’t seen any networks doing the “8 Nights of Hanukkah Movies!” And that’s mostly because we don’t really have Hanukkah movies. (*cough* *cough* Hallmark, get on it!) But that’s OK, and we’ve accepted it.

As a person who doesn’t celebrate Christmas, holiday movies have been extremely educational for me. Maybe you too have learned about the meaning of Christmas through timeless holiday movies. There’s definitely enough of them to go around! And if you do celebrate Christmas and find yourself reading this, well, this is groundbreaking! I hope you consider this an experiment in understanding Christmas through the eyes and ears of an envious Jew. This a guide to the eight most informative holiday movies to teach you about the true meaning of Christmas. Sure, there are tons more, but I picked eight to represent the eight nights of Hanukkah. We don’t have Santa, but we have the number eight!

1. Home Alone (1990)
When I think of Christmas movies, Home Alone is the first one that comes to mind. It’s the ultimate classic! This movie teaches you things like, who needs family on Christmas when you can have the whole house to yourself? Growing up, this movie taught me the true meaning of Christmas: Treat yourself! Especially to a large cheese pizza and share it with no one. So many people say Christmas is a time to be with family and friends. But then you look at Kevin McCallister, who is having the time of his life, and it just so happens to be Christmas! This movie is a perfect representation of how amazing the holiday season can be if you’re antisocial, a homebody, or need a break from people in general. Some may say it’s a silly comedy about a kid who was left behind, but I watch Home Alone and see a movie about independence, and rising above the conventional holiday standards of spending time with the family. Even a burglar makes it seem more fun and exciting! 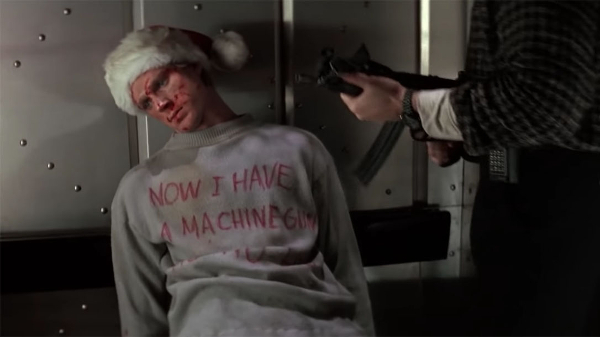 2. Die Hard (1988)
Ah, the controversial Christmas movie that takes place on Christmas Eve. (So the answer yes, it is a holiday movie! Don’t @ me!) Die Hard tells the story about a detective who goes to his estranged wife’s company holiday party and it is invaded by German terrorists. Luckily he’s a cop, so he’s able to fight the terrorists, making this an event you don’t normally see on Christmas Eve. This movie puts into perspective what’s difficult around Christmas. If you think hating your in-laws is the worst part of the holiday season, imagine having to walk barefoot on broken glass in order to fight 12 terrorists. Whatever is happening in your family is not nearly as dangerous as the Christmas Eve in Die Hard! (Unless you live in Nakatomi Plaza …) 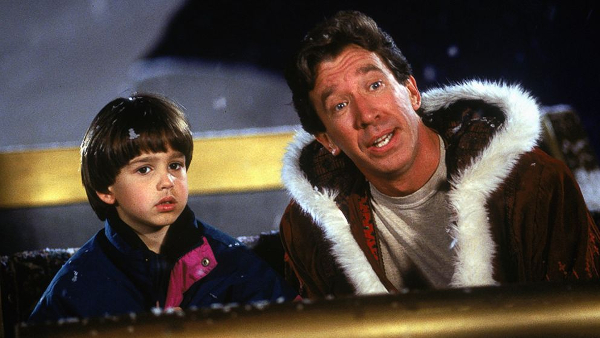 3. The Santa Clause (1994)
This was the first movie to give me a realistic idea of who this Santa guy really was. All I knew before this film was what I saw in malls: a big guy with white hair, a white beard, glasses, and black boots. I didn’t know he also was Tim “The Tool Man” Taylor! But it makes sense that Santa would also be a handyman. Who else could have trained all the elves? The Santa Clause is about a guy who has to become Santa after he maybe causes him to die (?), which shows that anyone can be Santa. (If you think about it, this movie is the Tonya Harding scandal of Christmas movies.) This movie teaches you that Santa is real, and he can be anyone if you make it happen. All you need is to put on the suit! Here’s a real guy, who gets rid of Santa and then transitions into him. It’s bizarre, for sure, but it humanizes him in a way that I want to believe is true. Because, if we’re being honest, no one can have that much cheer when they have billions of houses to stop by with presents. 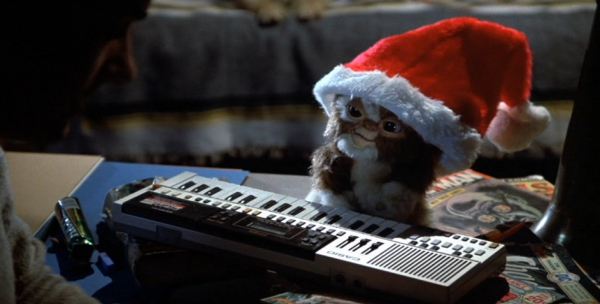 4. Gremlins (1984)
Now, this is a movie with a valuable lesson: Always pay attention to the instructions on your presents! After Billy receives a little furry creature called a “mogwai” for Christmas, he is told to not let it eat after midnight, not to expose it to direct light, or come in contact with water. Of course, every one of the rules is broken, and the town has to deal with these little devil creatures that murder people, aka “Gremlins.” Tough Christmas! But this movie translates to real life in a lot of ways. You probably won’t get a mogwai for Christmas, but you may get a puppy! Or a coffee maker! Two great presents that have important instructions. So when you receive a Christmas present, read the instructions! Pay attention to what is told to you! And save yourself from a horrifying event. 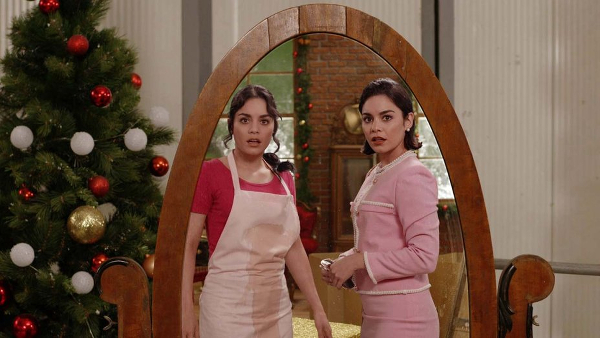 5. The Princess Switch (2018)
There have been some more recent movies that have also taught me the meaning of Christmas, including this one which premiered on Netflix last year! The movie is based on a stranger giving a woman a tip that Christmas wishes can come true. And they’re right! It’s also the twin-switching movie of the decade, starring two Vanessa Hudgenses! If that doesn’t already sound like a cheerful time, what does? This movie is basically if The Parent Trap happened on Christmas. It’s about seeking a better life, mostly to prove you’re doing great in front of your ex. The holidays can be a stressful time for relationships, but this movie shows that if you go out into the world and find your doppelgänger, then you could switch places for two days! Avoid the stress by not being you! The lesson learned here is that on Christmas, you can potentially escape your life, as long as you can pass for another person. 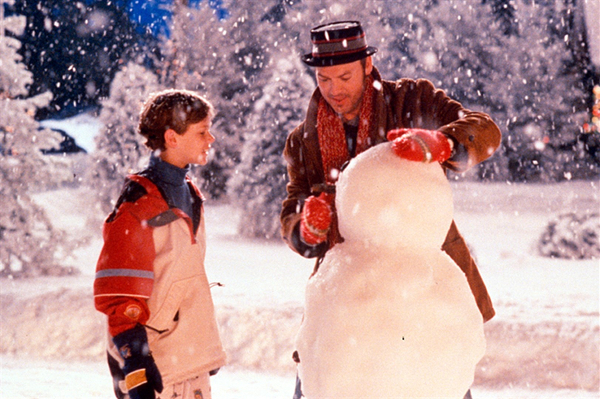 6. Jack Frost (1998)
The first time I saw this movie was the day before school closed for Christmas vacation and the teachers showed it to my entire school. I learned a very important lesson that day: Even family members die around Christmas. It’s quite a sad and horrifying story for a holiday movie, but we need these kinds of reminders! Plus, it’s not all sad. Michael Keaton’s character dies in a car accident but then comes to life in the body of the snowman that his son makes. It sounds bizarre, but it teaches us so many lessons about Christmas! Lessons like “magic is real” and “reincarnation is even more real.” I don’t think he would have been able to become a snowman if it weren’t Christmas time. It’s all about believing, and then your dreams will come true! And in this case, we learn that bringing back the dead is not at all an inappropriate wish. Make sure not to confuse this with the 1997 low-budget horror film also called Jack Frost, about a murderous snowman. This Jack Frost is lovable Michael Keaton! 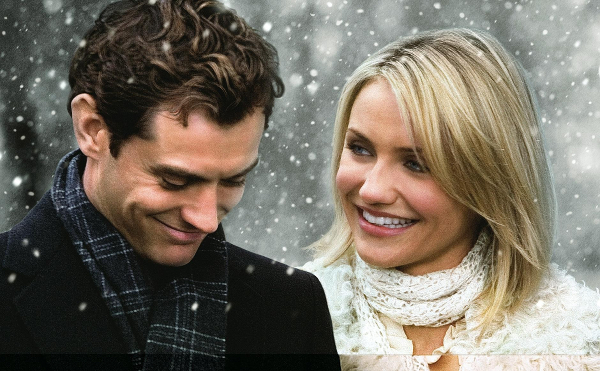 7. The Holiday (2004)
This was an epic holiday romcom that I still watch whenever it airs on TV. It’s the movie that made me realize another theme of the holiday season: Everyone wants to be somewhere other than home for Christmas. In this movie, Cameron Diaz and Kate Winslet’s characters swap houses (and lives) for the holiday, after they both decide they need to get out of town. In very different circumstances, they both seem to fall into relationships and fun plans for the holiday. Seems easy! This movie teaches you to go with your gut and if your gut says get out of town, then do it! You may find a new life and a new family and enjoy the holiday more than you anticipated. Also, a bonus thing I learned is that even if you live in sunny L.A. (where Cameron Diaz’s character lives), you can still have fabulous cold weather coats, because hers steal every scene they’re in. 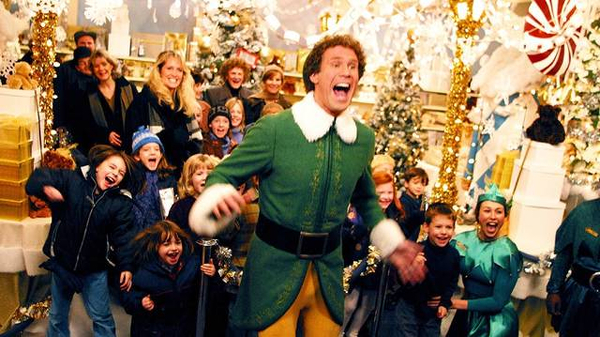 8. Elf (2003)
If you haven’t seen this movie, I am so sorry. It’s actually the greatest holiday movie of all time, in my opinion. It teaches you all of the holiday lessons through the experiences of Buddy the Elf (Will Ferrell), who spends his first Christmas after leaving the North Pole in New York City. Buddy learns that almost everyone in New York City is angry and mean, especially around Christmas. He also learns that people are lonely and depressed all winter long. It’s a very realistic take on the holiday, albeit sad and true! But Buddy the Elf’s electric energy is so naive and innocent that this movie feels like you’re discovering Christmas for the first time with him. Plus, Will Ferrell in tights is probably the only elf we could ever want. We don’t even need Santa anymore now that we have have Buddy the Elf as the representative for the holiday! He’s charming, and he taught me that maple syrup and pasta actually do go well together perfectly. Yes, I’ve tried it. And to me, it tastes like Christmas!

Anna Roisman
Anna Roisman
Anna Roisman is a comedian, host, writer and actor in NYC. Anna is known for hosting HQ Trivia and HQ Words on the Emmy-Nominated app. She is a regular comedian on the Buzzfeed series, “Did You See This?” Anna’s work has been featured in the Tribeca Film Festival, New York TV Festival, Just For Laughs in Montreal, People magazine, New York Times, Los Angeles Times, Vulture, Huffington Post, Funny Or Die, Elite Daily, and more. She is the creator and host of the podcast Unemployed With Anna Roisman, and co-producer and host of Quickie Fest: The One Minute Movie Festival in NYC. She writes a bad movie column called “Am I The Only One Who Loves…” for Talkhouse. She also likes good movies too! Anna performs standup comedy and sings all over. For comedy videos, reels, and press, check out AnnaRoisman.com.
Anna Roisman
film essay
holiday movies
Steve Earle and Will Beeley Play Catch Up
Live Stream: WeTalk LA