OK, you caught me. I changed the quote. But these movies mean so much to me that I like to think I only updated the quote! Like a touch-up to seduce you into today’s piece on the Sex and the City movies. There are certain films that a niche group of people needed in order to survive in this world – and that a lot of other people wish didn’t exist. The Sex and the City movies are the perfect examples of films that some people actually needed, like medicine for a cold. And I’m one of those people who needed it. *sneeze* But here’s something I will never regret saying: If brunch lives on forever, so should Sex and the City! (OK, maybe I already regret it, but I felt powerful typing it.)

Sex and the City: The Movie came out in 2008, which was four years after the show’s series finale aired in 2004. That means we had four long years to mourn the loss of the fabulous foursome, which, according to science, should be enough time. Relationship experts say that it takes half the amount of the time of the relationship for a person to get over a breakup. So if we had six years of our relationship with Sex and the City on TV, and then 4 years without it, that means we were already in the clear of the mourning period. Look, if this math confused you, it confused me too. What I’m trying to say is, I’m so proud of all of us who made it through four years of relying on reruns like vitamins until we had a new Sex and the City, only this time – on the big screen!

First of all, both these movies are literal fashion shows for Patricia Fields, the costume designer of both the series and the movies. She’s an NYC style icon, and had the coolest store in the East Village. Trust me when I say, these movies can be watched on mute and you’ll still enjoy the fashion in every single scene. But also, don’t watch them on mute. Our girls are back! Yes, there are too many jokes about age, yes, their characters are more heightened than they were in the series, and yes, Carrie wears the same belt in almost every scene. But that’s what makes her so relatable! These movies were written carefully for people who live for SATC as well as people who were living under a big rock and may have never seen an episode of the TV show before. So, the pressure was on to convince a whole new audience that Sex and the City is about way more than single women who are “too much” to tie down! (By the way, that’s not my logline, but that of a fraternity guy I once tried to convince to watch the show with me. I was unsuccessful. I’m over it.)

The first Sex and the City film is basically a breakup movie, which is a smart way to ease everyone into the world of SATC. Everyone’s gone through breakups! Maybe not left alone at your wedding in the New York Public Library, but you’ve been ghosted while eating pizza on your couch before. And for fans who know these characters, this was just another day for Carrie and Big. Throughout the course of the series, Carrie and Big dated and broke up 347 times (give or take), so what’s one more for the movie?! It’s a little more dramatic, though, because it’s their actual wedding day. Carrie’s so upset that we see her with straight hair in the first scene of what would be her honeymoon in Mexico – which means something’s really wrong. Seeing a straight-haired Carrie is like seeing a ghost!

Aside from this major storyline, we still get classic moments from the fab foursome, who show you that you can cry over men at literally any age. This gives me hope for the next time I shed a tear in Penn Station, or when I cry in Penn Station 20 years from now! (I know I’m not alone on this one! God bless the Auntie Anne’s there.) One of the best parts of this movie is the legendary Jennifer Hudson. She has a pretty solid part and brings Carrie back to life and love (with a keychain). It’s cool to see her step into this world, though it still makes me question why JHud took this role after winning an Oscar for Dreamgirls?! (But that’s a whole other essay.) Seems like a step to the side, but maybe she’s a major fan! The first Sex and the City movie has a 50 percent rating on Rotten Tomatoes, probably for the characters’ ages, which are around 50. It’s kismet! That, or regular moviegoers didn’t understand the film because they’d never watched the show. Do your homework and watch an episode before you commit to a two-hour movie is all I’m suggesting!

Sex and the City 2 is where things get a little more controversial. I only say that because it has an extremely low Rotten Tomatoes rating, the reviews weren’t kind, and no one wants to watch it with me. But I’m here to tell you it’s worth a watch! Put it on the queue and order a bottle of Prosecco, because we’re going on vacation, babe! For me, this movie was an international sensation. (Literally, because half of the movie takes place in Abu Dhabi.) If you watch this one on mute, you’ll still enjoy the fashion, for sure, but you might also think it’s a documentary about four white women who don’t know how to behave in an Arabic country. But they sure bring style and charm to a place they’ve never even heard of! This film is full of hot men, hot outfits, and hot takes on culture. It’s kind of like how we view the news nowadays, where a lot of the time we’ll think to ourselves, “Wait, that was kind of racist … ?” But that’s how you know this movie holds up. Apparently only 15 percent of critics liked it, but it could be worse. It could be 13 percent, and that’s just an unlucky number! This movie is anything but unlucky, because who would have thought after the backlash from the first movie that they’d grant us with even more?! Plus, for all of the Aidan fans, there’s a steamy reunion that will turn you on. The real heart of this movie, though, is the fact that here are our four girls, living their best lives on a trip fit for a king. It makes you think, “Wow, and I thought Fort Lauderdale’s Aperol Spritz happy hour was impressive! They’re doing camels & Cristal!”

I’ll keep my fingers crossed for the day when they give us a third Sex and the City movie, and if I’m able to invest in it, I will! But for now, I’ll continue to sit at my desk in the window and type into a Mac while wearing a silk slip dress: And just like that, the movies ended, and the romance was laid to rest. But as they say, we’ll always have Paris On Demand!

Anna Roisman
Anna Roisman
Anna Roisman is a comedian, host, writer and actor in NYC. Anna is known for hosting HQ Trivia and HQ Words on the Emmy-Nominated app. She is a regular comedian on the Buzzfeed series, “Did You See This?” Anna’s work has been featured in the Tribeca Film Festival, New York TV Festival, Just For Laughs in Montreal, People magazine, New York Times, Los Angeles Times, Vulture, Huffington Post, Funny Or Die, Elite Daily, and more. She is the creator and host of the podcast Unemployed With Anna Roisman, and co-producer and host of Quickie Fest: The One Minute Movie Festival in NYC. She writes a bad movie column called “Am I The Only One Who Loves…” for Talkhouse. She also likes good movies too! Anna performs standup comedy and sings all over. For comedy videos, reels, and press, check out AnnaRoisman.com.
Am I the Only One Who Loves
Anna Roisman
film column
Sex and the City
Sex and the City 2
Pickathon Presents: Damien Jurado and Cedric Burnside
Introducing: Nik Freitas’s “Flowers” 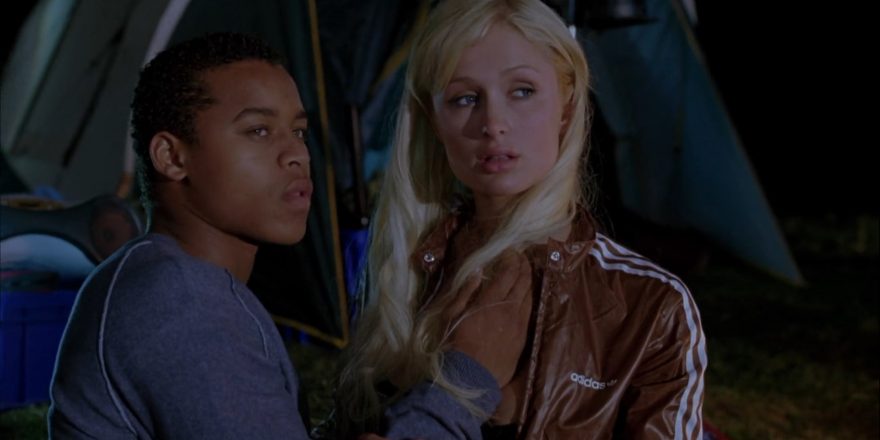 Am I The Only One Who Loves … House of Wax?