Few contemporary directors are as consistent when it comes to making their films feel like events as Quentin Tarantino; as I write this, his Once Upon a Time in Hollywood is premiering at Cannes to a level of anticipation I can only describe as the cinephile equivalent of the first moon landing. It was a bit surprising, therefore, when Tarantino dropped a new edit of his 2015 Western The Hateful Eight on Netflix this April with relatively little fanfare. When The Hateful Eight: Extended Version popped up in my “trending now” list alongside the usual serial killer documentaries, teen rom-coms and Cheers reruns, I assumed it was the same cut Tarantino released theatrically as a 70 mm “roadshow” engagement. (Up until now, all the home video releases of The Hateful Eight have been the 168-minute version as opposed to the 187-minute roadshow cut.) Even when I saw that Netflix had broken the film up into four “episodes” as though it were a limited series, I assumed it was just the roadshow edition split into segments. Then I came across an interview with Tarantino on Slashfilm.com in which the director revealed that he and editor Fred Raskin had indeed recut and reimagined the film as a series with around 25 minutes worth of material that hadn’t been previously seen. Suddenly the Netflix version sounded a whole lot more intriguing, especially since it meant seeing more of a movie I consider one of the great American films of the decade.

I’ve been an obsessive Tarantino fan since I first saw Reservoir Dogs at the Chicago International Film Festival in 1992, but even as an admirer I was floored by the leap in ambition that The Hateful Eight and the previous two films in Tarantino’s oeuvre, Inglourious Basterds and Django Unchained, represented. He was already a great director before Basterds, a genre stylist so wildly inventive that the emotional depth of his writing – his ability to find the most exquisite cinematic ways of expressing longing and missed opportunities in Jackie Brown, or his poignant and scathing portrait of the ultimate dysfunctional relationship in Kill Bill – was often missed by his detractors (and even some of his fans). But with Inglourious Basterds, a World War II movie that rewrote Hitler’s final days with electrifying conceptual audacity, Tarantino added a whole new component to his work. The engagement with history and culture continued to broaden and deepen in Django, an enraged, profoundly sad yet bitterly and scandalously funny Molotov cocktail of a movie that paved the way for the even more cynical and penetrating view of race relations on display in Hateful Eight. No movie in 2015 more accurately summed up the bile at the heart of present-day America, or saw how low it still had to go; the misanthropy of Tarantino’s vision that turned off many critics at the time of the movie’s release feels almost tame less than four years later.

Inglourious Basterds was to Tarantino what Unforgiven was to Clint Eastwood or Schindler’s List to Steven Spielberg, the movie in which an already important filmmaker shifts into a higher gear, initiates a new phase of creative determination and risk-taking, and enters the pantheon of all-time great directors. In its two theatrical cuts, The Hateful Eight felt like a kind of fruition of all that Tarantino had begun working toward since Basterds: his preoccupations were distilled into the stripped-down form of a 1950s TV Western, which were then given epic grandeur by both the Ultra Panavision 70 mm photography and Tarantino’s willingness to explore every moment and idea from as many angles as possible. Interestingly, this sense of epic grandeur is not lost at home in the Netflix version, which is divided into four episodes of roughly 50 minutes a piece. In altering the original six-chapter structure, Tarantino and Raskin do more than simply add deleted material to the film; they force us to absorb all of the material in a different way, to look at it from a completely new standpoint, with different climaxes and additional moments of repose and contemplation.

This is in keeping with what was always one of The Hateful Eight’s greatest strengths, namely its sophisticated manipulation of point of view. When the movie was originally released, some commentators found Tarantino’s decision to shoot in 70 mm perverse given the confined location, revealing their fundamental misunderstanding of the aesthetic possibilities of the format. In fact, Tarantino utilizes the properties of 70 mm to remarkable effect, using the increased width of the frame and the sharpened depth of field to cram every shot with multiple viewpoints and multiple layers of information. While I would never argue against losing one’s self in the majesty of The Hateful Eight on the big screen, it does gain something on television in that it’s easier to take in the entire image all at once and appreciate the elegance of Tarantino’s visual design. His camera is constantly probing and reframing to shift our identification from one character to another, creating a tapestry of perspectives that serves as an ironic counterpoint to the self-serving, isolated nature of the individuals who populate the story.

The extended length of the Netflix version of The Hateful Eight allows Tarantino to push this idea further than the theatrical cuts, as he not only presents multiple points of view within the frame but restages an entire sequence with subtle shifts in camera position that privilege different characters. The most revelatory development in the extended cut is the expanded role of Joe Gage, played by Tarantino favorite Michael Madsen. Gage takes on a more essential role in the action not only in the repeated sequence I mentioned but throughout the film, as Tarantino and Raskin provide additional reaction shots and alternate coverage of Madsen’s performance – he doesn’t necessarily “do” more here than he does in the theatrical versions, but he provides a delicate sense of values in a world almost totally void of morality. We get a sense in this version that Joe Gage has a good nature and basic code of honor, however faint it may be, and there’s a greater sense of pathos to his ultimate fate as a result. Madsen comes across as though he’s playing a mirror image of his sociopathic character in Reservoir Dogs, a film that echoes throughout The Hateful Eight in the same way that Eastwood’s Unforgiven was in dialogue with his own earlier The Outlaw Josey Wales. The Hateful Eight is essentially what you get when you cross Reservoir Dogs with John Carpenter’s The Thing and Sam Peckinpah’s episodic television work, filtered through Vincente Minnelli’s sense of spatial relationships.

Yet it’s so much more than that too, and its epic length combined with the confined location yields some of Tarantino’s most understated yet bold formal innovations. The Hateful Eight is simultaneously a masterclass in ensemble blocking and contains some of the most evocative studies of the human face in close-up this side of Ingmar Bergman. The film is filled with frontal compositions in which the characters seem to be addressing the audience, confronting us with the ugliness of our culture’s divisions and prejudices; this confrontational quality is both more intimate when viewed at home and more relaxed in the Netflix edit, which takes on the leisurely pace of event television to cast a hypnotic spell on the viewer. Tarantino isn’t just using the Netflix opportunity to carelessly slap a bunch of deleted scenes back into his movie, he’s reshaping the narrative for a completely different medium.

The Hateful Eight: Extended Version has the rhythms and pleasures of a great limited series, rhythms and pleasures that aren’t necessarily better or worse than the theatrical cuts, just different. With this Netflix experiment Tarantino joins Terrence Malick, whose Criterion re-edit of Tree of Life similarly reimagined and reinvented its source material, as a filmmaker who is not only willing to embrace the expressive possibilities of contemporary methods of distribution but determined to take full advantage of them. The upshot, in my mind, is every bit as much an “event” as a new Tarantino theatrical release, and one that will give me plenty to chew on while I suffer through the agonizingly long two months until Once Upon a Time in Hollywood hits theaters. 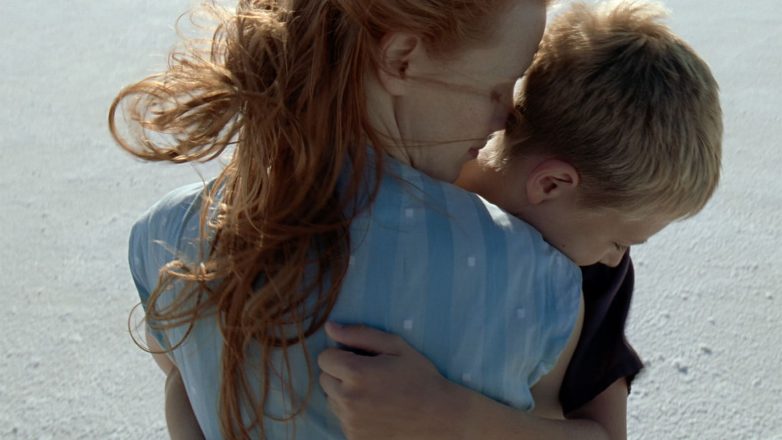