When I was five years old, my mother took me to see Buck Rogers in the 25th Century, starring Gil Gerard. Science fiction of any kind has always appealed to me, so I was happy to go along. Alas, my memories of that movie have long since faded away, and I believe it’s because of the trailer that played just before the feature presentation. It was dark, sinister, eerie and, more to the point, it was SCARY.

It was the trailer for John Carpenter’s Halloween.

When I was finally old enough to see this movie I was not only mesmerized by the story and its “hero” Michael Myers, but also by the music. From the main theme to the chase scenes, the score was perfection. This music did something for me in so many ways that it was inevitably the first thing I learned to play on guitar. When I found out later that Carpenter scored his own music, I was amazed. It only made me a bigger fan. It got to the point where I could spot a Carpenter score within a few notes — his music had that iconic flair to it. So imagine my delight when I was offered the chance to write about Lost Themes, the first proper album by the master himself — music for movies that don’t exist. I will admit I had some preconceived notions about what it might sound like. I was right on the money but also way off the mark, in very good ways.

First track “Vortex” has a cacophonous beginning, like a bunch of musical instruments being hurled down a concrete stairway. Then a classic Carpenter piano hook comes on, like the first appearance of our hero. As the piano is joined by a 4/4 kick drum pulse, the glorious rock overture commences without pretense or fat, just swagger. I can see the credits unfolding. I can also see where Trent Reznor must surely have gotten some of his inspiration, and that’s not a bad thing at all. Mr. Carpenter wrings darkness from the synth, with little hints of Pink Floyd here and there. For an unmade movie, he’s already got my money — and this is only track one.

“Obsidian” starts with glittering sparkles before the guitars and synth hook up for a musical midnight drive. This already feels killer — Carpenter is not only a superb composer but a great songwriter. He brings his hooks back just when something might be overstaying its welcome. There’s a nice divergence two or so minutes in, giving depth to a song that, at over eight minutes, might be daunting to a casual listener. But this music takes you places. Setting scenes using only music is no easy task but Carpenter and his collaborators (his son Cody Carpenter, and Daniel Davies, who co-scored 2014’s I, Frankenstein) do so deftly, bringing in somber moments to give the bigger rock points more punch and bite. “Obsidian” has great bottom end, wonderful musical flourishes and ends like a song should — with the butter that this bread deserves. It’s trademark Carpenter. “Fallen” makes me feel like escaping New York because the Prince of Darkness has finally arrived. I can’t believe I never figured out that Carpenter has a signature: piano and Moog synths warring with each other, thudding heartbeat drums and crazy modulations. “Fallen” has that signature too — it’s Rowdy Roddy Piper all out of bubble gum while Kurt Russell’s in Little China. The way the song shifts gears towards the end is an unexpected treat.

I really like “Domain” — the beginning is Gothic to the core and reminds you why Carpenter is a master of tension: just as you’re curled up and comfortable with that vibe, he tricks you with another inexplicable key change and sends you running down muddy alleys and darkened hallways in your head. Halfway through, a bouncy dance rhythm snags your pant leg and it gets even more interesting. All the while, those horror hooks keep driving you towards the dead end of the tunnel, and no one writes them better than John Carpenter. “Domain” is like Mr. Myers slowly stalking yet keeping pace easily, and the great gearshift at the end makes it my favorite so far.

But with any album devoid of vocals or narrative, there’s always the danger of repetition. “Mystery” is the first appearance of that beast — redundancy. Which isn’t necessarily bad since I love the composer’s music, and around the middle, frantic staccato effects and driving drums do provide a big pay-off, and it’s a good effect. But it doesn’t change my mind about the song. On later listens I will most likely skip this track.

“Abyss” is more classic Carpenter, this time with a melodic hook designed for a hero’s anthem. I could have used this music as a kid, charging into “battle” with my friends as I tried to save the world in our child’s play. It’s really good, but it might be a little long — and, frankly, that’s the problem I have with the album overall. It’s not that I don’t love it. It’s just that a soundtrack without a movie finds itself in danger of taking itself too seriously when allowed too much time. A score without a story still needs to get to the point. Luckily there are plenty of great musical points here, and my only beef with “Abyss” is that this hero’s anthem doesn’t come back again.

With “Wraith,” again, familiarity doesn’t work in its favor. However in the context of the movie we’re meant to envision, this works because certain themes feel like they come back from time to time. I only wish it was a different theme because this one’s a bit washy. I want more punch and bite. But just when I think I know what I want, along comes “Purgatory.” Here we go — “Purgatory” is all about just closing your eyes and enjoying the dark, brooding and solemn flavors of the music. It’s harrowing, the way the richness of the piano collides with the cosmos of the synth, then it gives way to a tasty cadence that teases possibilities to come. It’s my second-favorite track on the album; I wish a few more songs on the album had its sense of freedom.

On “Night,” the final track, the galloping keyboard intro makes a promise it never keeps. There’s a danger of an anticlimactic outro, but it presents itself well and is full of electronic landscapes, looking past the horizon for what’s next. Unfortunately, what’s next is the end of the album. But again, this feels like classic Carpenter. I would have gone with something more up-tempo for the last blast but it doesn’t ruin the whole, and that’s what matters.

I really enjoyed Lost Themes. Some people might feel that the less effective tunes might wear out the linoleum in spots, but overall this is damn fine work from a man who has influenced generations of filmmakers and musicians alike, myself included. If you appreciate scoring and mood, this is right up your alley, as dark as that alley may be. 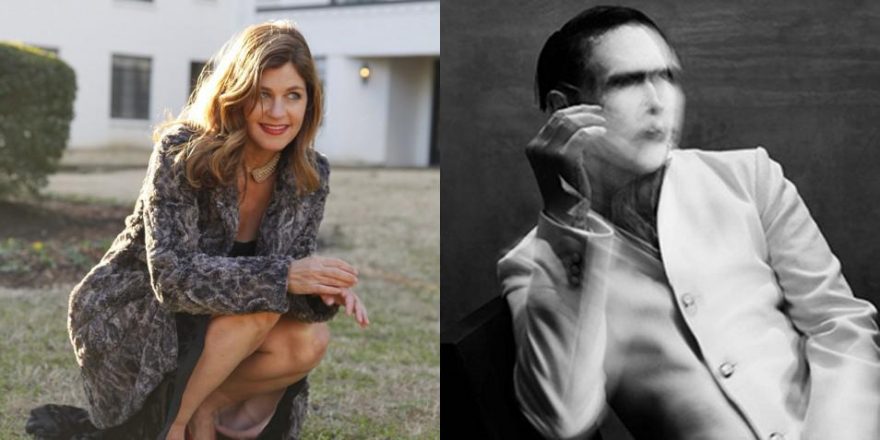