In order for you to properly assess my take on Mr. Miller’s recording, context is crucial.

I put my metaphorical hip-hop antenna down roughly around 1991 or ’92. The battle between good (Public Enemy, Queen Latifah) and evil (2 Live Crew, NWA) was increasingly meaningless to me, as I was trying to figure out how to learn Tin Pan Alley standards (does anyone even still know what that means anymore?) so I could keep the gigs I had with all the jazz legends I was starting to work with. I pretty much missed an entire decade of hip-hop. I was late to the Biggie and Tupac show. The whole Bad Boy vs. Death Row, east coast vs. west coast…I missed it. The only group I followed was my homeboys from high school, the Roots. But in 1994 and ’95, saying you liked the Roots didn’t get you any points in the hip-hop world, because they were considered too “artsy.” Apparently, they weren’t “real,” “ghetto” or “hood” enough. The foolish argument was, “A Tribe Called Quest tried to keep it positive and they couldn’t survive. You gotta be a real nigga today.” Between arguments like that and the dominance of the carefully chosen images of DMX, Snoop (Doggy) Dogg, Ol’ Dirty Bastard and Lil’ Kim, I made the decision to remove my already lowered hip-hop antenna completely off the hood (no pun intended) of the metaphorical car.

I started to slowly pay attention again at the start of this century. I felt like although hip-hop wasn’t a vital part of my musical make-up, I should at least listen to what’s going on. I discovered Outkast, Ludacris, Mystikal and Common. Some I liked, some I couldn’t stand. I then took a shot at Kanye. I was wondering what all the hype was about. After listening to College Dropout, I realized that the rhythms of hip-hop had grown exponentially since the last time I paid close attention. I was fascinated by the new standard of rhythm. It wasn’t just straight eighth notes anymore. It wasn’t just about rhyming at the end of every other phrase.

Which brings me to the subject at hand, Mr. Miller.

Hopefully, you can understand from my history that, although I still know little about hip-hop, I do know something about rhythm, narrative, basic musicianship and the search for self-expression. After listening to Mr. Miller’s latest recording, if I may use football terminology, it feels like he’s at midfield. In one end zone is a vulnerable, self-examining, cathartic storyteller, and in the other end zone is the sort of typical I-wanna-be-down-so-I-gotta-act-hard rapper. The fact that Miller has used so many different aliases in his short career — Delusional Thomas, EZ Mac, Larry Fisherman, Larry Lovestein, and the Velvet Revival — may prove that even he’s not quite sure which end zone to run to. Touchdown? Safety? Touchback? Take a knee? Well, on GO:OD AM, he does it all.

I dig the vibe of the opening “Doors,” but I can’t understand what the hell he’s saying. Maybe that’s the point. OK, that’s cool. This is about him coming out of his former addiction and the doors (or opportunities) that were closed on him at the time that he’s now working to get back into.

The next track, “Brand Name,” is hot. (“Ask her what she’s wearing…say it’s nothin but a brand name…”) Here’s where I have another question. I understand Mr. Miller is from Pittsburgh, but I don’t know anyone from the ‘Burgh who speaks with that accent. Is he true to himself, or is he trying to be hard? Is it faux attitude? I don’t know, brother, so I’m not calling him on it, I’m just wondering. The track is bangin’, though.

“The world don’t give a fuck about your loneliness,” Miller so eloquently states in “Rush Hour.” “Bitches kissin’ bitches like Ellen D” is clever. But I don’t know, something about these lyrics just seems a little too typical, even if it’s ostensibly autobiographical.

Actually, it sounds like the Roots heavily influenced the next track, “Two Matches,” evident with lots of minor and suspended chords. Real musicians, I love it. This is the first track where Mr. Miller starts to spit some heavy rhythm. He’s got that drummer thing happening. This brought me back to listening to College Dropout, when I realized that some rappers were working with real bands and writing long-form. Over the bar line. Using quarter and eighth note triplets. Three against four. Sixteenth notes. Sophisticated broken rhythms. Also on this track, the social observer in me is activated further when I realize that the first utterance of the celebrated word “nigga” comes when guest rapper Ab-Soul takes over. Something makes me shake my head about that. I happen to be one of those black men who gets a little annoyed when I hear my fellow brothers casually throw the word “nigga” out there. I mean, basically, if Mac Miller doesn’t say the word himself anywhere on his recording — and I don’t believe he does, does he? — then why should Ab-Soul? I actually know that answer to that, but that’s a separate article. If that’s how Ab-Soul wants to express himself, do your thing, baby.

I couldn’t wait to hear what “100 Grandkids” was about. Again, the track is slammin’, but a typical message — he’s proud of his hustle. It’s a very compact autobiography: “When I first made a hundred grand, thought I was the shit. When I first made a hundred grand, couldn’t tell me nuttin’.” I like the metaphor of grandkids and money, though. That’s slick. Next time my band members ask me how much the tour pays, I’ll say, “five grandkids.” Let’s see how they react.

There are seventeen tracks on this record, so I’m not going to give a description of each one, but suffice it to say, the lyrical content gets deeper as the record progresses. I find an amazing amount of variety in Mr. Miller’s delivery. He can get straight nasty (“Break the Law,” “Cut the Check”), he can get deeply metaphorical (“Perfect Circle/God Speed”), he’s even a pretty good singer (“ROS”). For my money, “Weekend (feat. Miguel)” is the track. I love the rhythm, it’s just funky. Mr. Miller is behind, in front of and in between the beat when he raps. As for its storyline, as well as “Clubhouse” and some others, yeah it’s typical, but Mr. Miller’s sense of rhythm is amazing. He’s got something special.

I reiterate that after taking in the bulk of Mr. Miller’s lyrics, I get the sense that he’s possibly a bit torn. I know that he has gone through a drug addiction, which he addresses at various points on GO:OD AM. We all have addictions to something. (Yes, you, too.) But I’m very curious to see which end zone Mr. Miller decides to run to during his career, which at this point, if he wants it to be, is still early in the first quarter. He certainly has the lyrical and rhythmic talent to run for at least 100 yards every time he touches the mic. We just need to see which way he’ll run. 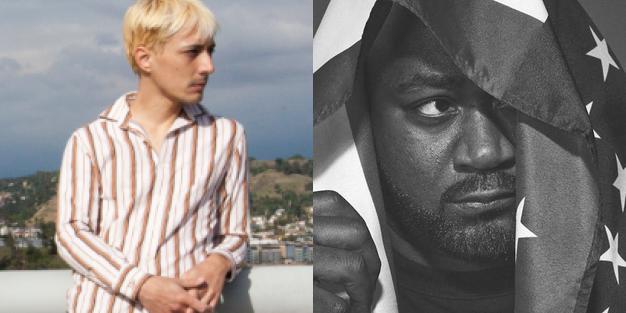 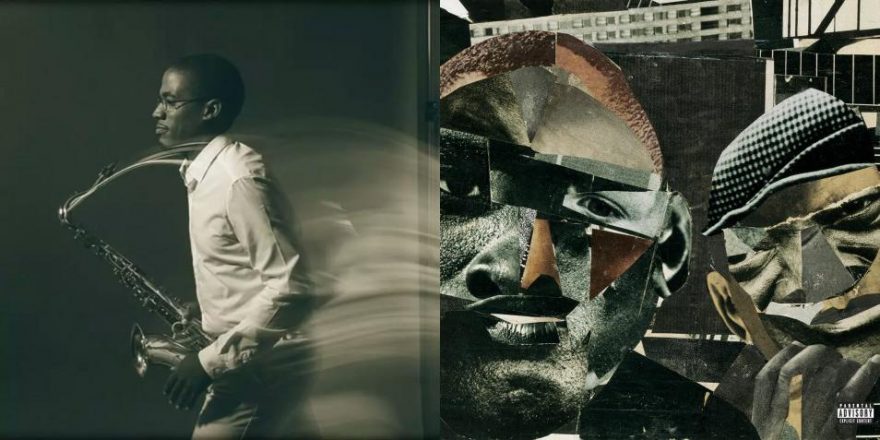