I’ve always made films about strong, complex female characters. In France, there is a tradition of portraying the complexity of women, a tradition of great roles for actresses in our cinema. For example, an actress like Isabelle Huppert could not have had such a career, and taken on such challenging roles, if she’d worked primarily in America. French actresses are not afraid to go into dangerous territory, not afraid to show that a woman can be a monster just like a man can. It’s a feminist act to show that women can be as bad as men.

After my previous film, Frantz, which was a more classical movie, critics and audiences seemed to think I was no longer the enfant terrible of French cinema. It surprised me and I didn’t agree. So I decided to go back to a more sexual movie. My new film, Double Lover, is a portrait of a woman suffering, about a very specific trauma. It’s always exciting for me to show sex scenes, because there are lots of challenges – what you show, what you don’t show, what reaction you provoke in the audience.

Double Lover is not a metaphor for the condition of women, it’s about a specific character. But each person watches the film through different eyes, and it’s the role of each artist to accept the audience’s view of their films, to be open to other interpretations, other perspectives. It’s always a very rich thing for me to see how my films escape my will and become something else in other people’s eyes, so I’m curious to see how American audiences will react to Double Lover.

I completely support the #MeToo movement, and think one of the best things about it is that it has lead to a dialogue between women; we are not in a Stalinist system, so there is not just one opinion. In France, there is a real dialogue between different kinds of women and different kinds of feminism, because women like Catherine Deneuve or Brigitte Bardot – despite their recent remarks – can be considered feminists of their generation. Deneuve, for example, fought for the right to have abortion in France in the ’70s, a time when you could go to prison for that. Catherine Deneuve and Brigitte Bardot are feminists, but they have not lived the same history as the current generation of feminists. I think there is a kind of misunderstanding between these two generations, but in the end they are both against sexual predators and the patriarchy, and so things will change because of this dialogue. They agree with the #MeToo movement, they just don’t want it to become a war full of hate and denunciation against men, and especially don’t want there to be censorship in art.

I, myself, am also a little concerned that a side effect of #MeToo will be some kind of puritanical censorship of the work of artists. I think it is imperative that as artists we retain the freedom to show the complexity of sexuality and of relationships. Although a film can be political, artists are not here to make political statements, or to say, “This is good and that is bad.” We shouldn’t have to censor our imaginations. We have to give the audience the freedom to judge and to feel, to have their own reactions, to differentiate between the story and the characters, and what the artist thinks. If a filmmaker shows a murder scene or depicts a misogynist character, it doesn’t mean he is a criminal or a misogynist.

What has to change with the revolution of today is the behavior of men toward women, and as a film director I always work in a relationship of trust with my actors and actresses, especially when shooting sex scenes. For me, it’s important to tell them exactly what I’m going to shoot, what kind of nudity will be in the film. I want to explain all this, because I know my actors are revealing a part of their intimacy. Because I like to work in an honest way with my cast, very often sex scenes are quite easy to shoot, as we have talked a lot about them before they are shot. In my films, a sex scene is a piece of choreography, so the actors know exactly what they have to do. I always want to respect my actors and foster an atmosphere of trust and confidence.

You don’t need to lie to the actors or to hide things from them to make them good in a film, so I don’t work like that. There are some directors who think they need to manipulate certain actors to make them better, but actors are very often more in touch with the character than the director is, because they are totally involved in the film, totally in touch with their character. I think this kind of manipulative behavior on set will be much less common now, and that’s definitely a good thing; some actors and actresses have suffered greatly in these situations, because as the director you have a lot of power, especially with young actresses and young actors. You are like a god. If an actor or actress has to depend on the desire and will of the director, sometimes they feel obliged to accept things they wouldn’t in reality, because it’s a film, because it’s their career. But I think the #MeToo revolution will change this kind of behavior. I certainly hope so.

As told to Nick Dawson by François Ozon.

The Politics of Female Orgasms in Hollywood 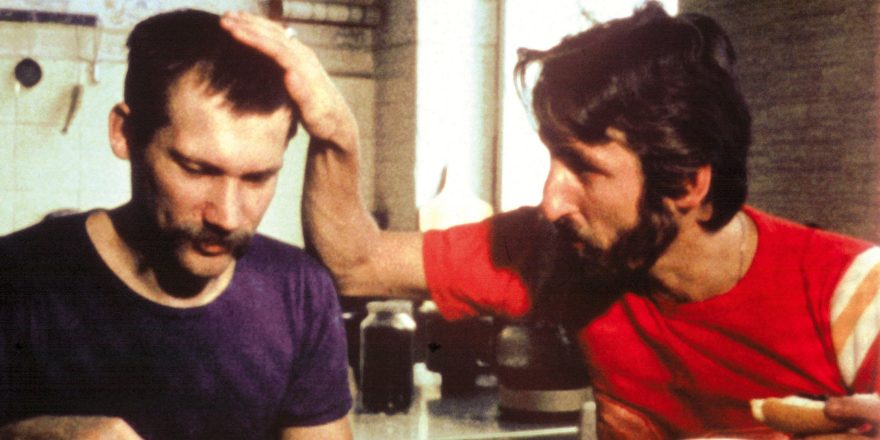