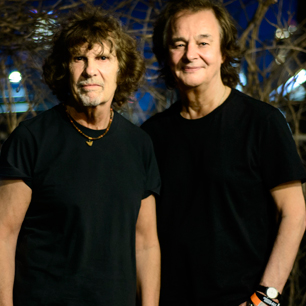 The Zombies and Hollis Brown

The Zombies are an English rock band. Formed in 1961 in St Albans and led by Rod Argent on piano and Colin Blunstone on vocals, the band scored US hits in the mid- and late-1960s with “She’s Not There,” “Tell Her No” and “Time of the Season.” Their 1968 album Odessey and Oracle, is ranked 80 on Rolling Stone magazine’s list of the 500 Greatest Albums of All Time.

The scrappy New York outfit known as Hollis Brown was formed in 2009. Drawing from a bottomless well of classic influences yet firmly rooted in the present, the band’s output has steadily evolved from the raw immediacy of its early releases to the more expansive, adventurous approach that fuels its bracing new album, 3 Shots.

Get ready for a true blue rock & roll history lesson.