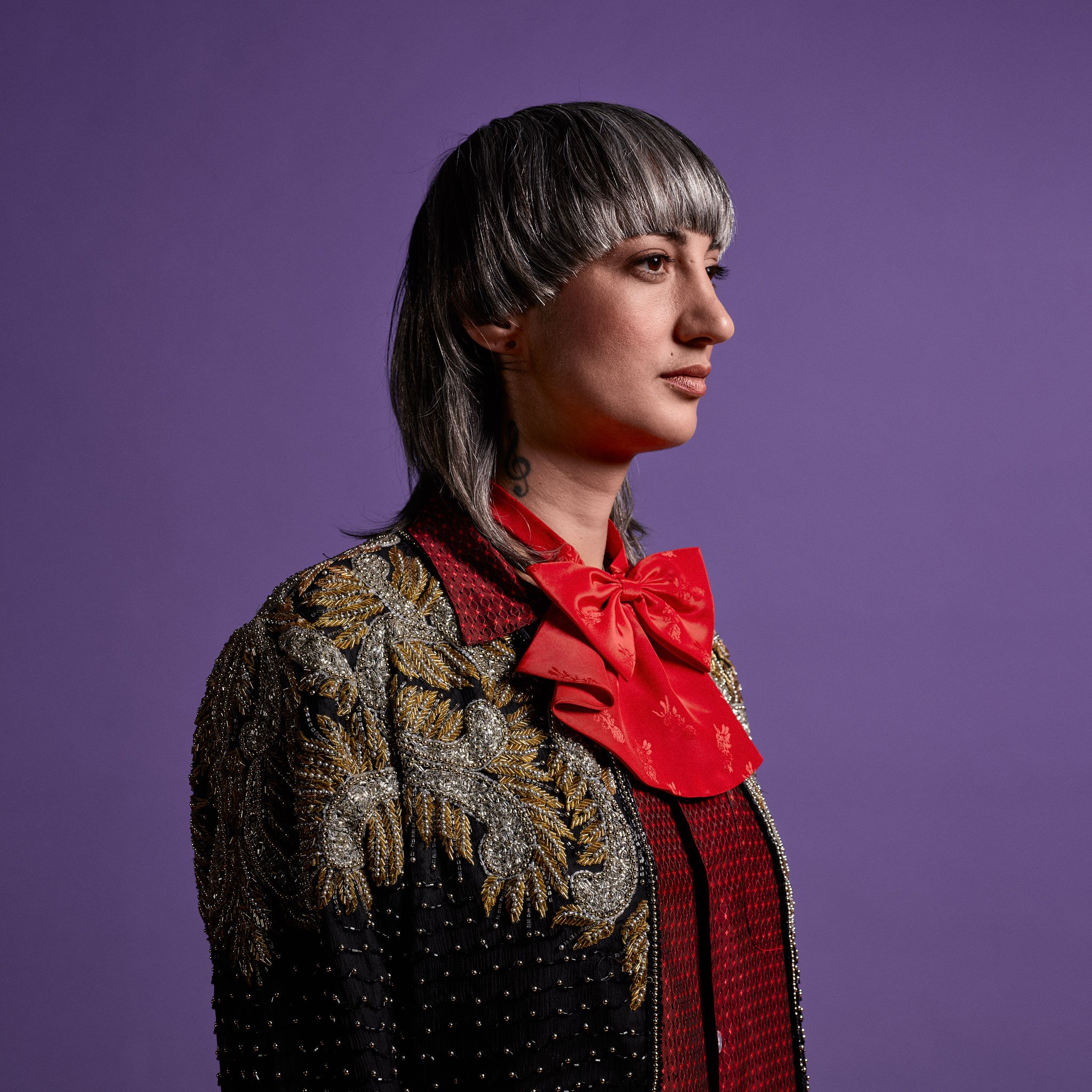 How far does our sentimental strength go? When do we turn to the other without any resistance? What is the breaking point? By showing emotional connections we become vulnerable. Existing together, we cannot conceive without the other. “I am another you” is a Mayan thought that blurs the limits of personal bonds, extending individuality to any being that we choose to look in the eyes, allowing us to find something shared in each others stare.

Entre Los Dos is the follow up to critically acclaimed Mujeres (NPR, Pitchfork, Billboard), Y La Bamba‘s most recently released full-length album (February 2019). This EP comes as a collection of portraits, affinities, and new visions birthed during Luz Elena Mendoza‘s frequent stays in the city of Guadalajara, Mexico. These are songs and powerful prayers, created with their purpose being to protect the land and its people, recognize the ancestry that burns in our hearts, and treasure wisdom weaving healthy bonds that reflect self-love with dignity.

Through the veins of front person Mendoza, runs Purepecha blood. Adapting to new environments over and over again, she has become someone who constantly questions and empowers through music: her great teacher and tireless companion.

The creative flow of Entre Los Dos moves without stopping, without resisting its own form. It adapts, migrates, and fuses with its environment and receptors. The adrenaline of a new beginning moves us, but also leaves a fragile space where the fear of being cornered and devoured may exist. When you float in foreign waters, you can not do more than surrender to doubt and become one with the death. The world is dangerous, and even more so when it comes to surrendering blindly to love.

RT @TenderLovingEmp: All TLE Records titles are 20% off using code "MUSICMADNESS20" through the end of the month on https://t.co/sQflCBWWya…

The premiere of a new music video, plus an essay about it by frontperson Luz Elena Mendoza.