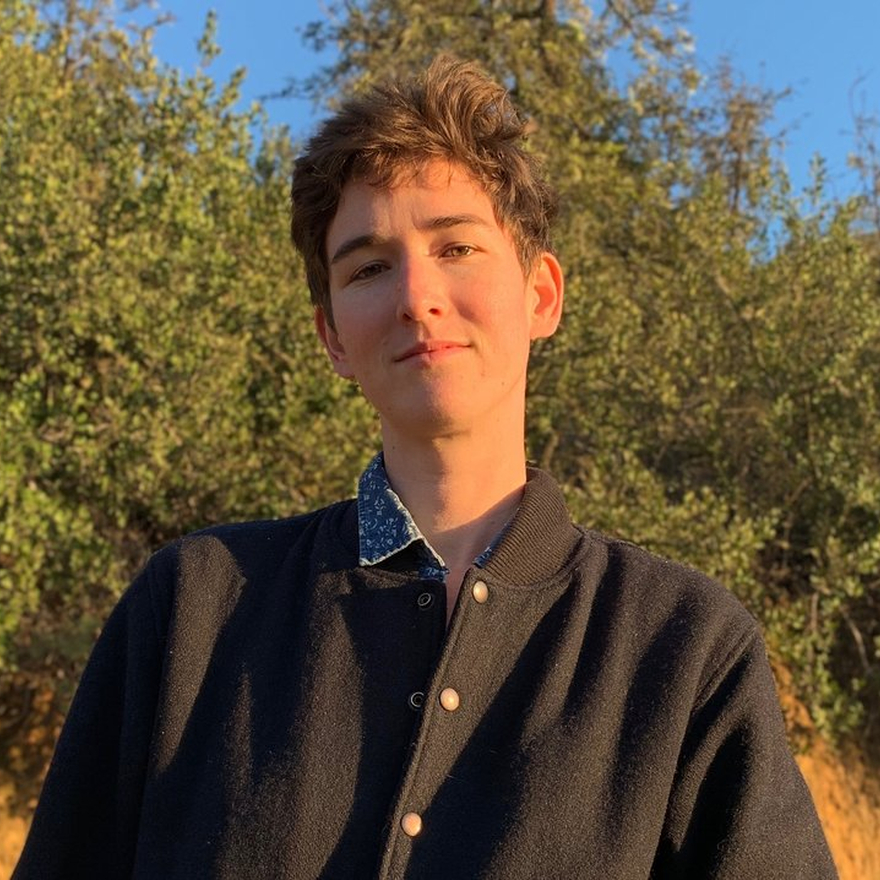 Cosmo Collins Salovaara is a filmmaker and editor from New York City, currently based in Los Angeles. His work is largely preoccupied with the retooling of gender and genre tropes. The Future is Then, his mid-1990s tech industry satire about a Trinidadian travel agent and the three white men who try to upend her business, premiered at the 2019 Tribeca Film Festival and was released on November 18, 2019 via BRIC TV. In 2017, his series Let Me Die a Nun, starring Ana Fabrega and Hari Nef, was nominated for a Gotham Independent Film Award. His feature-length script, Mariela al Revés, about a late-in-life lesbian who travels to Cuba for sex tourism, was selected for the 2019 IFP Project Forum. He has created branded work for companies like Kate Spade and Refinery29. He is an alumna of the 2018 New York Film Festival Artist Academy and a graduate of Johns Hopkins University. (Photo by Sessa Englund.)