Cosmo Collins Salovaara is a filmmaker and editor from New York City, currently based in Los Angeles. Their work is largely preoccupied with the retooling of gender and genre tropes. The Future is Then, their mid-1990s tech industry satire about a Trinidadian travel agent and the three white men who try to upend her business, premiered at the 2019 Tribeca Film Festival and was released on November 18, 2019 via BRIC TV. In 2017, their series Let Me Die a Nun, starring Ana Fabrega and Hari Nef, was nominated for a Gotham Independent Film Award. Their feature-length script, Mariela al Revés, about a late-in-life lesbian who travels to Cuba for sex tourism, was selected for the 2019 IFP Project Forum. They have created branded work for companies like Kate Spade and Refinery29. They are an alumna of the 2018 New York Film Festival Artist Academy and a graduate of Johns Hopkins University. (Photo by Sessa Englund.)

To watch a lesbian movie, TV show, digital morsel, while being lesbian (trans, non-binary, cis, or otherwise) sometimes implies a willingness to be sated by crumbs. Speaking for myself, we are so desperate for a reflection of our own experience, or at least something vaguely similar, that we are willing to tune into The L Word: Generation Q every week, even as its narratives appear to be fashioned from the liberal fantasia edition of Screenwriting for Dummies. A dutiful, completist lesbian is trained in the art of the hate watch. So when faced with an actually wonderful film about a lesbian experience, one that is made by someone who is both a lesbian and great director, I needed to watch it several times to begin to understand it. 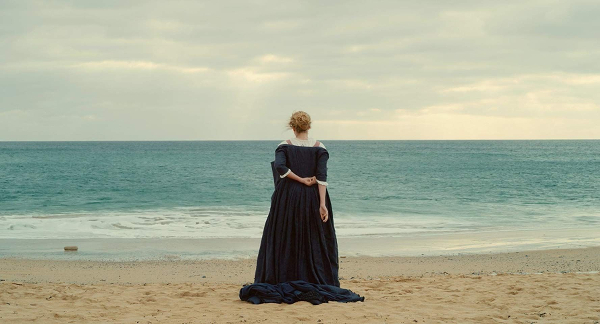 On my first viewing of Portrait of a Lady on Fire, the fourth feature from the writer-director Céline Sciamma, I was perhaps otherwise occupied and could not fully appreciate its holistic reworking of the artist-muse subgenre. Where traditionally the muse is rendered as an inert object, subject to the creator’s domineering genius, Portrait is concerned with the symbiotic relationship between two women of varying social and economic standings. (Credit where credit is due: Paul Thomas Anderson also tackles this paradigm in my favorite heterosexual romance this side of Gone Girl, Phantom Thread.)

Portrait is radical in its desire to portray a female-centric historical universe, in which men function as bookends and jump-scares; even when they impregnate, they are not seen. Though records of lesbianism in the 18th century are scarce, Sciamma has taken this historical footnote and expanded it into a fully realized world. The film’s cinematographer Claire Mathon echoes this when discussing the production’s decision to shoot on a RED over a film camera: “We didn’t want to highlight the past dimension … we wanted to invent our own 18th century … by giving it contemporary resonance.” With its milky lighting and resplendent colors, Portrait recalls the work of the Dutch masters, rendering the quotidian like a queer Vermeer. 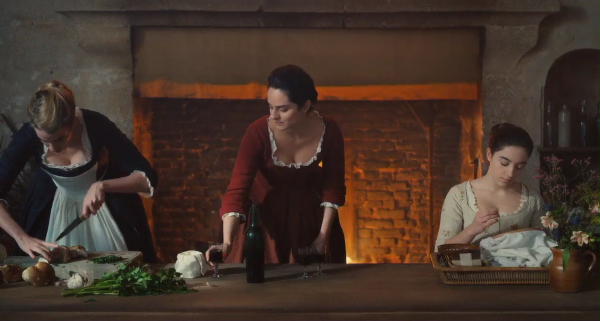 Portrait is structured through flashbacks, the bulk of which occur when Marianne (Noémie Merlant) is transported back to her two weeks with Héloïse (Adèle Haenel) some years prior, upon glimpsing the titular painting in her classroom. Héloïse’s mother (Valeria Golino) has hired Marianne to come to their château in Brittany to pose as a walking companion for her daughter. In reality, Marianne will be using these daily strolls as mental sketches to paint a portrait of Héloïse in the evenings. The mother insists the painting be carried out in secret as Héloïse refused to sit for the previous (male) painter, precisely because she rejects the portrait’s purpose: a preemptive token in exchange for an arranged marriage to a Milanese gentleman. Héloïse also happens to be her mother’s second choice for the task: her late sister threw herself off a cliff to circumvent the very same wedding. Sitting before her own decades’ old portrait at the château, Héloïse’s mother explains how, when she first met her husband, her likeness was already waiting for her in the home; she has mentally reworked the bargaining chip as a signification of ownership, turning the objective into the subjective. 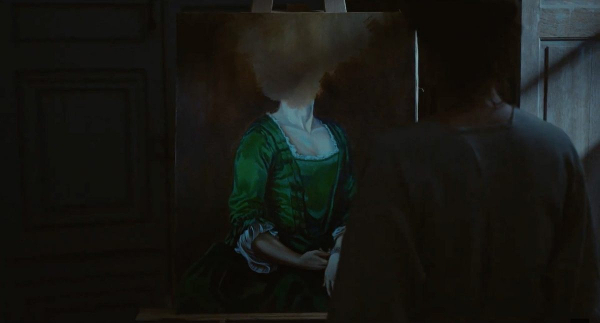 The move from object to subject is central to Héloïse and Marianne’s relationship as it is to Sciamma’s fusion of form and function. Before we meet her, the audience can roughly sketch Héloïse as the sum of second-hand details: a blonde ex-nun with an impertinent streak. Sciamma seems intent on letting us project, teasing out the long awaited glimpse of Héloïse as much as she can. First comes Marianne’s thwarted attempt at a peek when she moves to examine the canvas of her forbearer, the camera floating behind her, before reversing to reveal her shock at the painting’s missing face. A similarly woozy approach is employed during Marianne’s eventual meeting with the real Héloïse, which is again prolonged as the latter bypasses a formal greeting and hightails it outside to the cliffs, her back to us all, before finally turning around. The camera on a tight lens, Marianne studies Héloïse’s features, the cartilage in her ear, with the kind of professionalism employed by someone who is being paid to render one’s physical qualities and not much else. Héloïse is a job, an object, although interestingly (and purposefully), the shot language that conveys this contract is most often used throughout cinema to imply infatuation: a literal closer look.

But does Marianne actually see Héloïse? Once Marianne is forced to come clean about the true nature of her employment, Sciamma employs a smash cut from Héloïse to the portrait to emphasize the flatness of Marianne’s rendering. Héloïse rips into her likeness, claiming it has “no life, no presence” and that it’s void of any passion from the artist’s perspective. Marianne defends herself in somewhat didactic fashion, using the male-authored conventions as an excuse for her detachment. She has leaned on the constraints to apply a kind of objective representation of Héloïse. The not-so-subtle implication is that when women adhere to patriarchal standards, we have trouble seeing one another for who we are. To eradicate this mold, Marianne decides to start fresh, with Héloïse agreeing to pose just beyond the canvas, closing the physical and emotional gap between the two women. Just as their relationship evolves to more even footing, the camera begins to adopt a more objective stance, no longer assuming Marianne’s point of view, and even more consistently placing the two in the same frame. During one of their sitting sessions, Marianne makes flippant reference to her dominant standing, only to have Héloïse counter that the two of them, painter and subject, are in the exact same place: their gaze falling upon one another. Soon, it is Héloïse who lets Marianne know when it’s time to paint. 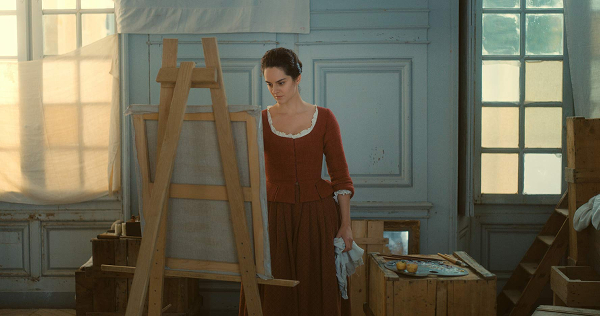 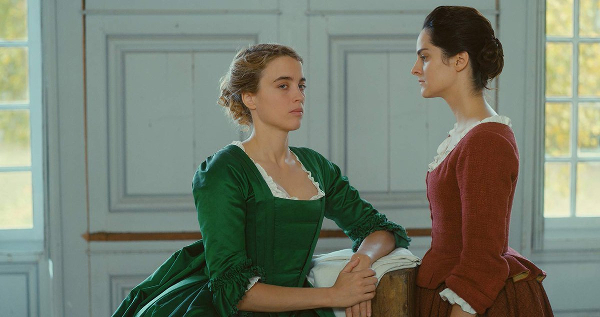 Some quibbles have been made about Sciamma’s decision to continue the lesbian-favored tradition of an “unhappy ending,” or, a nod toward realism given the social customs of the time. Even though Marianne and Héloïse don’t end up together, Sciamma duly honors their truncated relationship by using the myth of Orpheus and Eurydice as a kind of touchstone for the couple. After Héloïse reads the myth aloud, Marianne declares Orpheus’s decision to turn and look at his wife, sending her to death, as “the poet’s choice.” He chooses not to have her, but to have the memory of her, just as Marianne is both haunted and consoled by the memory of her time with Héloïse. Indeed the experience of watching Portrait of a Lady on Fire is akin to the feeling of having unearthed a hidden work of art, a great love story lost in the margins for not reflecting the writers of history.

Cosmo Collins Salovaara is a filmmaker and editor from New York City, currently based in Los Angeles. Their work is largely preoccupied with the retooling of gender and genre tropes. The Future is Then, their mid-1990s tech industry satire about a Trinidadian travel agent and the three white men who try to upend her business, premiered at the 2019 Tribeca Film Festival and was released on November 18, 2019 via BRIC TV. In 2017, their series Let Me Die a Nun, starring Ana Fabrega and Hari Nef, was nominated for a Gotham Independent Film Award. Their feature-length script, Mariela al Revés, about a late-in-life lesbian who travels to Cuba for sex tourism, was selected for the 2019 IFP Project Forum. They have created branded work for companies like Kate Spade and Refinery29. They are an alumna of the 2018 New York Film Festival Artist Academy and a graduate of Johns Hopkins University. (Photo by Sessa Englund.) 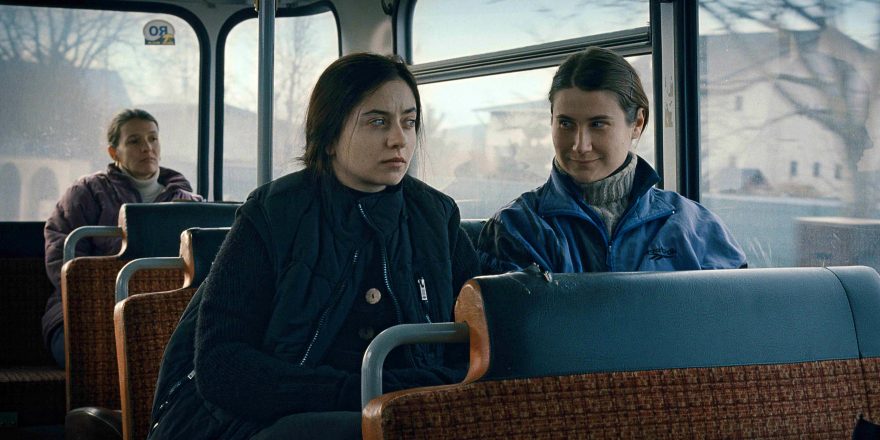 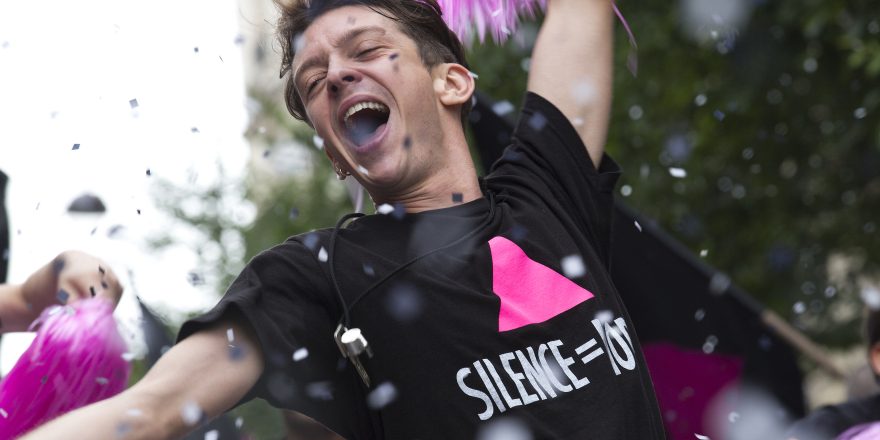