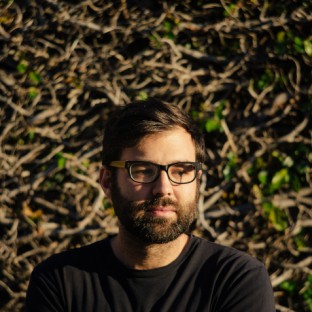 Michael Mohan’s new film, the erotic thriller The Voyeurs, starring Sydney Sweeney, Justice Smith, Ben Hardy and Natasha Liu Bordizzo, is out now on Amazon Prime Video. Mohan received critical acclaim for his short film Pink Grapefruit, which premiered at Sundance Film Festival and won the Grand Jury Award for Narrative Short at SXSW Film Festival. He co-created and executive produced the Netflix original series Everything Sucks!, which he also directed. This ’90s-set coming-of-age series, which also stars Sydney Sweeney, became an instant cult favorite, as many LGBTQ+ youth across the globe still use it as a tool to help them come out to their parents. Additionally, Michael wrote and directed the independent film Save the Date starring Lizzy Caplan, Alison Brie, and Martin Starr, which premiered in competition at Sundance and later released by IFC Films. Previously, Michael was the senior coordinator at the Sundance Writing and Directing Labs, under Michelle Satter. Films developed during his time there include Taika Waititi’s Boy, Cary Fukunaga’s Sin Nombre, and Dee Rees’ Pariah.

Writer-director Michael Mohan on the erotic thrillers that were touchstones for his new movie.
After the death of its auteur, a mythic bad/good movie is getting a proper release. One of its early champions explains why it's so special.
An innovative narrative approach to telling the Apple founder's life story ultimately undermines this well-acted biopic.
The director and Greta Gerwig team up again for their most entertaining and impressive collaboration yet.
An epic look at an epic film, and how the rules of the world work (or don't) in Nolan's latest magnum opus.
What happens when a filmmaker watches movies with a completely open mind? Well, sometimes inspiration comes from the strangest of places...
In spring 2005, after learning that Lukas Moodysson’s new film, A Hole in My Heart, was opening only on one screen in NYC...
You’ve all seen the advertisements for Nicholas Stoller’s new film, Neighbors, the current #1 movie at the box office...