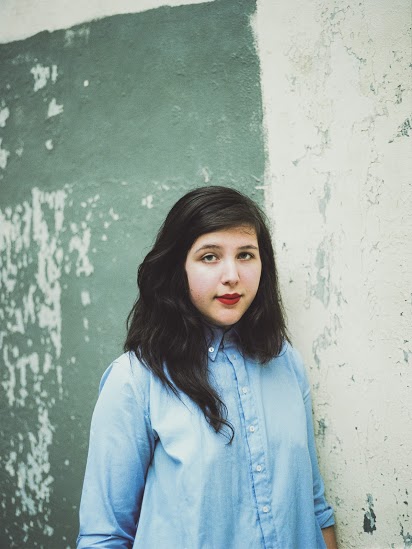 Lucy Dacus is a singer and songwriter who emerged from the thriving indie rock scene of Richmond, Virginia, in the mid-2010s. She sports a buttery voice that commands both her thoughtful rock tunes and more intimate confessionals. Born and raised in Mechanicsville just outside of Richmond, her mother was a music teacher, and Dacus grew up singing. She began writing regularly via journaling in the sixth grade, and attended concerts, connecting with the Richmond music scene throughout high school. After graduating, she tried studying film at Virginia Commonwealth University with a plan to make music on the side, but soon dropped out and concentrated on writing songs. Her debut was put together relatively last-minute when a friend who worked at Starstruck Studio in Nashville let her know they had an open day. She had assembled a band from area musicians in guitarist Jacob Blizard, bass player Christine Moad, and drummer Hayden Cotcher, and the songs, which had been written solo, were arranged for the quartet in the week leading up to a ten-hour recording session. The friend at the studio, Collin Pastore, engineered and mixed the album, which was co-produced by Dacus, Pastore, and Blizard. Richmond label Egghunt Records took interest in the results and released No Burden in early 2016. The album quickly received buzz in the indie music press, and the band did an Audiotree Live session in March that was released as a digital EP. That June, 21-year-old Dacus announced she had signed with Matador Records, which reissued No Burden in September 2016.

The friends talk ghost sightings, weird dreams, and bad boyfriends.
On How to Solve Our Human Problems, Pt. 3, Belle and Sebastian remind listeners that "everything is now."
The band's second EP in a three-part series explores family, relationships to God, friendship, self-love, and, of course, romance.
The band has succeeded in providing insights that might make the world better, one listener at a time.
One year after Bowie’s death, an up-and-coming songwriter reflects on Blackstar.