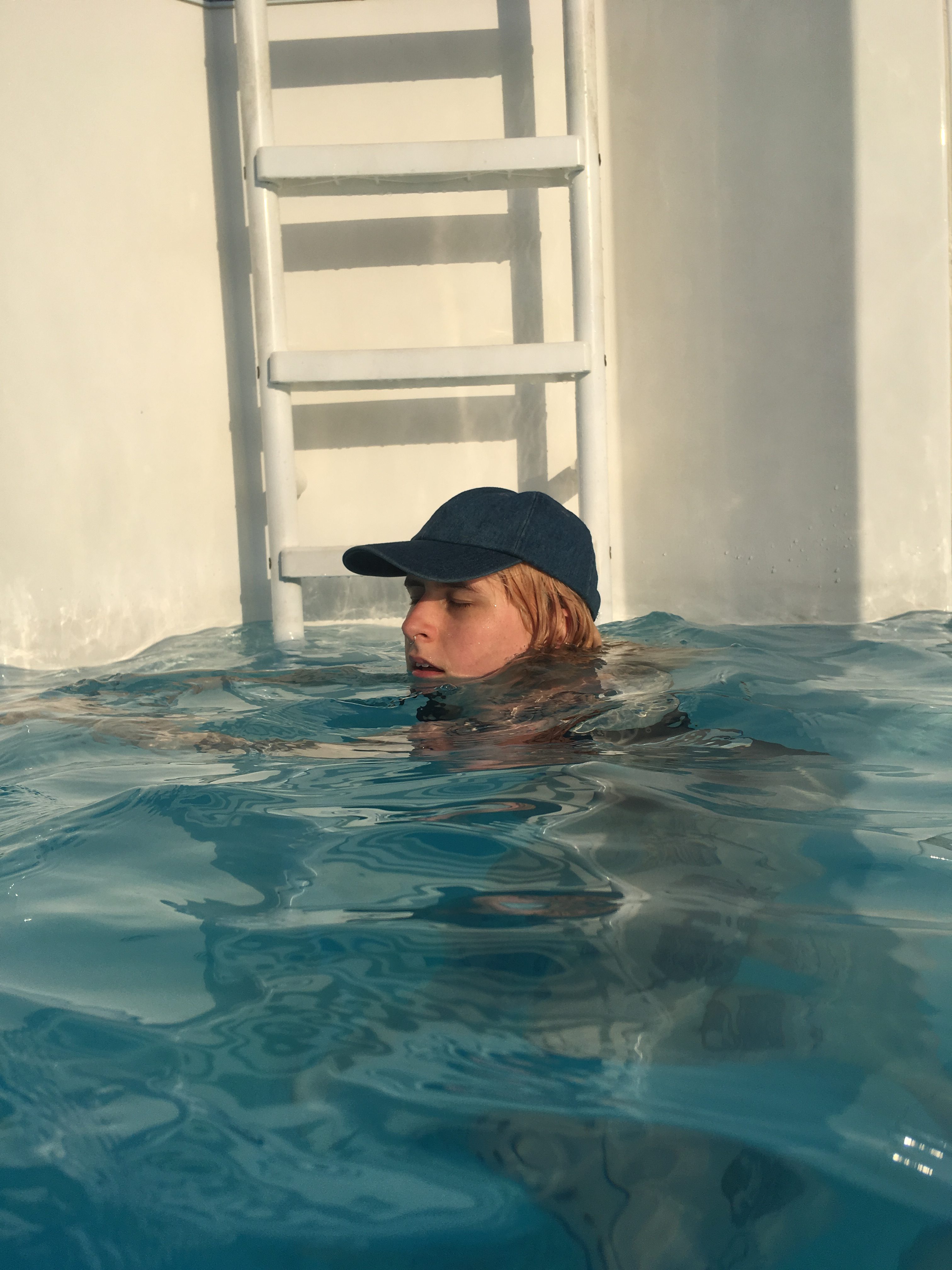 Lillie West initially started Lala Lala as a way to communicate things that she felt she could never say out loud. But on The Lamb, her sophomore LP and debut for Hardly Art, she has found strength in vulnerability. Through bracing hooks and sharp lyrics, the 24-year-old songwriter and guitarist illustrates a nuanced look on her own adulthood — her fraught insecurity, struggles with addiction, and the loss of several people close to her.

Originally from London, West moved with her family to Los Angeles, where she spent her teenage years, and later to Chicago, where she enrolled at the School of the Art Institute of Chicago. Inspired by those cities’ DIY music communities, she started Lala Lala as an outlet where she could process her new experiences, which often involved toxic relationships and partying around the city with beloved friends. The turbulence in West’s life throughout that period resulted in an abrasive but tender debut album, Sleepyhead (self-released, 2016). West decided to quit drinking, and she began booking her own DIY tours across the country. Sobriety provided her with a newfound sense of self and clarity, and she began writing the songs for The Lamb while also starting the process of re-learning how to live her life.

Across the album’s 12 tracks, West carefully examines the skeletons in her closet for the first time, hoping to capture honest snapshots of her past selves. After testing a handful of the new songs while on the road, The Lamb’s final form came together while recording at Rose Raft Studio in rural Illinois. Performed by West with Emily Kempf on bass/backup vocals and Ben Leach on drums, the musical arrangements of the album — blending post punk with dream pop influences that incorporate vibrant synths, a drum machine, and even saxophone — find a balance between light and dark, reinforcing these dynamic and intimate songs that will surely resonate.

RT @noname: I was talking to my granny yesterday on the phone and I asked her who she was thinking about voting for. She said Bloomberg. Sh…

The Chicago-based artist talks her favorite song (and music video) of the year.