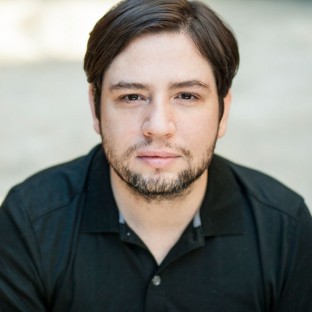 Independent Spirit Award-nominated writer/director/actor Jonathan Lisecki made his feature film debut with the romantic comedy Gayby (2012), adapted from the award-winning short film of the same title. He lives in New York and Los Angeles with his husband, New Yorker music critic Alex Ross. You can follow him on Twitter at @jonnynyc.

Another year and still no honorary #AcademyAward announced for Gina Gershon in Showgirls. Where is the justice?

Megan Griffiths, Joshua Leonard, Noël Wells and more pay tribute to the great writer-director, who tragically passed away on Friday aged 54.
A look at the efforts of film directors, producers and composers as they volunteer in battleground states for the 2016 Presidential Election.
Writer-director Jonathan Lisecki will be sharing his unfiltered thoughts on the monochromatic awards show from his "death couch."
The creator of the best new TV show of the summer chats about her (long-gestating) overnight success.
The new Marvel movie does so much right that you can forgive it anytime it goes slightly astray. It's the first great comedy of the franchise.
X-Men: Days of Future Past has been out for less than three weeks and has already made over $600 million worldwide...