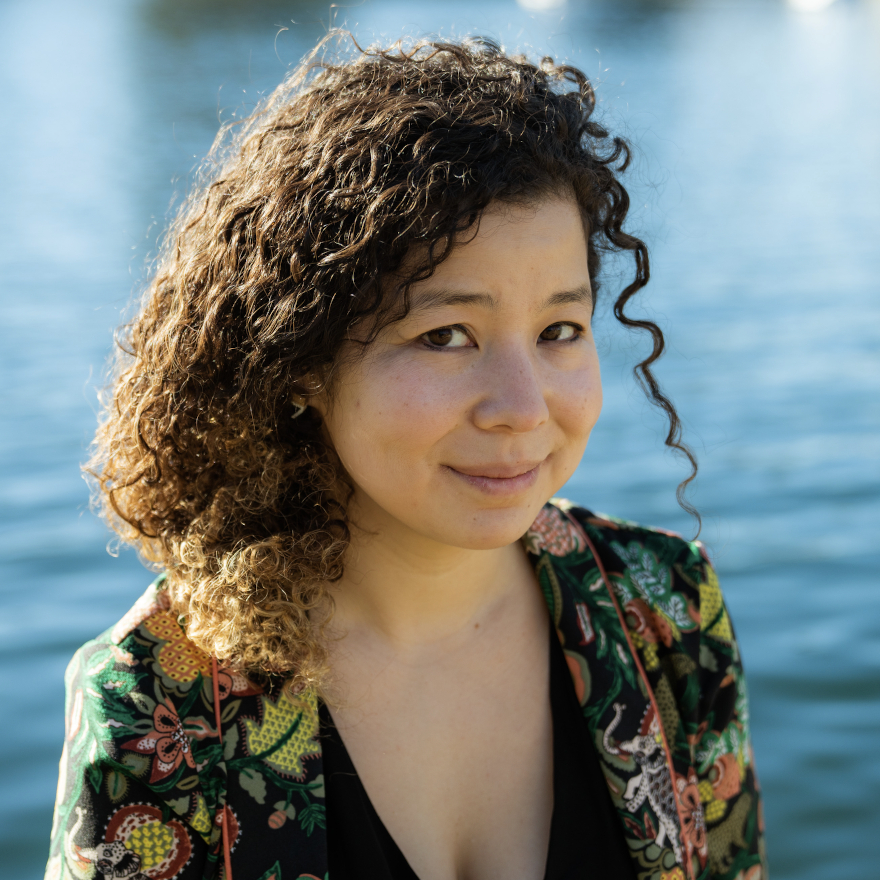 New York-based Jessica Kingdon is a Chinese-American director-producer whose debut feature, Ascension, a striking observational portrait of the “New China” which is nominated for six Critics Choice Documentary Awards and the Gotham Award for Best Documentary, is now streaming on Paramount+. She was named one of “25 New Faces of Independent Film” by Filmmaker magazine and selected for the 2020 DOC NYC “40 Under 40” list. Her shorts include the award-winning Commodity City (2017), It’s Coming! (2020), and Routine Island (2019), and her producer credits include Tania Cypriano’s Born to Be (2019), Ian Bell’s 808: How We Respond (2019), Nathan Truesdell’s The Water Slide (2018), and Johnny Ma’s Old Stone (2016). She is a member of the Brooklyn Filmmakers Collective. (Photo by Tomo Saito.)