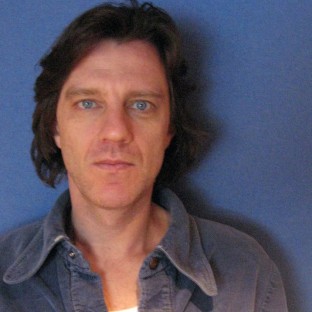 James Marsh is an English director best known for his 2008 film, Man on Wire, which won many awards including the Oscar for Best Documentary. His other notable non-fiction credits include Wisconsin Death Trip (1999) and Project Nim (2011). Marsh also directs fiction films, including The King (2005), starring Gael Garcia Bernal; Red Riding: 1980 (2009), the second part of the Red Riding trilogy; and Shadow Dancer (2012), with Clive Owen and Gillian Anderson.

@michrismason Me, too. Let’s have the British version of corruption, petty spite and bureaucracy.

Alex Cox, Joe Dante, James Marsh, Alex Winter and more remember some of the cinematic greats who passed away during 2016.
Man on Wire director James Marsh pays tribute to David Bowie by recalling the time they became friendly, and pondering his creative swan song.
One of the great emerging English directors constructs a heart-rending tragedy from small, quiet moments in this impeccably controlled marital drama.
The director of an Oscar-winning documentary shares his thoughts on one of this year's non-fiction contenders.
Marsh and Poitras, two of the most brilliant non-fiction filmmakers of their generation, discuss the latter's incendiary Edward Snowden documentary.
The Oscar-winning director considers this hybrid documentary portrait of Nick Cave that is simultaneously revealing and guarded.
A look at the new documentary about flamboyant bisexual bank robber John Wojtowicz, and also the more famous fictional take on his life.
A couple of times in any given year, if I am lucky, I get to see a great film – best defined as a film alive with new possibilities for the medium...