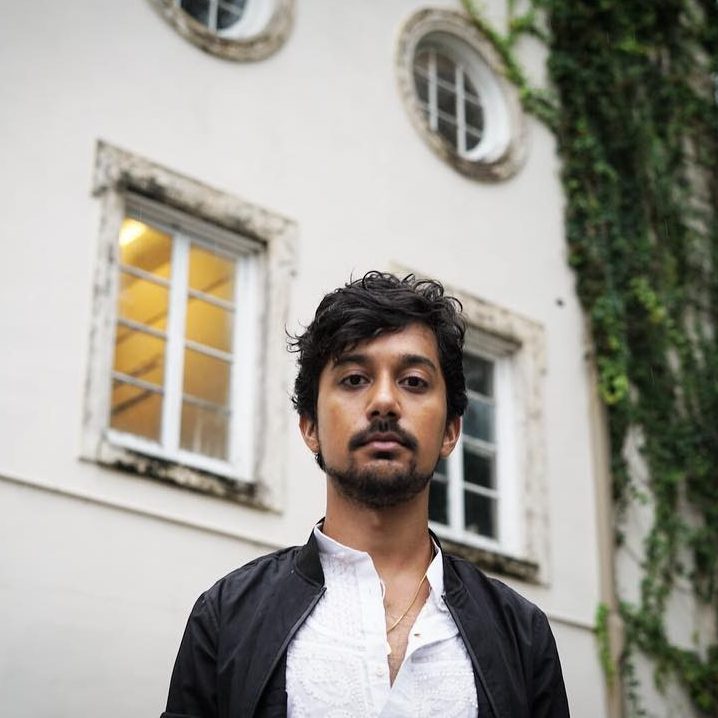 History and homeland are central to Humeysha, the brainchild of Zain Alam, an American artist and musician of Indian-Pakistani origin. Described as “a unique intersection, merging the cinematic formality of Bollywood and geometric repetition of Islamic art,” Humeysha began during Alam’s travels through his ancestral India and Pakistan where he worked as an oral historian for the 1947 Partition Archive. He was the first in decades from his family to visit both sides of the militarized border by virtue of birthright American citizenship. The fourteen-track debut LP he wrote there began from a question appropriate for loud, sweaty Indian cities: What does it mean to find a unity between the mess of divergent sounds one grows up with as a first-generation immigrant living in diaspora?

Born in Queens, NYC and raised in Kennesaw, Georgia, Alam soundtracks a personal vocabulary through Humeysha that draws on Islamic art and South Asian music to expand the range of sound and experience available to his communities. Field recordings of Pakistani cities; the distinct dialect of an his ailing grandmother’s reminisces; quick rhythmic loops from favorite childhood Bollywood songs — all of these sounds find their way into Humeysha, regardless of their traditional “musicality.” Shoegazing guitars fit alongside meditation bells played underneath Urdu poetry as if they always belonged together.

Alongside expanding Humeysha into a live quartet, Alam has collaborated with visual artists and composed music at residencies including Bruce High Quality Foundation, the South Asian American Digital Archive (SAADA), and the Science, Religion, and Culture program at Harvard University. Uniting all of his projects is a passion for sampling, borrowing, and assembling fragments from one’s own history and memory — for how a personal mosaic of sound can empower minorities and the marginalized to engage in self-creation, on their own terms.

Alam is currently an artist-in-residence at SAADA for their Revolution Remix project, composing soundtracks for neighborhoods with long immigrant histories in Philadelphia. Humeysha is preparing their next release, Nusrat on the Beach, for this summer and to embark on a regional tour thereafter.

A track premiere, plus an essay on its muse, Nusrat Fateh Ali Khan, by Zain Alam.