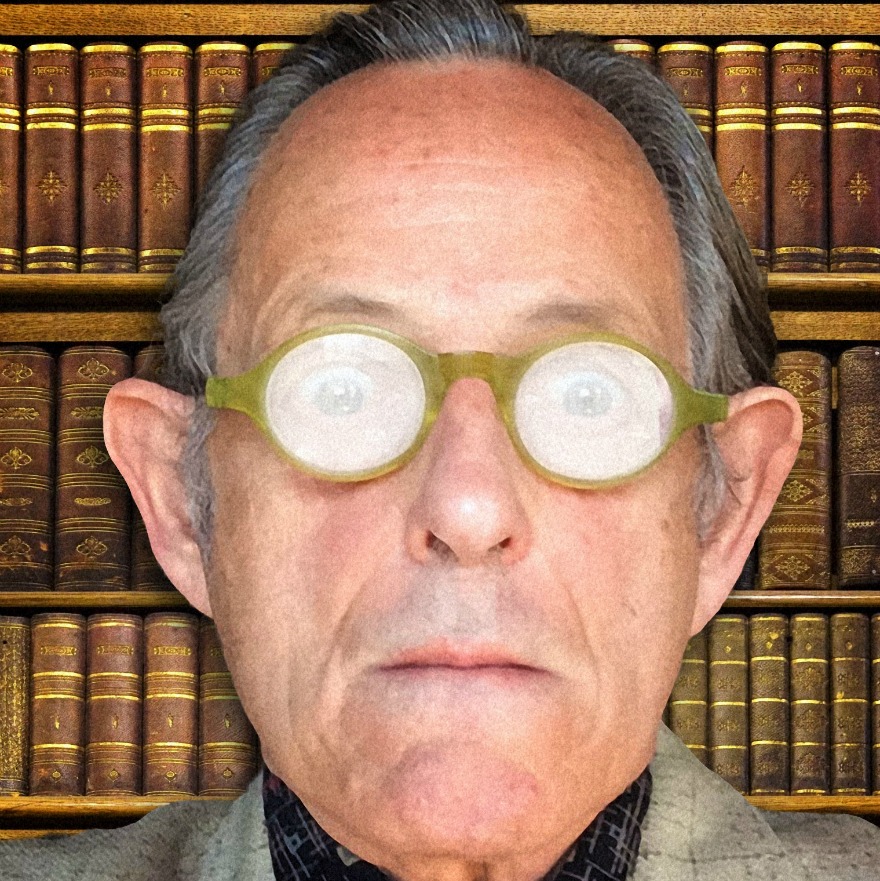 Born in Shreveport, Louisiana, in 1945, Homer Flynn spent the first twenty-four years of his life submerged in the repressed but charming naiveté of The South. Seduced by the fantasy of easy sex, cheap drugs and loud music, Flynn was unwilling to commit to the life of a concrete truck dispatcher attached to a pregnant, but unloved girlfriend and fled to San Francisco in 1969. Guilty, but free, he drank deeply from the cup of youth culture, ingesting, imbibing and fornicating any and all.

For over forty years, Homer Flynn has been involved with the murky aesthetics of San Francisco’s music, performance and video group, the Residents. As their chief visual designer and co-owner of The Cryptic Corporation, the Residents‘ business and public relations interface, Flynn has been involved in nearly all of the group’s improbable projects since the mid 1970s. Currently, he lives in the Haight-Ashbury district of San Francisco with his charming wife, Leigh Barbier.

“This shud’n take long, kid. Just wait out here with the motor runnin’ an’ I’ll be right back.”
Homer Flynn on his shadowy role behind the shadows