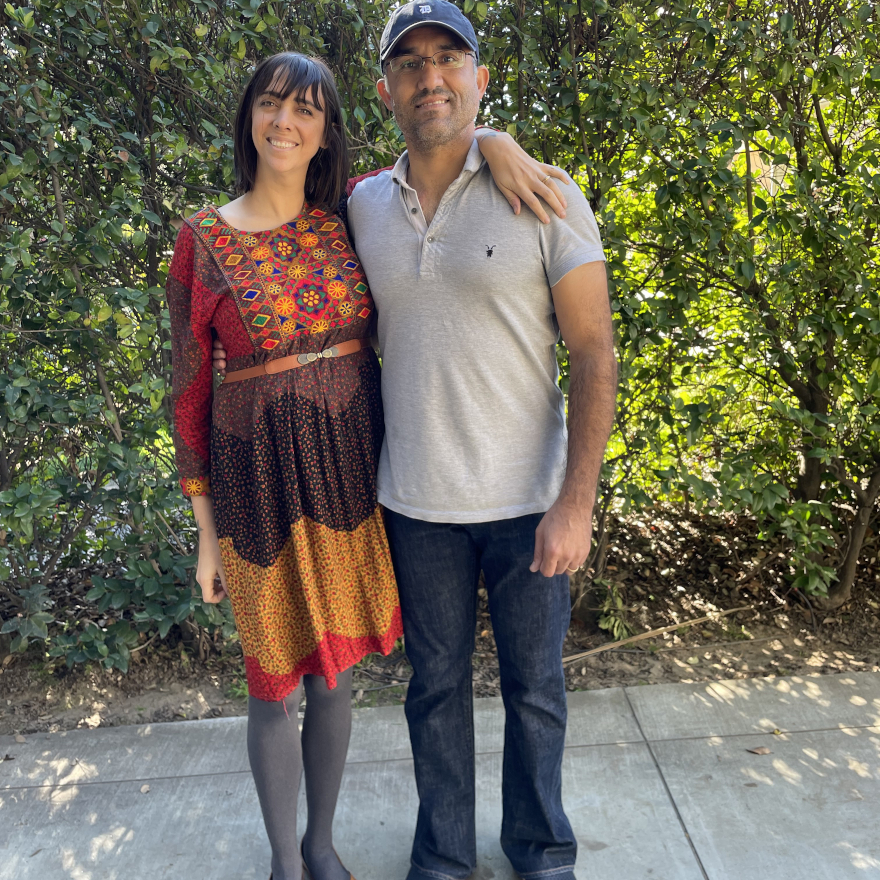 Gulistan Mirzaei and Elizabeth Mirzaei are the directors and producers of the short film Three Songs for Benazir, which won jury awards at several Oscar®-qualifying festivals including Full Frame, Yamagata, and Odense, was shortlisted for the Cinema Eye Honors and is now streaming on Netflix. Gulistan is a director from Afghanistan who spent part of his life as a refugee in Iran before returning to Kabul in 2001. He assisted the late Faheem Dashty, editor-in-chief of Kabul Weekly, the first independent newspaper to be published in Kabul after the departure of the Taliban, and was mentored by award-winning director Siddiq Barmak (Osama). Elizabeth is a director and cinematographer of nonfiction films whose work has been featured in films thats screened at Venice and Toronto Film Festivals, among others. She is a Film Independent Fellow, a Moving Picture Institute Cinematography Fellow, and a Sundance Co//ab Advisor. Elizabeth and Gulistan’s first feature, Laila at the Bridge, won awards at numerous festivals including CPH:DOX, Bergen, and Santa Barbara and had a theatrical run in the UK at Bertha DocHouse. Elizabeth and Gulistan now live in California with their two daughters.

RT @JihadiJew: Think of how much beauty we miss in nature and in each other just because we forget to pay attention. https://t.co/oD3jRb2zzW

Elizabeth and Gulistan Mirzaei on how love flourished in the face of war, both in their film Three Songs for Benazir and in their own lives.