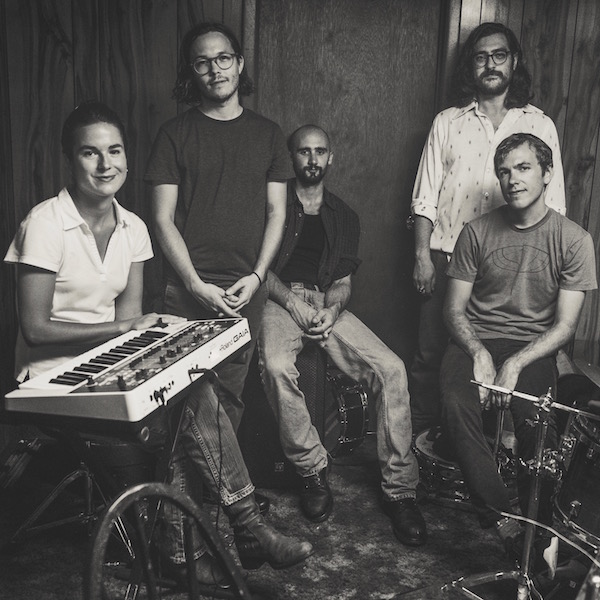 Onstage, bassist Jon Samuels is the only Friendship member who stands up. He is usually swaying back and forth as the songs bear down, pulling together and apart. Friendship’s new record, Dreamin’ (out Nov 8 on Orindal Records) is an exorable wave of motion, endlessly rocking between intimacy and loneliness.

The contemplative alt-country songs on Dreamin’ were recorded to tape in July last year with the help of The Low Anthem’s Jeff Prystowsky. The band moved away from the inclusion of digitally programmed drums and Rhodes piano for Dreamin’, opting instead for a warmer, more organic aesthetic and a starker performance. Most of the songs on Dreamin’ took shape while Dan Wriggins (vocals and guitar) and Mike Cormier (drums) worked and lived as groundskeepers at a private estate in Swarthmore, Pennsylvania, frequently driving into Philadelphia for shows and friends. The record is set both in the country and the city — community, peacefulness, and isolation can all be heard and felt throughout the superb new record.

Friendship have retained a loyal cult following since their first offering in 2015, You’re Going to Have to Trust Me, which was released on Burst and Bloom Records that year. The F/V Hope EP on Sleeper Records and another record on their current label Orindal Records followed in 2017 — the acclaimed Shock Out of Season.

The premiere of a new track, plus an essay about Kath Bloom’s influence on it by lead vocalist and songwriter Dan Wriggins.