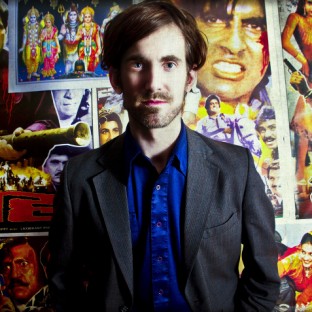 Daniel Hart is a film composer and musician from Dallas, Texas. His current bands are Dark Rooms and Other Lives, and he has toured and recorded with many bands over the years, including The Polyphonic Spree, St. Vincent, Broken Social Scene, Swans, and many more. He scored David Lowery’s short Pioneer and the features St Nick and Ain’t Them Bodies Saints, in addition to Jennifer Harlow’s The Sideways Light and Sam Esmail’s Comet, starring Justin Long and Emmy Rossum. His new solo album – the soundtrack to Armen Antranikian’s short The Girlfriend Game – is out now.

@Jonny_The_Fist I read a lot of Middle English poetry in preparation for writing the score. So this, like all the o… https://t.co/86ds0IzHis

By showing rather than telling, this documentary about a brilliant emerging choreographer reveals the genesis of, and passion behind, a new ballet.