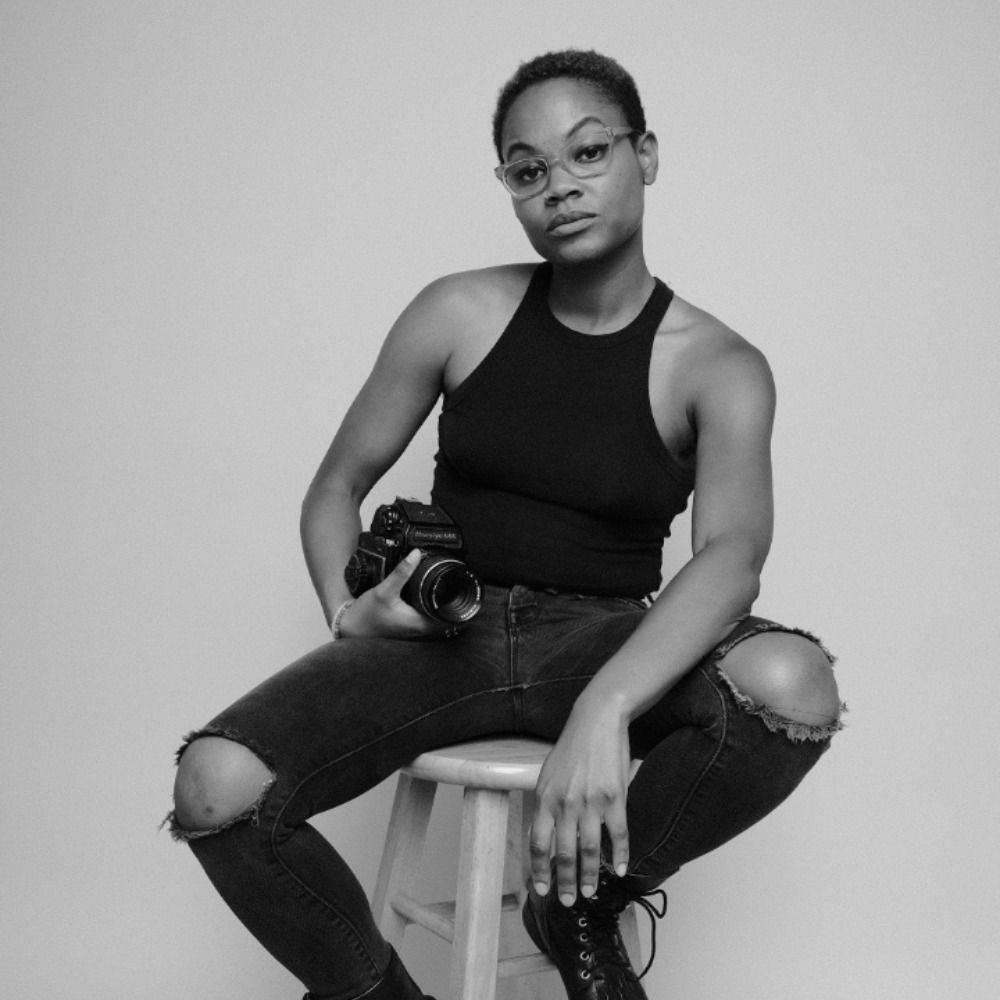 Born and raised in the San Fernando Valley, Courtney Coles was raised by two military veterans and is the eldest of three. She received her Bachelor of Fine Arts in Photography from the Pacific Northwest College of Art and her Master of Fine Arts in Photography and Media from the California Institute of the Arts. Her photographs are a mixture of collaboration with the people she is closest to and a visual diary of a Black Lesbian. Working with themes surrounding longing and belonging, she is interested in dissecting the various ways that people, places and memories are home.

Back in 2017, two Los Angeles-based music photographers, alongside  Erica Lauren Perez, she co-founded a pop-up traveling art show called To The Front. The idea behind it was to highlight underrepresented photographers in the music industry. Originally intended to be a one-time-only event, To The Front has since traveled to Nashville, Toronto, Boston, and more, and grown to include 50+ photographers across 10+ states.

With traveling not currently a safe or responsible option, Perez and Coles had to innovate and find a new way to bring TTF to music fans everywhere. With the help of Little Dipper, a music/art collective run by members of PUP and photographer Amanda Fotes, the two collaborated with the other photographers involved in the show to create their very first photo zine: To The Front Volume One: Black Lives Matter. The book will highlight works from artists part of To The Front, as well as essays and poetry that speak to the very issues that TTF was founded on. All proceeds will be donated to the Summaeverythang Community Center in South Central LA: https://summaeverythang.org/

@OfAllThingsAli i'm getting a tattoo of myself in a few hours, so i guess by default that makes me a steve-o girl

Read an introduction to the new zine focused on the women and non-binary heroes of music photography.