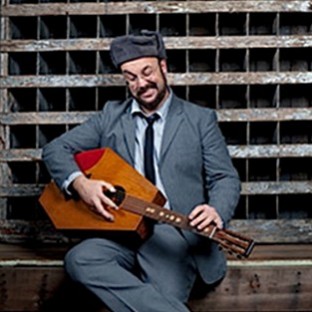 Best known as the multi-instrumentalist in the indie-rock band the Decemberists, Chris Funk is a Grammy-nominated artist who has also found much success as a music producer, composer and studio musician.   Funk is also a founding member and co-writer in the acclaimed neo-gothic string band Black Prairie and has produced records for Red Fang, Langhorne Slim and Y La Bamba.

You bitch about unnecessary commercialization of your music but then way cash in and sell the copyright and interes… https://t.co/ANU2OvniQI

I grew up in northwest Indiana, which is basically an endless and extended suburb of Chicago. As it was the suburbs, there was no geographic...