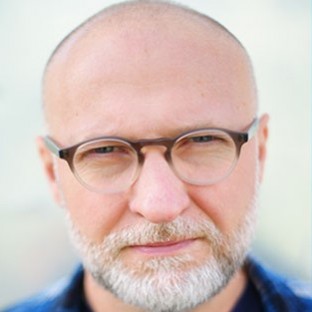 Bob Mould is an American singer-songwriter, DJ, producer, and the author of an autobigraphy, See a Little Light: The Trail of Rage and Melody (Little, Brown, 2011). He has slept on more floors than he can remember. He has flown in Lear jets producing live TV pro wrestling. He has performed in halls across the world: Carnegie, Royal Albert, Disney, and dozens of VFW. Mould is currently living vehicle-free in San Francisco.

Bob Mould (born October 16, 1960, in Malone, New York) is an American musician, principally known for his work as guitarist, vocalist and songwriter for influential rock bands Hüsker Dü in the 1980s and Sugar in the 1990s. Born in Malone, New York, Mould lived in several places, including Pine City, Minnesota and the Minneapolis-St. Paul area, where he attended Macalester College. There, he formed Hüsker Dü in the late 1970s, with drummer/singer Grant Hart and bass guitarist Greg Norton. Mould released his first solo album after Hüsker Dü broke up; 1989's Workbook eschewed Mould's trademark wall-of-noise guitar for a stripped-down sound featuring acoustic guitars and cellos. 1991's jagged Black Sheets of Rain put Mould in more familiar territory, recalling Hüsker Dü's loudest, angriest moments. Mould also started a record label, Singles Only Label, which released singles from up and coming bands such as Grant Lee Buffalo. Mould then formed the group Sugar, a college/alternative radio favorite in the mid-1990s. Along with extensive touring, Sugar released two albums, an EP and a B-sides collection before splitting. Mould returned to solo recording, releasing a self-titled album in 1996 (which is often referred to as Hubcap because of the cover photo) and 1998's The Last Dog and Pony Show. During a stint living in New York City in the late-1990s, Mould's tastes took a detour into dance music and electronica. Those influences were clear on his 2002 release Modulate, which featured a strong electronica influence to mixed critical reviews. To pursue this sound, Mould also began recording under the pseudonym LoudBomb (an anagram of his name). He has released one CD so far under this name. Mould took a brief break from the music world to get involved with another passion of his, professional wrestling, when he joined WCW as a scriptwriter for a brief period. Creative differences with some of the other writers of the league led to Mould leaving the company and returning to music. The liner notes for Modulate thank some of the wrestlers he associated with, most notably Kevin Nash and Kevin Sullivan. In addition to his solo work, Mould is also a live DJ in collaboration with Washington DC-area dance music artist Richard Morel, under the collective banner Blowoff. A recording under that banner was released in September 2006. Mould has been asked to do remixes for a variety of dance and alternative rock artists. A recent remix of the Interpol song "Length Of Love" has led to more critical acclaim for the veteran artist. For much of the 1990s, Mould toured playing solo acoustic renditions of his catalog (occasionally switching to electric guitar midway through his set). In 2005 his solo album Body of Song was cross-announced with his first band tour since 1998. Brendan Canty, best known as the drummer for Fugazi, and Mould's Blowoff collaborator, Morel, played drums and keyboards, respectively, for the 2005 tour. Mould's latest album, District Line, was released in February 2008. Though his homosexuality was previously something of an open secret, Mould was outed in the early 1990s; he is now openly gay. Though it was often rumored during his Hüsker Dü days that he and bandmate Hart were an item (Hart was also gay, and both acknowledge taking partners on tour), both have flatly denied ever having been romantically involved. In 2006, Mould contributed the song "If I Can't Change Your Mind" to the album Wed-Rock, an album to promote same-sex marriage. On September 29, 2005, Mould's song "Circles" was featured on The OC as Marissa Cooper was starting her first day at her public school in Season 3. Mould's song "Dog on Fire" is the theme song for The Daily Show. They Might Be Giants perform the current version. The song "See a Little Light" has been used more than once in various television applications: It was used in the closing scene of the original un-aired test pilot episode of Buffy The Vampire Slayer, it became one of the principal theme songs for the HBO series The Mind of the Married Man and was also used in a television commercial for TIAA-CREF (August 2007). Mould also composed the theme for the TLC program, In a Fix. Mould and director Cameron Crowe are close friends; the character Bob Sugar (played by Jay Mohr) in Crowe's 1996 film Jerry Maguire is named for both Mould and his former band, Sugar. Mould appeared on an episode of IFC's The Henry Rollins Show on June 15, 2007. Mould also played lead guitar in the house band for the film of John Cameron Mitchell's Hedwig and the Angry Inch. Mould also participated in a Hedwig tribute album, Wig in a Box, on which he covered the song "Nailed." Solo Discography Workbook LP (Virgin, 1989) See A Little Light Single (Virgin, 1989) Wishing Well + 4 Tracks Single (Virgin, 1989) Black Sheets of Rain LP (Virgin, 1990) Poison Years Compilation LP (Virgin, 1994) Egøverride Single (Rykodisc, 1995) Bob Mould LP (Rykodisc, 1996) The Last Dog and Pony Show LP (Rykodisc, 1998) Modulate LP (Granary Music, 2002) Live Dog 98: The Forum, London UK Live LP (Granary Music, 2002) Long Playing Grooves (released under anagram LoudBomb) LP (Granary Music, 2002) Body of Song (Yep Roc, 2005) District Line (Granary Music, 2008) Silver Age (Edsel 2012) Beauty & Ruin (Merge Records, 2014) Patch the Sky (Merge Records, 2016) Sunshine Rock (Merge Records, 2019) Bootlegs The Calm Before the Storm (Kiss The Stone, 1994) Bands Produced Soul Asylum, Made To Be Broken LP Articles of Faith, Give Thanks and In this Life LPs Magnapop, Hot Boxing LP Verbow, Chronicles LP The Zulus, Down on the Floor LP Impaler, If We Had Brains... We'd Be Dangerous LP Low, Tonight the Monkeys Die Remixes EP http://www.bobmould.com http://modulate.blogspot.com Read more on Last.fm. User-contributed text is available under the Creative Commons By-SA License; additional terms may apply.

The two brilliant rockers touch upon their new albums, the importance of mental health care, and how the music industry has evolved.
"I like bands that have a look and a feel that they stay with."
I first heard Phoenix on the 2002 compilation My House in Montmartre, a document of the French house music movement.