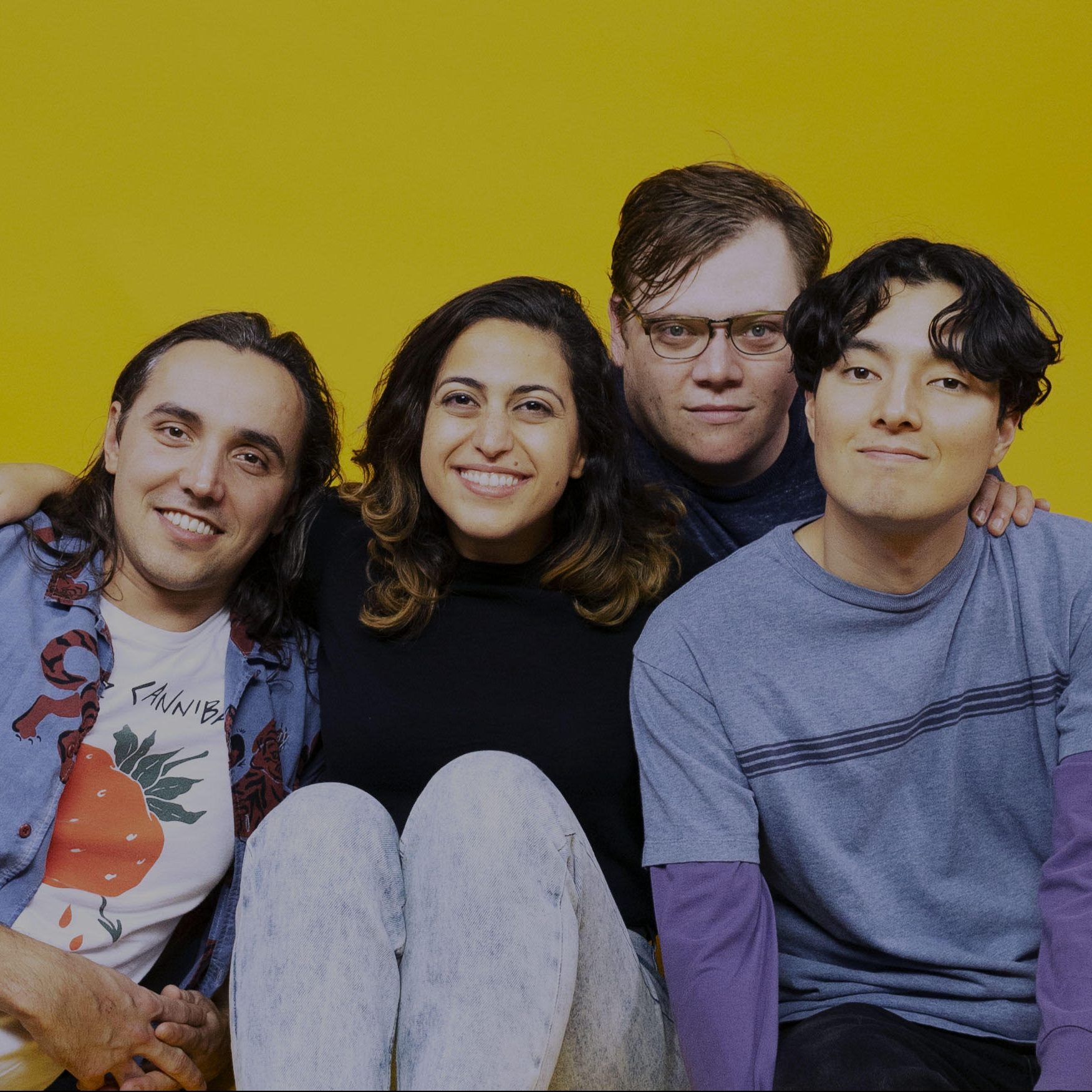 Blushh was never Shab’s plan. Shab Ferdowsi started writing songs in 2015 as a joke before moving to Ireland for a month. She thought it would be funny if she could make some money busking on the streets of Galway while she was abroad. Well, she didn’t make a lot of money, but she did get into the habit of songwriting every single day. When she came back to LA with those new songs, her friends offered to join her band so she decided to give this a shot.
In the fall of 2016 she bought an electric guitar, recorded “Are We Too Far?” in her friend’s garage, and played her first full band show.

In 2017, Blushh released its first EP It’s Fine, followed by a split EP with Maddie Ross that fall. In 2018, Shab learned what power chords are and that’s what you hear when you listen to her 2nd EP, Thx 4 Asking. That fall, the full band headed out on their first West Coast tour.

Within the next nine months, the band (now consisting of Skyler Garn on lead guitar, Kenzo Cardenas on bass, and Arturs Reirs on drums) went on two more West Coast tours, played SXSW in Austin as an official artist, performed at Treefort Festival in Boise to a crowd singing along to Shab’s lyrics, and recorded a full length album.

Blushh’s debut LP R.I.P. Apathy will be out in April 2020 and is the band’s most collaborative project yet.

A new music video, plus frontwoman Shab Ferdowski’s words to her younger self.