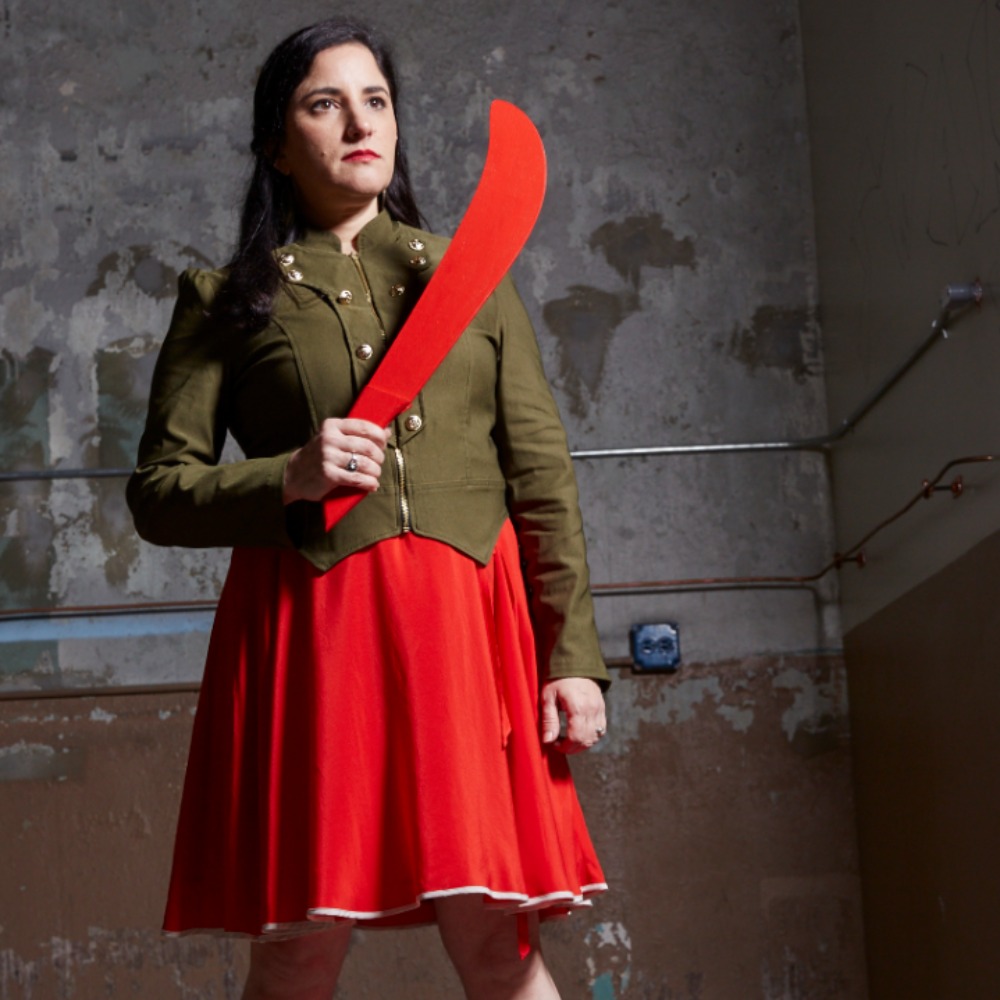 Ani Cordero is a Puerto Rican singer/composer and activist living in NYC. She has toured as the drummer for the legendary Os Mutantes, and was a founding member of the celebrated Mexican rock band Pistolera. In the early 2000s, Ani led her own bilingual art rock band, Cordero who released such Feminist anthems such as “Vamos Nenas,” and “Matadora,” on Chicago’s beloved Bloodshot Records and Amy Ray’s (Indigo Girls>) label, Daemon Records.

Following the success of Recordar, Ani released an album of her own political protest and love songs called Querido Mundo (Dear World). The album is Ani’s love letter to a complicated world and addresses several themes including immigration, Black Lives Matter, Feminism, and government corruption. The songs feature heavy percussion, sing-along choruses and strong lyrics that aim to inspire political resistance and support for social justice.

Ani is also co-founder of Puerto Rico Independent Musicians and Artists (PRIMA) which supports the music community in Puerto Rico.

RT @AOC: Bloomberg did not “cut back” stop and frisk. He continues to lie about this, and it’s disturbing. A judge ruled stop and frisk un…

The premiere of a new music video, plus an essay by the artist herself.