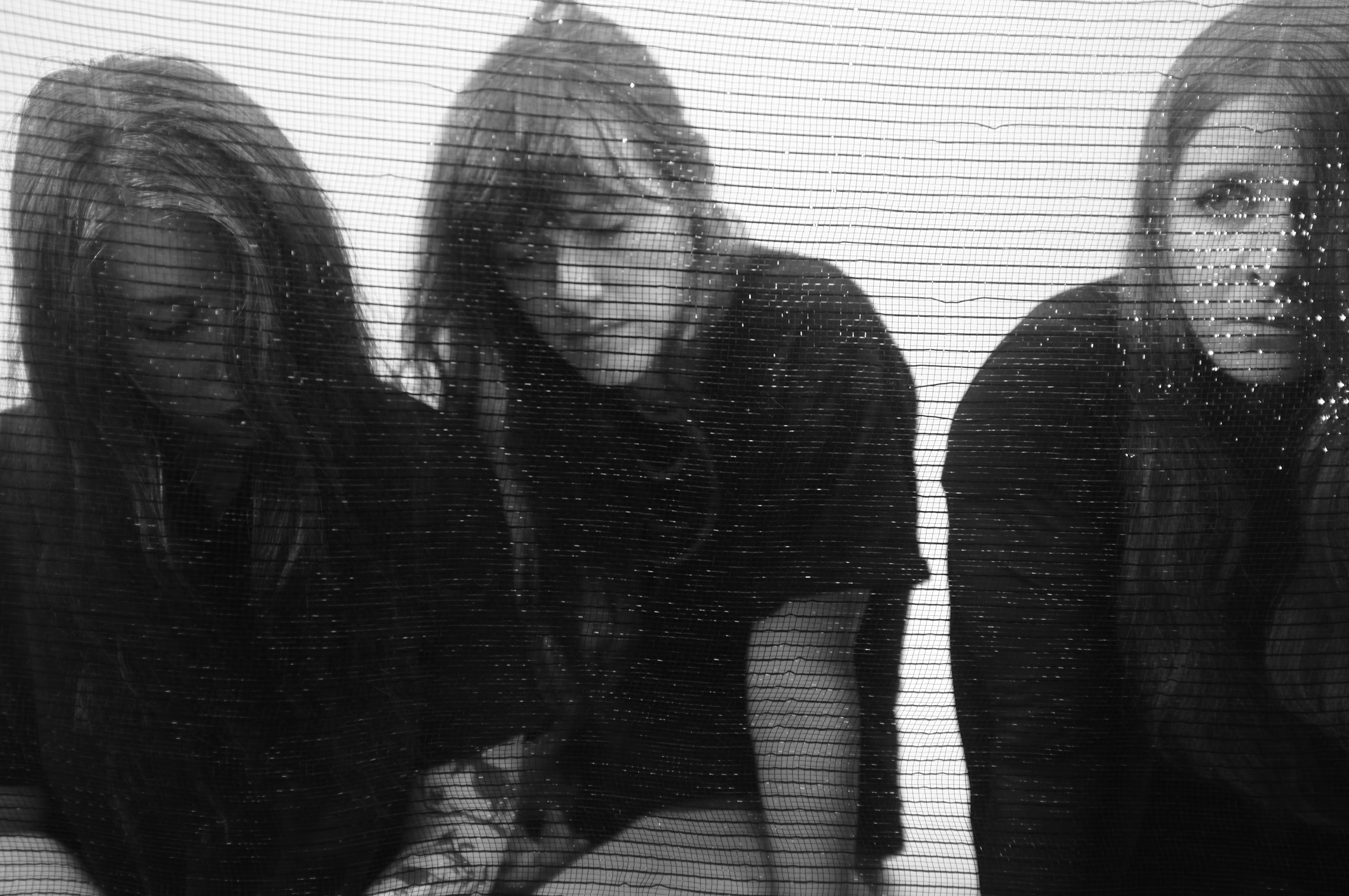 Listening to Weeping Icon’s debut album is to enter a dim catacomb of psychical catharsis. A critical commentary on the unique pressures and power dynamics experienced by the social media generation, the self-titled LP digs sharply into the destructive, repetitive nature of the neoteric tasks idled through daily by the ambitious urban millennial. Uniquely contemporary and keenly perceptive, the ubiquity on this album is natural territory for drummer Lani Combier-Kapel and guitarist Sara Fantry, native New Yorkers who grew up playing in bands together at the center of the booming Brooklyn arts scene. Determined to vent the energy left stirring in the inert confines of lazy, decades-old band tropes, Weeping Icon is the almanac to the complex contrarian language they developed as innovational collaborators during a decade of major socio-political uprooting. Alongside the classically trained, sludge/doom seasoned bassist Sarah Reinold and the scientifically explorative noise musician (and daughter of a scientist) Sarah Lutkenhaus, they devised a dream project in which they could freely encourage equal collaboration, pursuit of challenge, and a dedication to dismantling the cliches they encountered as disenfranchised females in a male dominated arena.

The results are an expansive whirlwind of compelling sonics. Urgent yet calculated riffs rip through a thunderous pummel of percussion, Combier-Kapel’s anomalous blend of punk and psychedelic drumming carrying their songs with an atmosphere of organized chaos. Typical song structure is a rubric to draw from and ultimately deconstruct, as we experience through the whipping tempo changes and sudden tactile shifts that unseat us throughout the album. Switching off vocalists, they give us a panoramic view into the plagued world of the millennial female, with lyrics that reveal intense contemplation, telling harsh truths through dark and poignant sarcasm. Confronting a generation undergoing perplexing, exponentiated change, Weeping Icon doses their listeners with such a controlled sense of horror and humor that they test our very comprehension of the world we participate in.

Weeping Icon is a collection of seven songs that archive the band’s metamorphosis into a heavier and more provocative undertaking. In keeping with their live performance, a sequence of dystopian sound interludes complete the album, serving as guided meditations between the candid subversive fury of the main tracks.

Sara Fantry and Lani Combier-Kapel talk to Haley Dahl about the importance of creating art on your own terms.