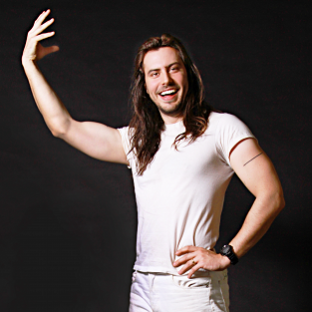 Andrew W.K. is the King of Partying and a hardcore rock & roll musician who first made his debut with the international smash hit, “Party Hard.” He lives in Manhattan, New York City.

Forget chocolates, roses and stuffed animals — give your lover the gift of song, courtesy of the world's pre-eminent partyer.
All the music I have ever heard from Omar Souleyman delivers on the same fantastic promise: to hypnotize the listener with a non-stop, trance...
I've just finished listening to Robert Pollard's newest solo album