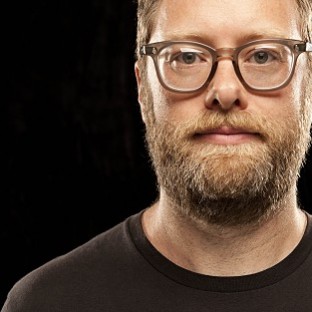 Red Fang are the result of the band Party Time recruiting Aaron Beam and eventually changing their name. David Sullivan had previously been a guitarist in Facedowninshit, also a Portland, OR outfit; he also played alongside Giles and Sherman in a band called Party Time. Giles also spent time in a band called Last of the Juanitas. Aaron Beam played bass for Dark Forces and Lachyrmator before Red Fang’s inception. Sherman, in addition to Party Time, played drums for Bad Wizard, Truman’s Water, and All Night before being recruited to Party Time, who would eventually change their name to Red Fang. Giles stated in an interview that, “Red Fang was just one of the names that didn’t suck a lot.” Red Fang, formed in 2005, are a Portland, Oregon based Sludge Metal four-piece consisting of Aaron Beam on bass, Brian Giles on guitars, David Sullivan on guitars, and John Sherman on drums. Both Beam and Giles frequently split lead vocals, as well as Sullivan providing back-up vocals on their acclaimed first and also self-titled album; ‘Red Fang’ (2009). The album, the only of the band’s released on Sargent House Records features songs such as the opener “Prehistoric Dog,” “Humans Remain Human Remains,” and “Night Destroyer.” The album; with heavy bass lines and interesting time signatures was a success among the Doom Community, combining Doom with a faster element derived from Punk, as well as elements of Progressive Metal, Red Fang were just starting their journey. The band’s motto, ‘Tour To Live,’ is more of a lifestyle, their regular diet consisting of countless cans of Pabst Blue Ribbon and crappy gas station grub and fast food; and the lifestyle shines through in their music. With roaring riffs and unique time signatures Red Fang released their second effort, ‘Murder The Mountains,’ their first on Relapse Records in 2011. Featuring songs like the album opener “Malverde,” “Wires,” and “The Undertow,” the album was the band’s second success. 2013 would see ‘Whales and Leeches," also released on Relapse Records. It’s worth nothing that Whales and Leeches was also the title of a track on the band’s first album, while Murder The Mountains became the title of a bonus track on Whales and Leeches. With songs like “1516,” “Dawn Rising,” “No Hope,” and “DOEN,” the band provided crushing riffs and the choicest of Doom for the third time. The album also features Mike Scheidt on vocals on “Dawn Rising;” Mike Scheidt is the vocalist and guitarist for YOB, also an Oregon based Doom Band. Read more on Last.fm. User-contributed text is available under the Creative Commons By-SA License; additional terms may apply.

Red Fang’s singer thinks that Take That are clearly talented, but they need some more flavor.
In 2003, 50 Cent burst into the mainstream with his hugely successful hit song, "In da Club" from his massively popular debut album...
Most people will be familiar with Neil Finn through his work in the '80s with Crowded House. A few years after their release, I began to appreciate...