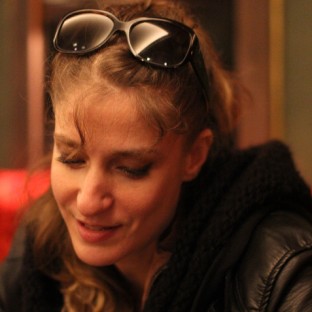 The actor, whose debut feature as writer-director, Falling, is out tomorrow, chats with his longtime friend and fellow filmmaker.
From her latest book, filmmaker and writer Alix Lambert shares a conversation with Albert Woodfox, who served 40 years in solitary confinement.
Filmmaker Alix Lambert on Tamara Kotevska and Ljubomir Stefanov's exquisitely beautiful and very timely documentary Honeyland.
Alix Lambert has cried (profusely) at a lot of movies while 30,000 feet in the air, and she isn't afraid to talk about it.
Watching Laura Bispuri's new film, documentarian Alix Lambert recalls her own experiences with women who choose to (or must) live a masculine life.
Armisen and Lambert, who have known each other since they were students, share stories from their friendship of close to 30 years.
Sarah Silverman is as unflinching and committed in her performance as a troubled suburban mother as she is in her standup comedy.
The Norwegian screenwriter's directorial debut is a compelling portrait of how a woman who's lost her sight sees the world.