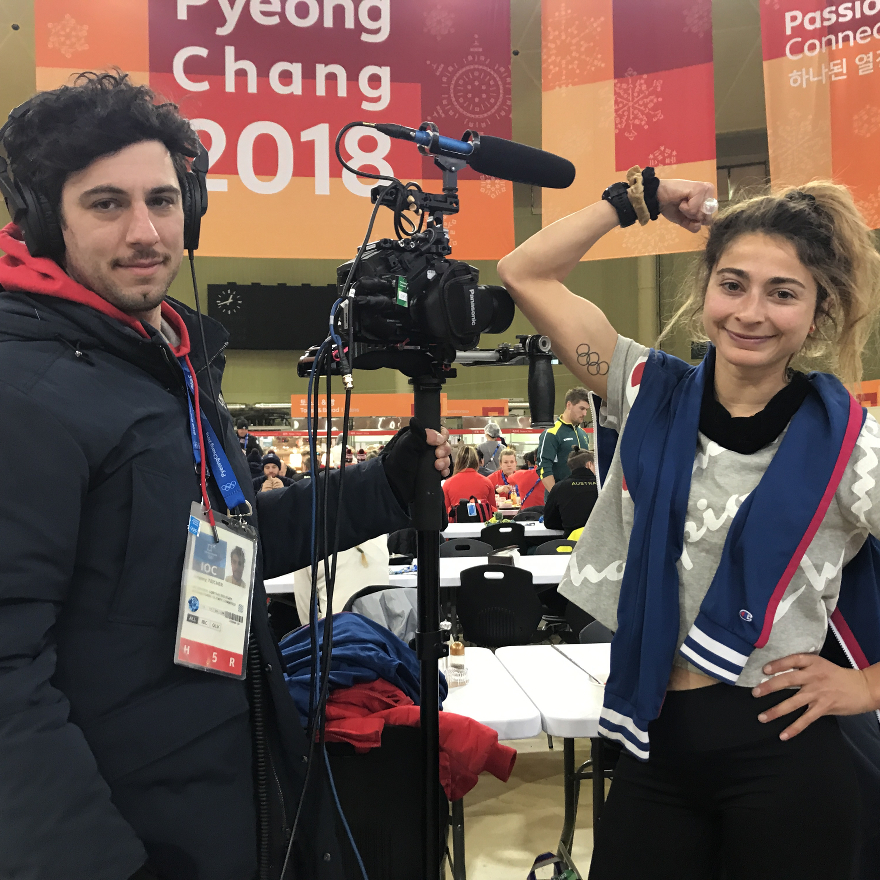 Alexi Pappas is a 2016 Olympian and an award-winning actor and writer. Alexi co-created and starred in the film Olympic Dreams alongside Nick Kroll, premiering at SXSW 2019. In 2016 Alexi co-wrote, co-directed, and starred in Tracktown, with a cast including Rachel Dratch and Andy Buckley. Alexi is currently writing a book of essays, Bravey, in partnership with Random House. Her writing has been published in the New York Times, Lenny Letter, and many more. Alexi has been profiled on the cover of the New York Times Sports Page, in Rolling Stone, on NPR’s All Things Considered, and was also featured on the cover of Runner’s World‘s 50th anniversary issue alongside Kevin Hart, named as one of the two faces of the “new boom” in running. A Greek-American, Alexi is the Greek national recordholder in the 10,000 meters with a personal best of 31:36, set at the Rio Olympics.

Jeremy Teicher is a director, writer, and producer whose work blends fiction with reality. Jeremy’s third feature film, Olympic Dreams, which stars Nick Kroll and Alexi Pappas and is the first ever narrative film shot in an Olympic Village (at the Winter Olympics in South Korea), premiered to critical acclaim at SXSW 2019. His second feature film, Tracktown, co-directed with Alexi Pappas, starring Alexi, Rachel Dratch and Andy Buckley, premiered at the 2016 Los Angeles Film Festival and was distributed by Samuel Goldwyn Films, Orion Pictures, and Sony International. Jeremy’s award-winning first feature film, Tall as the Baobab Tree, which was inspired by true stories from Jeremy’s Student Academy Award-nominated short documentary This is Us, screened at over 50 festivals around the world and was distributed by Sundance Artist Services in 2013. A graduate of Dartmouth College, Jeremy was in 2013 named one of Filmmaker magazine’s 25 New Faces of Independent Film.

Partners in life and in work, Olympic Dreams' Alexi Pappas and Jeremy Teicher have teamed up for unique success in both film and athletics.