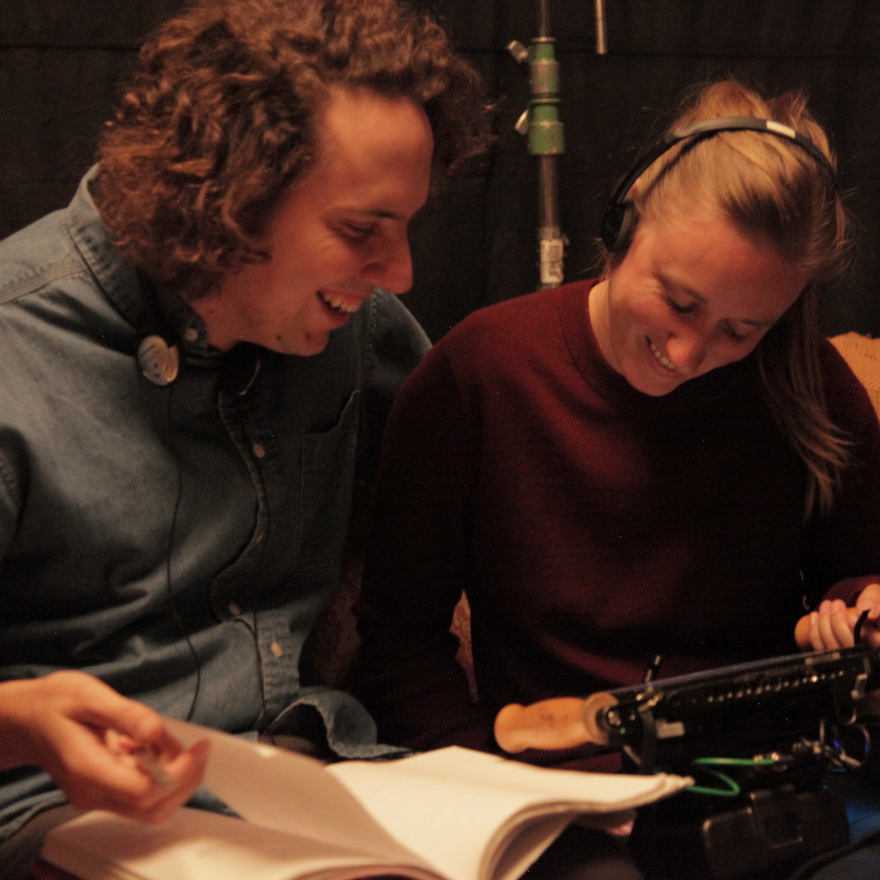 Alex H. Fischer and Eleanor Wilson are the writer-directors of the sci-fi comedy Save Yourselves!, premiered at the 2020 Sundance Film Festival and is out now through Bleecker Street. Alex’s previous film, Snowy Bing Bongs Across the North Star Combat Zone, a mid-length dance comedy space odyssey (a movie), co-directed with Rachel Wolther, premiered at BAMCinemafest in 2017. Alex was named in Filmmaker magazine’s “25 New Faces of Independent Film” along with Wolther, and their screenplay Nobody Nothing Nowhere was selected for the 2018 Sundance Screenwriters Lab, the IFP Project Forum and the 2018 Black List. Eleanor is a writer-director-producer from Adelaide, Australia, whose award-winning short films have played at festivals throughout the world. Her first, Possum, won best short film at the inaugural Nitehawk Shorts Fest, Everything All At Once, starring J. Smith-Cameron, premiered on Sundance.TV, and her latest, Low Road, which premiered at MoMA, was written as part of the Write By the Sea residency and is a recipient of the Future of Film is Female Grant.

The writer-directors of Save Yourselves! begin their campaign to get the comedies of Yahoo Serious into the Criterion Collection.