While I would love to say that I became aware of the pioneering industrial group VNV Nation through following the Wax Trax! discography from the early days of Ministry, I am in no way ashamed to admit I actually found out about them in 2003, because Davey Havok wore a VNV t-shirt on the picture disc of AFI’s 336 EP that I saw in Hot Topic. Then I went to Amoeba Records in San Francisco and bought the cheapest VNV Nation CD I could find, the “Darkangel” single, which is from their third album Empires (1999) and is one of my favorite electro songs of all time. Aside from the nostalgic value and helping me to cultivate a palate for industrial music and EBM (Electronic Body Music) it has one of my favorite lyrics ever: “I’d only come here seeking peace/I’d only come here seeking me/It seems I came to leave.”

Since then I’ve bought all of their albums and heard VNV Nation change from an abrasive, heavily industrial-/techno-influenced band that my little sister once described as “dungeon music” when I drove her to cheerleading practice, to a more OMD-esque synth-pop group with an overtly positive message that some have misconstrued as promoting Christianity (which is untrue). With every release since their debut album Advance and Follow (1995), VNV Nation has gradually evolved, leaving behind bits of darkness and picking up pieces of optimism.

For those of you who are unfamiliar with this group and are disinterested in visiting more than one website to obtain some insight and information on them, here is some backstory: VNV Nation is an electronic/EBM duo formed in Dublin and Essex in 1990 by Ronan Harris (vocals, electronics) and Mark Jackson (drums). In the early years, they wore the influences of Front 242, Fad Gadget and Front Line Assembly (and probably more obscure electro-industrial bands that I’m unfamiliar with) prominently on their sleeve. But what attracted me to VNV is that, even in their early and more harsh-sounding years, their use of melody was pronounced; that same melodic sense has since proved vital in helping them maintain a long-running career.

VNV’s newest album, Transnational, is their ninth. This is the least surprised I have ever been by a VNV release. Which is strange, because they usually find a way to mix things up for each album, whether it was Ronan’s gruff vocal delivery on 2002’s Futureperfect or incorporating more traditional rock beats on 2005’s Matter + Form. The album starts with an instrumental song like most of their albums do, contains 10 tracks like most of their albums do, and is a blend of hard-hitting synth lines, big hooks, slow songs, dance songs and a few instrumental numbers, just like all their albums. But I am in no way faulting VNV for not pulling a rabbit out of the hat. Nine albums is a lot for any band, let alone one that’s a two-piece with one songwriter. It’s amazing that VNV has been able to grow as much as they have and incorporate things like shoegaze and classical music into their style. (Ronan coined the term “futurepop” to describe the sound of VNV.) I have to assume it’s not an accident that Transnational isn’t trying to break new ground and that, for once, VNV is perfectly content with where they are, musically.

The most surprised I am by this album is the fact that my two favorite songs are instrumentals. The first one is an emotional eye-closer called “Lost Horizon.” It’s a simple song that goes back and forth between an elongated, atmospheric synth line that builds to a pounding “chorus” with a string section so catchy that I keep asking myself “How has nobody written this before?” The second instrumental is called “Aeroscope,” and stylistically it’s a lot different from anything on Transnational — or anything else VNV has done on their last bunch of releases. It’s very dark, abrasive and even a little demonic. Like “Lost Horizon,” “Aeroscope” switches between parts that are somber and aggressive, but unlike “Lost Horizon” it sounds like Ronan never had any intention for this song to have vocals, and therefore was able to get more creative with the production by experimenting with obscure sounds and noises. Although Transnational generally sounds very optimistic, with brighter-sounding synths, strings and bass sounds than before, “Lost Horizon” has a tough four-on-the-floor beat with tough drum sounds, filtered synths, and a lot of angst. It’s like a bruise in the middle of perfectly yellow banana.

At the same time that VNV Nation has drawn on a more and more optimistic pop sound, electronic/dance music has become more and more widely accepted by music fans. So it’s natural to wonder whether the band has any interest in taking advantage of this and gaining a wider audience. Before I heard Transnational I would have said it could go either way. But while it’s clear that VNV is interested in expanding their sound, Ronan still doesn’t write lyrics that would be readily embraced by people who just want to go out dancing at a nightclub — in interviews, he’s often said that he’s inspired by, and writes songs about, turning points in history, like the dawn of the 20th century and the American industrial era of the ’30s. And Transnational bears out the feeling that VNV Nation has no interest in altering what they do to reach a new audience. “If I Was” is a great example of the challenging dichotomy between Ronan’s lyrics and his music. It’s one of the catchiest, most pop-sounding songs on the album, and yet here is the second verse:

After hearing this album, listening back to their older records, watching live videos and listening to interviews, it’s clear to me that VNV Nation, first and foremost, write songs and make records for themselves. They could have capitalized on the growing popularity of electronic music (and probably still can), but they choose to do things the way they think things need to be done. And enough people like VNV Nation for them to sustain as a band and support themselves, yet still develop as artists and not compromise their art. Transnational is what VNV felt like they had to do at this particular time. I can’t wait to hear what comes next. 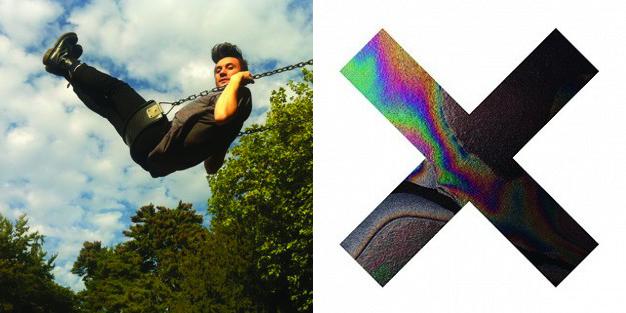