Music that’s about other music is potentially ironic to begin with. When you add in carefree insouciance about technical limitation, the gate to sophisticated joking opens wide. Since he knew so much, Busoni didn’t have undue reverence. He swam in the whole continuum of keyboard sound, upstream and downstream, goofing off, taking high dives, preening. Busoni is always joking the way Vladimir Nabokov is always joking. You have to know a hell of a lot before the patterns emerge in lucid fashion. And if you can follow the thread, they can set you up for sudden dire revelation. Observe the “Giga, bolero e variazione” from 1909, where Busoni takes two Mozart fragments from disparate sources, crumples them up, and mashes them together.

“Joke” is not a popular emotion for those who take themselves or their classical music too seriously. But, my god, what surprisingly delicious counterpoint Busoni finds when fiddling with Wolfgang! The irony is compounded by how hard it is: the pianist needs casually powerful double-notes, trills and octaves. The difficulty is part of the joke.

Canadian pianist Marc-André Hamelin is a bit of joker himself. His greatest original compositions so far, the 12 Études in Minor Keys, written between 1986 and 2007 and recorded in 2010, have many sly digs buried inside the avalanche of impossible piano sound.

Hamelin is a nice guy with kind words for his peers. If many of Hamelin’s fans do think he is the ultimate Busoni pianist, that’s partly due to the simple fact that Busoni’s music has had a relatively hard time getting heard in good performances until recently. Not to say that it was impossible: among others, Gunnar Johansen, John Ogdon, and Paul Jacobs were important pioneers in the ’60s, ’70s, and ’80s, and in the last 20 years Busoni recordings have proliferated.

Still, Hamelin’s latest Hyperion album, Busoni: Late Piano Music, is an undeniable milestone of Busoni interpretation. Everything on this three-CD set is so enjoyable, even lovable. Busoni’s intent has never been so clear.

Hamelin’s convincing projection of Busoni’s world is less about the obviously required virtuosity than something more elusive in sound and texture. Busoni is somewhere between the impressionism of Debussy and the neo-classicism of Stravinsky. Even when Busoni looks more like Stravinsky on the page, it should be pedaled like Debussy. Through all the wet, Hamelin separates and shapes all the lines of busy counterpoint.

Just one rather extreme example: In the climax of “Fantasia after J.S. Bach,” scurrying ornamentation surrounds vast organ chords, Hamelin works his right foot just so, just barely on the acceptable side of blurry. After hearing Hamelin, others seem too dry. Hamelin, always modest, would probably say he’s simply following Busoni’s direction in the score to be as sustained as possible: “tenutissimo.”

Although Busoni’s champions eagerly point to the occasional burst of atonality (like the Second Sonatina), Busoni was at heart a tonal composer; he needs to keep the surface of his music rooted in the past in order to subvert convention. His cadences and tonal centers, while obvious, are also untrustworthy. (Like Charles Kinbote in Pale Fire, perhaps?) Almost every ending to a substantial Busoni work is a comment on the preceding argument, where the music abruptly changes key or mode for sardonic, plaintive, or angry effect.

Blink and you’ll miss it, though. Busoni’s ironies aren’t like Shostakovich’s ironies. Busoni isn’t going to hold your hand to make sure you understand.

Those who already admire Busoni’s original piano music have heard the seven Elegies, the six Sonatinas, and the Toccata. Hamelin’s passionate performances argue that we need to hear them even more, that they are worthy of perpetual engagement alongside other early 20th-century greats.

More obscure works on the box are simply revelatory. I can’t stop listening to the nebulous contrapuntal melancholy of “Three Album Leaves, BV289.” Previously I had written off the “Indianisches Tagebuch” as “lesser Bartók” but Hamelin makes me reconsider.

Busoni and Rachmaninoff are an interesting comparison. Near-contemporaries, both were titanic composer-pianists, and both contributed a set of variations on the familiar C minor prelude of Chopin. (Typically for Busoni, there exist a confusing number of versions; here I will discuss only the last and best version, “Nine Variations on a Chopin Prelude,” the one Hamelin plays.)

Neither set is a concert staple, but there have certainly been more performances of the Rachmaninoff, an early work that bursts with heart on sleeve romanticism. Busoni’s scandal makes Rachmaninoff seem like a mildewed love letter. The first variation features ghostly triadic harmonies conjured from Busoni’s personal library of unsettling effects. Then the chromatic fireworks begin. Eventually things settle down for a Chopin-esqe waltz of the most morbid kind. The final toccata briefly screams out a fake major plagal cadence before collapsing in minor. One can almost see the dust.

Busoni was postmodern long before the word existed. Marc-André Hamelin, perpetually dedicated to the most complex pianistic emotions, is our ideal guide to discovering how relevant Busoni is today. 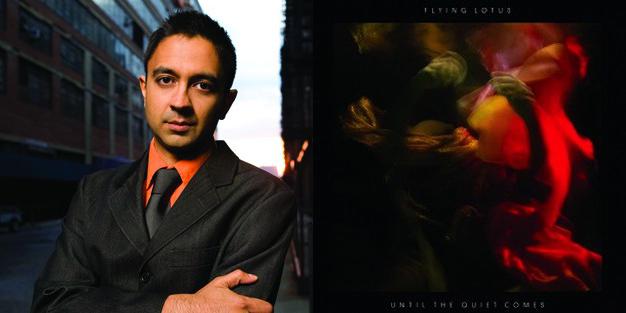