DVS is a rap mutant/Earth’s greatest supervillain/invented the remix. Read/listen to his guilt-free macrobiotic recipes at @DVSBlast and his Bandcamp.

Glenn “Batman ‘Nicolas Cage’ Begins” Danzig, aka The Fundertaker, is far more than just our nation’s 60th president. One of Earth’s final remaining living gods (RIP, Bob Ross; RIP, Mr. Rogers; RIP, Marilyn Manson following 2009’s abysmal I Fricken’ Love Summertime LP), Big Dan is best known for his role as lead Elvis in the bands Danzig (u get it? I didn’t get it for years), Samhain, and the Misfits.

The Misfits’ universally recognized status as the greatest band of all time (neck and neck with Cock Sparrer) means two things: One, Danzig is Teflon, and no misstep can ever remove him from the pantheon of champions. Two, the bar is set extremely high. A bad album from a legend is six bad “mortal” albums’ worth of disappointment.

I gotta level with y’all: I’m very worried. If this is trash, it’s gonna be like walking in on Morgan Freeman taking a shit. YOU DON’T DO THAT. YOU DO NICE THINGS. TALK ABOUT THE PENGUINS. TEACH JIM CARREY HOW TO WORK GOD EMAIL. Ugh, Danzig is finna rap about Pinterest, isn’t he? He is, and I’m gonna have to quit music and get a job at a bank and quit the bank and get a job being dead in a ditch.

On the other hand, if this album is fire, I get to say music writer-y shit like:

Either way, I get to feel very sick, which I love. OK, let’s kill this horse:

We’re off to a bad start. Dan seems sad. I’m not the biggest fan of “slow, drinking from a goblet of blood atop a crumbled church” Danzig, which is where he and I differ, because he fuckin’ LOOOVES it. It’s fine. It’s just an intro. Intros can’t hurt you.

On the plus side, at about 4:30, we get a little ’80s Agnostic Front–type creepy-crawly circle-pit breakdown stuff that I could definitely punch someone in the mouth to, if asked nicely.

VERDICT: On “Ashes,” from BLACKACIDDEVIL, Danzig does a duet ballad where he sings both the male and female parts. 10/10

I was outside listening to this, and a bird shit on my thumb, but like…JUST my thumb. But that’s not Danzig’s fault. This mediumcore joint, where he talks about a “stone-faced messiah,” is very and extremely his fault, though.

VERDICT: For the Less Than Zero soundtrack, Danzig wrote a song for one of his idols, Roy Orbison—one of the last songs Orbison recorded before he died. “Life Fades Away” was a perfect note for Orbison to go out on, and one of the most proper thank-you gifts from a pupil to an OG in recent history. 10/10

Rock music is OBSESSED with highways, and it almost never works out. I guess I fucks wit Marilyn Manson’s “Misery Machine,” but grow up, we’ve had cars for over 10 years now. Stop making songs and Coen brothers movies about the open road.

This sounds lowkey like Nashville Pussy, which I guess is fine.

VERDICT: I read an interview while listening to this that said Danzig supports abortion and Planned Parenthood, but doesn’t think Planned Parenthood “should be selling baby parts like a Brooklyn chop shop.” A) That’s not what they do, Dan, I know you know this—there’s an interview where you point at mad books; you have like 16 books. B) Shouldn’t Danzig LOVE a store where you could buy body parts?

However, with the Misfits, Danzig wrote TWO (2) anthems about being a Martian (“Teenagers From Mars” and “I Turned Into A Martian”), and Lil Wayne only wrote one and wasn’t even IN the Misfits. 10/10

OK, this joint is tough. It’s slow and blues-y, like the majority of the record so far, but Danzig unleashed the trademark wail that made him the greatest of all time. Coming off like an old gunslinger who’s “lonely when the world has gone and died” is a good look.

VERDICT: When The Undertaker stopped wrestling as a magical zombie for a short period and became a wrestling biker, his signature move was the “Last Ride” powerbomb.  10/10

“The hand strikes six…on the River Styx.” I’m WAY too sober for this album, but the alternative would be me submitting 1000 words about how OH SHIT THIS SONG SOUNDS LIKE A GHOST OH SHIT. WHAT IF A GHOST CAME TO YOUR HOUSE?

VERDICT: Remember when Danzig was on Aqua Teen Hunger Force? 10/10

Track Six: “But a Nightmare”

The clock strikes 18??? Jesus fucking Christ, man. OK, OK. That’s all in the past now. This is a different song; we’re all different people now. We made mistakes, but those don’t have to define us.

Parts of this song kinda sound like a cock-rock version of Slayer’s “Raining Blood.”

In the space below, write your own album:

VERDICT: The Misfits’ “Hybrid Moments” is easily the greatest song ever written. 10/10

Oh, I get it: Danzig is punishing me. If I was an asshole, I’d call this song a “Cajun-fried bayou mudhole stomper.” I AM an asshole, but not that one.

Iunno, maybe I could go back to school? I heard if you move to North Dakota, you can buy a house real cheap. I could grow corn, and then I’d have mad corn. If someone came over and was like, “I’m hungry for corn today,” I’d be all, “No problem,” and they’d be all, “Thanks. I’m sorry the album made you move here,” and I’d be like, “Me too, friend.” There are worse lives, I guess.

VERDICT: Even though the Danzig era of the Misfits spans only six years and like 80 songs, at most, I always had a few blind spots: songs I was less heavily familiar with and more likely to leave off lists of what I considered to be their greatest output. But on some real shit? “Nike-a-Go-Go” and “Vampira” are top-tier. 10/10

THE HOME ALONE 2 GUY IS PRESIDENT? THE ONE FROM THE COMMERCIAL ABOUT EATING PIZZA BACKWARDS? HOW LONG HAVE I BEEN INSIDE THIS ALBUM?

“Blackness Falls” is a mid-tempo swamp anthem about how “blackness drips…into your eye.” I’m starting to realize Danzig has decided to go in a new direction with this album, where he sings about death for the first time. Iunno how to feel about that. But as long as he tries his best, which he is not.

There’s plenty of guitar noodling here, like somebody bought Yngwie Malmsteen a ticket to the Bill & Ted’s Bogus Journey soundtrack. I don’t know if I listen to music anymore. I heard they got a new kind of music called “podcasts” where a guy decides talking about a movie he liked counts as doing something. No, thank you. I’ll just listen to looking at my hands until I die.

VERDICT: Eerie Von, bass player for Samhain and Danzig until 1995, used to run a 1-900 hotline where you could pay money to hear a recorded message where he talked about how it’s fun to be in a band. There’s one of these recorded hotline messages available on YouTube where Eerie Von plays a lost Danzig track called “Cold, Cold Rain,” interrupting every so often to tell you what AOL email address to contact if you want to buy Eerie Von’s solo album. “Cold, Cold Rain” eventually came out on The Lost Tracks Of Danzig and is fiiiiiiiiiiiiiiiire. 10/10

Track 8b: Carly Rae Jepsen’s “Cut to the Feeling”

OK, PERHAPS I’VE MISJUDGED DANZIG. THIS SONG IS FLAMES. SHIT SOUNDS LIKE THE SOUNDTRACK TO WORKING AT A MAGAZINE AND BEING UNDERAPPRECIATED BY YOUR BOSS WHOSE ROUND-THE-CLOCK SCOLDING INITIALLY FELT LIKE TOUGH LOVE AIMED AT GROOMING YOU FOR A REWARDING CAREER IN A COLD THANKLESS INDUSTRY BUT HAS BEGUN TO REVEAL ITSELF AS LITTLE MORE THAN THE VENTING OF A BITTER OLD HUSK FOR WHOM SUCCESS HAS BROUGHT NO SATISFACTION. THEN, WHEN YOU’RE GETTING YOUR BOSS COFFEE AFTER THEY SCREAMED AT YOU, YOU DROP ALL YOUR IMPORTANT BUSINESS FILES IN THE STREET AND SOMEONE HELPS YOU PICK THEM UP AND YOU BONK HEADS WITH EACH OTHER AND…COULD THIS…BE LOVE? MAYBE THE BIG CITY ISN’T AS HARSH AND UNFEELING AS YOU THOUGHT? MAYBE…ALL THE MOVIES WERE RIGHT? ALSO IT’S SUMMERTIME ALSO.

I know what you’re saying. “D, this isn’t a Danzig song, or on his album at all.”

YOU’RE not on the album! Also, you could suck my dick, NERD.

No. No, you know what? You are FORBIDDEN to suck my dick now. You have a negative attitude. 10/10

Oh, look who’s back. I don’t think “Pull The Sun” is a real thing people say—but neither is “Cut to the Feeling.”

Danzig’s flexing his vocal chops again, and, for the most part, still has plenty of power in that arena. He’s gotten raspy over time, but I don’t get to say shit about that; I sound like a talking cigarette.

Now the album is over and all it took from me was 11 hours and the ability to enjoy anything ever again. Now it is *I* who wear the Black Laden Crown. My god…that…was your whole plot all along, wasn’t it? Danzig you diabolical… Good show, old bean. You’ve done it again.

VERDICT: Most bodegas be selling these little prepackaged Sara Lee slices of pie for like two dollars right by the counter now. The pecan one is on point. The apple one is okay. 10/10 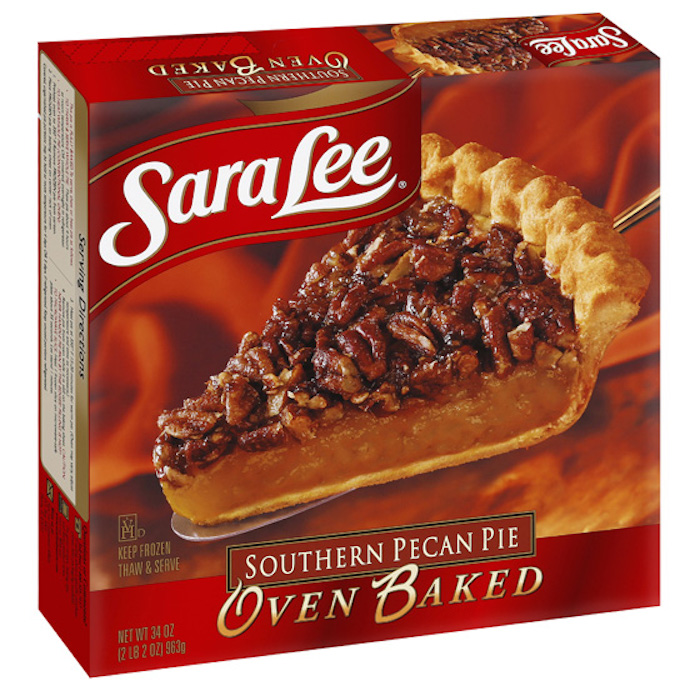 FINAL VERDICT: Danzig is, like…a really good dude. This album sucks, but so does everything, don’t be a baby. Buy it anyway. Show some fucking respect. 10/10

DVS is a rap mutant/Earth’s greatest supervillain/invented the remix. Read/listen to his guilt-free macrobiotic recipes at @DVSBlast and his Bandcamp. 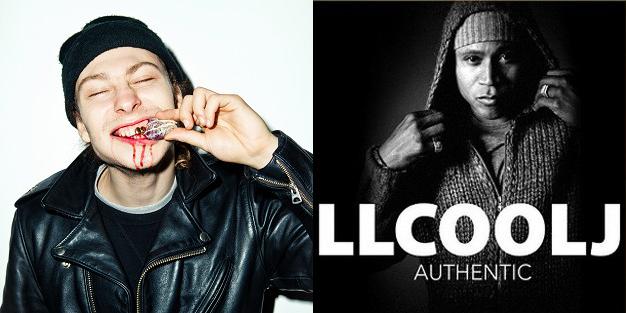