Film is dead. You hear that a lot as an independent filmmaker. And of course, when people say that, what they mean is that a certain type of film is dead: mid-range budget, neither franchise nor arthouse — most of my favorite films and the films that started me (and probably a lot of other filmmakers) down this path, fall into that spectrum. So as the era of the mid-range movie fades away, the supposed rewards of the micro-budget struggle becomes increasingly unclear.

But as they say, when God closes a door, he opens a window, and that window is episodic content. Yes, television is the new promised land, and everyone’s making the pilgrimage: writers, actors, financiers. “So if you want a real career,” the current wisdom goes, “take that feature script you can’t get made and upcycle it into a series treatment.” Many of my filmmaker friends are doing just that — and why not? With so many new platforms looking for shows, they’re practically giving them away!

Yes, I’ve written a few treatments myself, but I’m still skeptical. The pessimist in me would like to point out that I can think of more indie directors helming tentpole blockbusters than TV shows, but mainly it’s because I don’t think the formats are all that closely related. A good TV show is successful for very different reasons than a good film, and taking a genre from one and applying it to the other can be like trying to stretch a twin sheet onto a king mattress.

Case in point: Stranger Things. Don’t get me wrong, I understand why the show has so many supporters. The cast and production design are terrific, and I confess the recreation of the early Spielbergian aesthetic is seductive. I’m not opposed to nostalgia per se, but like any audience bias, it can be exploited. Shows such as Stranger Things and FX’s Fargo recognize that there’s a reservoir of goodwill out there that can be tapped and transferred onto new properties. But there’s one huge aspect of Spielberg’s brilliance that Stranger Things doesn’t (or perhaps can’t) recreate: structure and pacing.

Spielberg’s classics are actually very simple stories. They’re emotionally broad and fiercely economic. Every shot moves the story forward and nothing goes to waste. If you’re staying loyal to the conventions, you can’t stretch that 90 minutes into more than 300 without some serious padding and repetition.

How many times do we have to see the cool guy seduce the nerdy girl? How many times will Eleven use a radio to prove Will is still alive, or guide the boys into the woods and back again, with no new information to show for it? Why do you think people complained that Winona Ryder’s weeping became tiresome? Because she was asked to perform the same emotion over and over again. Besides being frustrating, these repetitions actually dilute important moments. How much more exciting would it have been when the sheriff and Joyce infiltrate the evil government lab if we hadn’t already seen him do it before? He even makes a joke about using the same method.

Besides having a longer running time than a movie, episodic content has the additional challenge of a non-captive audience. There’s a freedom in delivering a whole story in one sitting. You know that short of walking out of the theatre in disgust, moviegoers will absorb everything you have to show them. Episodic creators don’t have that assurance, which can lead to all sorts of awkward tactics to keep them coming back.

When Jonathan finally finds proof that his mother isn’t crazy, he rushes home to have that emotional reunion we’ve been waiting for — but his dad stops him. “Don’t bother her right now. She’s been through a lot.” I call that “plotblocking.” (Jonathan’s dad is an expert plotblocker.) Jonathan doesn’t grow or change to overcome this obstacle. He just literally tells her later. What purpose can that serve other than to make us wait for what we want to see?

Delay of audience gratification has been a staple of episodic storytelling for a long time, but no show advanced the practice more than the grandfather of plotblocking, Lost. No matter how well-written the various flashbacks often were, the writers knew that what kept us hooked was the mystery of the island — and that storyline was illiberally meted out like capfuls of water to a thirsty man. Just enough to keep us alive. I’ve actually found that the shows that are the most “binge-worthy” are the most narratively stingy. You start each new episode almost out of frustration, hoping it will deliver a morsel of satisfaction, an inch of forward progress.

Near the finale of Breaking Bad, Walter White confesses that all the cruelty and criminality was selfish: “I did it for me. I liked it.” He may as well have been speaking for the audience, because a central draw of that show was seeing this character evolve into a ruthless badass. But for every two steps forward in his transformation, there was one step back. How many times did Walter swear off the meth business only to be cajoled or seduced back? Did any of us believe he ever meant it?

So well-stoked was that furnace of frustration that actress Anna Gunn received volumes of hate mail and even death threats for her portrayal of Walter’s disapproving spouse, Skyler. While there were surely some ugly gender politics at play, it can’t help that her character often functioned as a major agent of obstruction to the plot development the audience eagerly desired.

(It’s important to note that female characters have long been employed as “plotblockers” by both film and TV writers, whether it’s the scold who tries to stop the boys’ fun or the damsel in distress who just can’t see that the hero is well-intentioned and trying to help. But that’s a whole other essay in itself.)

Harrowing shows such as The Walking Dead often place transitions, commercials and episode breaks at the height of the action. Cliffhangers are nothing new, I know, and running seams through crests rather than troughs can have its own kind of impact, but at what cost? Two of the most memorable action sequences from recent TV, the “Red Wedding” from Game of Thrones and True Detective’s one-take escape from the projects, did not leave their locations once they started, and both had audiences completely riveted. Although, I will admit, those audiences were probably less inclined to immediately queue up the next episode.

Indeed, my favorite shows are hard to binge. After each episode of The People vs. O.J. Simpson, my wife and I had to talk for at least an hour about what we had just seen, the material was so dense, the social ramifications so fascinating, and each chapter’s structure so satisfyingly self-contained. A good show leaves you sated, even exhausted, with a lot to think about before you dive back in.

One of the rare complaints I hear against Stranger Things is that the mythology could have been more developed. After all, they certainly had the time to give us more detail about what the “upside-down” is, or what the monster wanted, or how telepathy works in this universe. But on the other hand, that might stray too far from the genre it imitates. We never learn E.T.’s real name, or the name of his planet, or what his people were doing on Earth in the first place. What we now call “world-building” was far less important to the genre than emotional arc.

This is where Stranger Things’ loyalty to its influence limits its use of one advantage episodic content has over film: language. If film is visual storytelling, television is verbal. As much cinematic spectacle has been poured into Game of Thrones, it’s still 99 percent people standing in rooms talking to one another. A silent film can make a poetic statement about the human condition, but if you want to delve into the intricacies of history or institutions (or extra-dimensional worlds), you need words, and a lot of them. That’s where television’s extra minutes pay off, and why the best examples of the format are usually about politics, law, media, and social order. It’s why Pride and Prejudice the miniseries beats the pants off the film adaptations, why a two-hour telling of the O.J. Simpson trial wouldn’t be worth making, and why even Oscar-winning dramas like Spotlight feel like abridged versions of history compared to what TV can accomplish.

I marvel at what great showrunners are capable of. Writers such as David Chase and David Simon have upended expectations rather than pandering to them, created new genres rather than imitating old ones. I can’t imagine how difficult it must be to manage so many moving parts, do justice to such volumes of detail, while remaining relevant to the audience of that moment in time. I’ve spent the better part of my life trying to figure out what makes a film work, and I still feel like I have a long way to go. I’m not ready to abandon that journey quite yet for a whole new toolset. Perhaps someday all our stories will be delivered episodically, but for now, I still think there’s an emotional experience that can only be had in a self-contained 90-minute form. After all, one from 30 years ago is still inspiring new generations of creators. 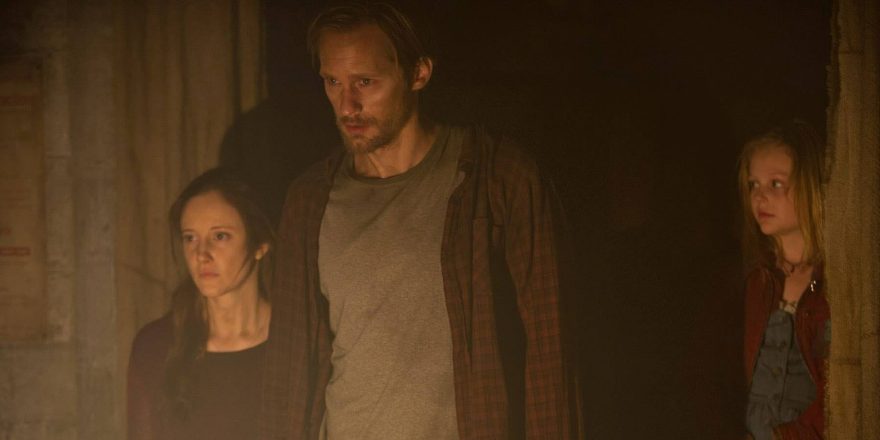