Maybe it’s because he’s in his sixties and not plagued by the hunger for relevance. Maybe it’s because he’s now answering the same questions he asked himself forty years ago. He is the same in many ways, which lessens my unease about my own inexorably advancing years. Maybe what makes us us can be the anchor that we politely drag through our years along reality’s ocean floor.

Whatever he’s got that makes him him, Lynne has never kept it masked. As the pilot of Electric Light Orchestra the band (now the solo legal entity known as Jeff Lynne’s ELO), he sharpened his edges and rampantly developed a style — an unbearably confident style. The sounds of the instruments were crisp and the heart of the singing was surreal, and the orchestral presence added a maximality to every twist and turn that the band took. And it was all on purpose. And it still is with the newborn album Alone in the Universe.

Throughout a career of risk (adventuring into the 1980 movie musical Xanadu with lead singer Olivia Newton-John), collaboration (co-founding supergroup the Traveling Wilburys in 1988 and co-writing the monstrous hits on Tom Petty’s 1989 Full Moon Fever) and do-overs (the full-blown ELO re-recording project, 2012’s Mr. Blue Sky: The Very Best of Electric Light Orchestra), Lynne has somehow maintained a fairly specific identity that few other artists have: a tone of singing and a production shape that always allows for steadiness and consistency even when it’s all about to break. While the Leonard Cohen of today sounds like the younger Leonard Cohen swallowed a bike chain and then the 10-speed connected to it, and countless other giants have simply died before new versions of themselves could come forth, the future has not changed the forward presentation of Jeff Lynne’s voice: not just the voice in his throat but the voice in his head.

The voice in his throat is the rock star, but the voice in his head is the producer. The tenets of a great producer can take almost any shape as long as they lead to results. Results come with flavor and contour, memorability and immortality. Phil Spector proved it best: if your results are sweet enough, you can’t screw up badly enough for us to forget.

The voice in Jeff Lynne’s head is loud. It guides an old school purity of songwriting that he ingested from the generation of pop musicians who came before him (well, at least three of the Beatles anyway), who in turn took it all in from the generation they themselves followed. The voice in Jeff Lynne’s head is big and determined. The scale it is measured to is the universe and he’s going to produce records that make you understand its vastness — even with the simplest love song. Because heartbreak can happen in the same place as an earthquake.

With Alone in the Universe, the voice in Jeff Lynne’s head has nothing to prove now that it hadn’t already proven in the ’70s. There are through-lines and lifelines in the songs that clearly connect to Lynne’s earlier work: the instruments are pure ELO, and the chord progressions have the smarts that have been the calling card of the Lynne discography. “Ain’t It a Drag” could work just as well as a Tom Petty hit — which is to say it’s a perfect song. But to call the record derivative would be to lob a lazy insult reserved for anything that reminds anyone of anything. This new Jeff Lynne album reminds me of Jeff Lynne, and it probably reminds him of himself, too.

Alone in the Universe is the truth: while we may change as we grow, we also may not. We may feel emotions in new ways, but at the core, those emotions are still the same. An earthquake is still an earthquake in San Francisco or in Japan in the year 1919 or in 2020, and the human heart breaks in every time zone and era. Of course the sounds relate to the past, because the creator-owner of the sounds was from the past when he lived in it with the same beard on his face and a voice in his head that had more to prove. The voice in his head developed a tonality from the past that came before him, creating a mosaic of influence, interpretation, respect and hunger beneath the big hair and between the open ears.

Those voices total up to a confidence, and ultimately, that’s where the believability of Lynne is turned to stone. So, as Alone in the Universe plays, song by song, I’m never compelled to leave the ride, even when the words sung at me are simple, even when they are obvious. Or derivative. Oops.

Still, I can’t deny the suspicion that these lyrics are surface-dwellers. The opening number, “When I Was Boy,” summons up the image of a young Lynne dreaming of playing guitar instead of working a real job: “When I was a boy I had a dream/…Radio waves gave me company.” “Love And Rain,” a song about love and rain, contains the words “It takes a lot of rain to make a flower grow” and a chorus that repeats “love and rain.”

Track three is about a girl who knows it all, who’s dirty to the bone, and Jeff Lynne sings: “She knows it all /She’s dirty to the bone.” The same lyrics sung by Maroon 5 would make me crash my minivan. But I believe Jeff Lynne. And I believe that he believes himself — that he knows what he knows and is writing the songs that he believes need to be sung. Maybe the stakes feel low or the lake feels shallow, but that sound and confidence provides no doubt that Lynne’s pants are rolled up and his feet are submerged.

And, as a listener, maybe I realize that I can allow myself to believe in it all — despite the questionable stakes. Maybe I realize that critical cynicism has degrees, and that I am in control of how much I let joy creep into my life. Joy’s a tricky business. Too much of it and you begin to suspect that you’re not working hard enough.

Song number four on Alone in the Universe is called “When the Night Comes,” and the movement of the chords and melody at the tag of each chorus gives me those same familiar chills. And those chills are a universal currency, good across space and time, in that universe that Lynne mentioned in the title of his record and that record’s closing song.

Again, however, the words to “When The Night Comes” trip me up: “When the night comes/That’s when I think of you.” Yeah, no shit, Jeff, that’s when we all think of her!! Give me something new, Jeff! Come on! Do it! Come on! Do it!

Then, the chorus ends and the chills come and I just don’t care. If John Mayer were singing those same words on a street corner I would do my best to shove him into the nearest mailbox. But my feelings about Lynne’s lyrics get diminished by the bigger picture, by the glory of the song as a whole. That force blasts the nits out into zero gravity, far from my picking hands, and I just can sink into the magic that Lynne took the time to make a reality.

And time and reality are the key words here, because the scale to measure this album to is the universe. And it is easy for us to lose sight of the biggest picture, and it is the easiest for us to get dragged into portals of negativity — of stress, of pettiness and generally unnecessary darkness. From where we stand, the universe does look unnecessarily dark. But we’re here, we’re still here in the time that we have and that is the light.

This certainly took a turn. I’ve zoomed out. I was forced to consider the biggest picture. In the days since I wrote the first eight paragraphs of this piece, an earthquake did happen off the coast of Japan. And heartbreak did run rampant in Paris and Beirut. And those are just the dark realities that we’ve been forced to reckon with today. There are even more unnecessary darknesses that happen daily in countless places around the planet that we just don’t see or hear about unless we truly seek them out — and if you’re reading this, you probably have the luxury of not having to see, hear or seek them out. So when the day does come when darkness comes into the light — as it just did — we get shook. We get scared, we get reminded and we get hopeless. We get together. We mourn and we dream and we wonder how to be better in the face of a darkness that can only seem to get worse. When that darkness is powered by the hands of the constantly misguided. When the scale of the universe is forgotten.

When the truth is that if we can feel and give love in as many ways as we can while we’re here, it is the truest way not to hurt. When the truth is that any moment that can give us the familiar chills and remove us from the day-to-day to be present in the bigger picture and feel the deep feelings of joy that can guide how we act and improve is invaluable. Those moments are invaluable in 1919 or 2020.

The moral I’ve stepped in and dragged into this piece is the most obvious one. Life is fucking short — too short not to let significant joy creep in. Not to let it rush in. In the time we have, I am grateful to be subjected to any significance imaginable, while I can still be a subject. And Jeff Lynne knows how to make something significant. He did it again on purpose and that’s really why I believe in him. And I suppose I believe in anyone who gives anyone a reason to believe. The ways to do it are infinite. The universe is great like that. 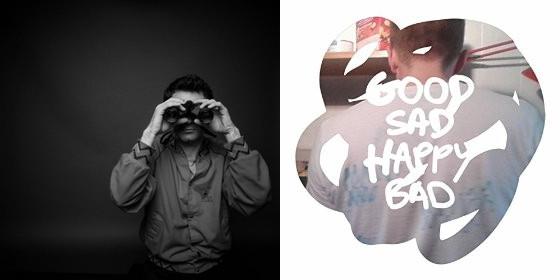 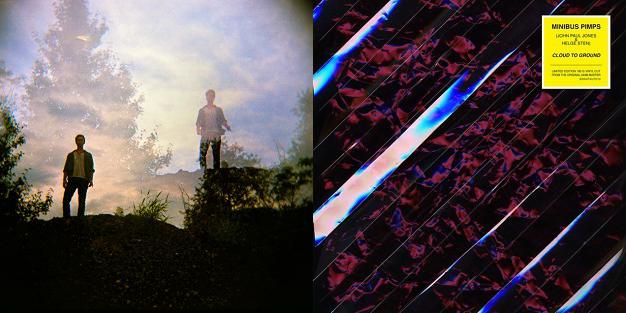