21 Savage is from Dominica, he’s Ifá, and he’s smashing Amber Rose—that’s all interesting stuff. He was an XXL Freshman last year, and Lonzo Ball said his new album, Issa, was “>4:44,” so those are notable facts. He also caught a gun charge in middle school, so he really is Carribbean. Anyway, I heard this album was super-duper fire flames hardbody karate, so I, being a connoisseur of sorts of the fine art of hip hop journalism, figured I’d make a few dollars while listening to it.

Toni Morrison once said something to the effect of, “People may not remember you for what you said, and they may not even remember you for what you did; for the most part, they remember you for how you made them feel,” and I feel that that vague statement sums up why I’m walking into this album assuming 21 Savage is a good rapper. I’ve seen his name enough, and heard him on various legit cameo appearances—think I even listened to one of his mixtapes in the middle of a long DatPiff rabbit hole—but I can’t remember any of his bars off top…I mean, I do remember being like, Oh, yeah, that’s some bars, but can’t think of any specific ones rn.

I decided to stream Issa on Tidal ’cause I want to support black-owned business for the next few weeks that I have left on the free trial I got when I signed up so I could review 4:44. Not sure if Tidal is hella slow, or it’s just my bootsy Mexican wi-fi acting up again, but this shit ain’t loading…

OK, yeah, it was definitely my wi-fi. Now I’m in a local ristorante—there’s a burrito, not the food, a literal small donkey, wandering around in the backyard of this fine establishment. I stay catching glimpses of bruh through the window. There’s some chickens sprinkled out there, too. Oh, snap, and a goat, too. OK, OK, let me do this for real this time.

OK, neither is Spotify…

I’d say this song is about how you would think being famous is tight, but it still comes with its trials and tribulations. He might suggest in this song that, while he’s famous, he’ll still do some mean, thuggy stuff to you if you cross him. But I’d say it’s probably also about how all of his hard work paid off, and now he gets to relax in the VIP section of the club with free bottle service, then go home and have sex with famous alt-feminist Amber Rose.

I’m guessing the beat is tight—classic MetroBoomin. The hi-hats are hella fast, ’cause bruh presses the repeat button a lot, and he pitches the 808 kicks around, which sounds cool. The beat drops out for emphasis on a couple fire punchline bars. There’s a reverby synth pad, probably, and also a buzzier synth doing some sort of eight-bar melody? Feel like bruh’s usually in minor key, but, given the name of this song, maybe it’s in a major key? Damn, maybe I should just drive over to Starbucks and listen to this shit. Naw, I already started this and it’s kind of a funny idea.

I’m guessing this song is gonna be about dude’s bank account, and how it has a lot of money in it—not only from selling drugs, but from making hit songs. He might talk about how his bank account has hella zeroes in it, meaning he has hundreds of thousands—perhaps millions—of dollars in there.  He might mention that if any regular middle-class or poor person looked at his bank account, they would feel sad and inadequate. Maybe he’s urging the black community to divest from major corporate banks and instead choose to put their money in a local black-owned bank? Man, I really should call the internet dude up when I get home. As far as the beat goes, it might start without drums, then the drums come in hella big and the whole club go off or whatever. Also, hella repeat-button hi-hats.

This one, I’m guessing, is a little more heartfelt; earnest; vulnerable. This might be the love song. Wait, naw, looking at this track list, “Baby Girl” might be the love song, or else it’s the sex song. Maybe this one is more of a personal essayist–type joint—the emotions the game bring out in a player, and whatnot. He might discuss his regrets, lost love, and his apprehensions about the future, despite all of his success. Also, there’s probably hella repeat-button hi-hats.

This dude might be doing a violent story rap about selling drugs (you know who’s actually hella good at those? Meek Mill), or else it might be about how selling drugs is literally a “bad business” and how it was with a heavy heart that he did his dirt, or it might be one of those “y’all are broke because you’re bad at business” bootstrap Ayn Rand raps, but I hope while still pointing out that the system is brutal and unfair and intrinsically, systemically racist, and we’re only this cutthroat for survival, or something like that? Maybe the beat has some piano on it, giving it a sort of gangster-y Mobb Deep–esque feel?  Definitely hella repeat-button hi-hats.

OK, yeah, so either a love song, or a sex song, or some sort of combination of the two. This one’s for the titty bars and the girls putting their makeup on before they hit the club. He might talk about how his “baby girl” (alt-feminist icon Amber Rose) knows how to “hold him down” and “has his back,” but also knows how to be a lady, and that he finds her very sexually attractive. Probably some pleasant pop-chord progression. Also, hella repeat-button hi-hats.

This one is about selling drugs, shooting people, doing drugs, getting drunk, having sex, driving expensive cars, buying and wearing expensive jewelry, etc. He might compare himself to Pac, and suggest that thugging is revolutionary in its own way in that it fosters a healthy distrust of the systemic racism and eurocentricity of American culture and the West in general. I’m guessing the hi-hats are hella fast (due to the repeat button) and the 808 kick drum is pitched all over the low end to make the bass quicken the heart rate, inducing a sublime paranoia.

I feel like this one is about a regular day in bruh’s life: selling drugs, doing other crimes, turning up in the club, maybe buying hella shit at the mall, brandishing automatic pistols, having sex with alt-feminist icon Amber Rose, wearing expensive jewelry, having a cross tattooed on his forehead, and how it’s all nothing new to him. Also, hella  repeat-button hi-hats.

This is an emo number about how the drugs and the money and the fame and the fast life and the parties have him feeling numb. It’s probably like a rare moment of earnest introspection, similar to “Close My Eyes.” The beat is probably hella dreamy, delays on the synths—hella repeat-button hi-hats. Actually, this might be one of the joints that doesn’t have the repeat-button hi-hats. It’s a coin toss.

This one might be about killing people, or about how drug fiends look like they’re dead, or about how hella people in the world be living like they dead and how that sucks but that’s how it goes and meanwhile he’s alive and living life or something like that. Or maybe it’s a more personal one about how he’s dealt with death in his life, in which case, I apologize for making light of it. The passing of loved ones is deep pain deserving of the utmost respect.

This one is about making money—about how he’s rich from maybe selling drugs and/or busting other various joogs; also, he makes a lot of money from touring, probably merchandise, streaming revenues, etc. Oh, ha, maybe it’s told in the form of a phone conversation with the phone filter on one of the voices. Like he’s talking to the plug, or he is the plug and he’s talking to one of his foot soldiers, or something. Naw, probably not, but that’s a good idea for a song. Probably been done. Seems hella ’90s, haha.

OK, so “Baby Girl” was the sex song and this is the love song? It’s probably about alt-feminist icon Amber Rose and how she’s a real special gal and he even took her to meet his mama. Or maybe it’s about how he’s an eSPECIALly good rapper? I don’t know, man, I oughta head back to the crib and call the internet dude.

This is the one where he proves to “old heads” that he’s not only “trap,” but also “lyrical.” There’s probably hella bars in here; he probably goes off. He probably drops a lot of knowledge, puts us on to some game, lets us know how he operates as an emerging A-lister, presents us with witty aphorisms, hood koans, and business tips, reminds us to not let ourselves be taken advantage of, etc. He probably mentions more than once that he’s “gassin,” “blackin out,” going off,” or otherwise good at rapping. This is a punchline-heavy joint with moments of gritty hard truths and occasional, surprising honesty and vulnerability. If I could hear this song, I bet I’d be like “Damn, that’s a bar,” like three or four times, at least. I’d probably do that one wobbling head bob with my mouth open a little, looking hella confused as to how this fool could be going that hard, and then I’d be like, “10/10, I highly recommend this album.” 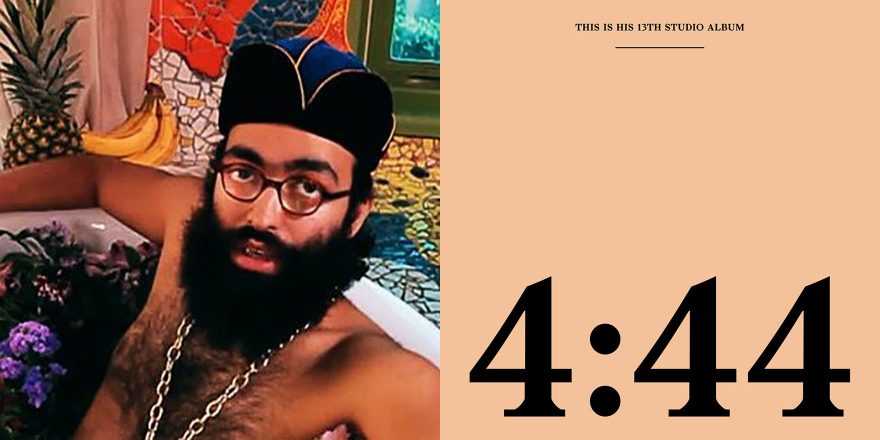