Rock & roll used to be synonymous with youth. It used to be that you would have to hide serious relationships from your adoring fans for fear they wouldn’t buy your record if you weren’t boner-ready.

I had been hearing about Them Are Us Too over the last year from various lips of various friends, and was psyched that one of my favorite labels in NYC was putting them out. Dais Records now has a pretty impressive roster, boasting some really incredible women with unique voices free from dense fog effects. A few years ago, I was convinced some folks were making records that intentionally sounded like playing dirty vinyl with a busted needle. Anyhow, the artists on Dais aren’t content to sound like that or like Cat Power on Valium — or like Cat Power that time she covered “(I Can’t Get No) Satisfaction” and forgot the chorus. (The chorus was implied. She turned subtle up to 11, right off the cliff.)

See, there’s a difference between dreamy and sleepy. Thankfully, Them Are Us Too is the former.

A lot has been made of the particular “youngness” of the band. Both Cash Askew and singer Kennedy Wenning are 21 years of age. They can legally drink and serve this great nation in the armed forces, so their age doesn’t astound me. After all, The 27 Club wasn’t made up of folks who’d just put out their first record. Marc Bolan created a sonic universe I never tire of, and he died before he turned 30. Maybe by Lena Dunham standards they are young, but I’m Afghan and from the South, so they’ve reached mid-life as far as I’m concerned, and in celebration and in their honor, I’ma shoot some guns in the sky.

The second thing a lot was made of was the supposed Cocteau Twins/4AD sound of their debut Remain. Admittedly, it is there, but after listening to the record a few times I’ve decided they’re suffering the disadvantages of most listeners having Sopranoitis, which is a disease that does not discriminate. It ravages men and women, young and old alike. The listener puts on a record, hears a voice above middle C and assumes it must originate from some lady born of the British Isles. There’s no known cure for Sopranoitis, but as a soprano I’m here to raise awareness to cause prevention.

Let me start off by saying I’m a huge fan of the Cocteau Twins’ singer Liz Fraser. She is a unique and beautiful woman and she should be an influence on anyone with two ears and a heart. I discovered Victorialand (1986) at the Record and Tape Exchange when I was 14, and it’s been a favorite ever since. “Whales Tails” is one of my favorites on said favorite, and it demonstrates some of the key elements of Fraser’s singing style, which is incredibly difficult to emulate. Not only is she jumping from a high to low note in harmonic minor-scale agility, it’s rhythmic yet legato, which takes it from scat to something dreamy. Then the chorus breaks up the tension with a sweeping melody that gives me goosebumps — it somehow never loses its potency.

It is important to note that a band like the Cocteau Twins comes along but once in a while. Instead of casting those who come after them as mere wannabes, we should celebrate the uniqueness of these venerated artists and accept that they are influences to a good many people, which would allow for a much purer listening experience when diving into new artists.

Musically, while there are sparkling choruses and reverbed-out guitar moments on Them Are Us Too’s debut, Askew creates less of a 4AD vibe, and more of… the word that springs to mind is “Italian.” There are hints of Johnny Jewel projects, which sometimes call to mind the Italian band Goblin, specifically in their collaborations with second-only-to-Bava, Italian horror master Dario Argento meeting Julee Cruise by way of Angelo Badalamenti. And yes, I know that Cruise’s “Mysteries of Love” was written for David Lynch’s Blue Velvet (1986) when This Mortal Coil’s cover of Tim Buckley’s “Song to the Siren” proved too expensive, and I know that one was sung by one Liz Fraser, but again, I mean musically.

While vocally, yes, there is some Cocteau Twins in here, Wenning’s vocals have a folk music underpinning, specifically those beautiful, mournful, traditional Irish songs, and there are echoes of Jeff Buckley as well in her long emotional phrasing.

“Us Now” is one of my favorite tracks on this record. There’s a little bit of bait-and-switch, as the whole thing starts like an ominous, John Carpenter-ish affair and then blooms into this sparkling dream-pop gem — sorta like the way Siouxsie and the Banshee’s “Shadowtime” operates, but even more of a juxtaposition of opposites.

Remain deserves loads more attention — it really is a superb debut. And if you have to make a fuss about their “youngness” and Cocteauness, I’ll say this much: Cocteau Twins didn’t get Treasure (1984) on their first try. But they showed promise on their debut album, Garlands (1982), and eventually delivered records that Jesus would be proud to call his own. And I will say Them Are Us Too show more than promise on this debut, and they are certainly much more than the 4AD catalog in a blender. 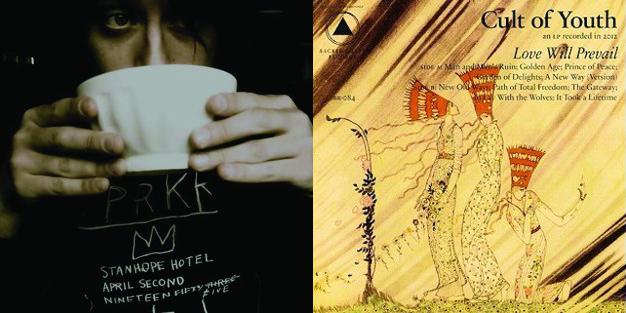