Sexwitch promises dark and primal with its self-titled debut, but instead delivers dark and primitive. Through the portal of six cover songs, we enter a Mean-Disney-era dystopia of imperialist, witch-burning othering where gender, cultures and archetypes are whittled down to the lowest common denominator for the sake of slapdash art. Sexwitch (cringe) draws inspiration in part from psych music from the East that was inspired by the Western interpretation of music from the Middle East and South Asia, but the band members (Natasha Khan of Bat for Lashes, indie rock outfit Toy and producer Dan Carey) are apparently too busy casting Middle Eastern voodoo curses to pay attention to properly honoring artists and their work.

I should love a Can-obsessed-sounding record full of vocal acrobatics, sinister-ly sexual panting, feral moaning (with a sprinkle of feminist ideology with repetitive phrasing) and laments about the nothingness that awaits us after death — complete with circular head-jolting.

But, alas, I’m disappointed with Sexwitch. Despite the high quality of Khan’s back catalogue and the undeniable fact that this record sounds great, I’m bummed as (in no particular order): a Red-State-born child of Afghan descent who has always worn her Eastern roots with pride, a feminist and musician, someone who practices Eastern “exorcism dances,” someone whose family is very involved in humanitarian causes in the East, a lover of psych and witchy stuff, someone whose father plays Eastern instruments and has a great love for rock & roll and Eastern music, and someone whose uncle played guitar in the band of one of Afghanistan’s cultural heroes, Ahmad Zahir. Zahir was believed to have been killed by the Communists because he was opposed to the Marxist government — just like my granddad, who was killed in one of the most violent prisons and buried in an unmarked ditch. Coincidentally, you can find three albums of Zahir’s psychedelic gems on the same Pharaway Sounds label that released Zendooni (Funk, Psychedelia and Pop from the Iranian Pre-Revolution Generation), the compilation that sparked this whole Sexwitch project.

Sexwitch formed in 2013, its first track being “The Bride,” a cover of Iranian psych musician Amir Rassaie’s “Aroos Khanom,” which Carey found on the aforementioned compilation and had Khan and Toy record for his Speedy Wunderground label. The label prides itself on recording in one day — no lunch breaks! Inspired, Sexwitch decided to make a full-length record two years later in which the group mostly covered ‘70s folk and psych songs from the Islamic world.

Khan has made a point of saying this record is neither feminist nor political — it’s hasty art for hasty art’s sake — but if it were a celebration of ancestry, then Khan would come from the land of Agrabah. The over-the-top attempts at heavy-melisma Eastern singing styles such as mawwal and alap fall into the aforementioned Mean Disney territory; Bat for Lashes’ “Arabian Nights”-tinged “All Your Gold” seems to have foreshadowed the darkness to come.

Carey admits ignorance of the material they used as starting points, sourced from a few compilations of Eastern music released by hip labels. Carey and Sexwitch recorded instrumentals and main vocals very quickly, but Khan took much longer to do the overdubs, hoping to pull off the sound of a Pakistani girls’ choir — of which I’m pretty sure there are none outside of a rare church setting. Plus, only an imaginary Pakistani girls’ choir would participate in a project called Sexwitch — even if they wanted to. We are talking about the same place Malala Yousafzai got shot in the head for going to school.

Aside from the vocals — and the lack of heavy-lifting curating material for the record — there’s one fuck-up so egregious here that it calls into question the authenticity of the whole project: the fifth track, “Ghoroobaa Ghashangan,” which is said to be a cover of a song by Iranian star Ramesh — one that comes from Sexwitch’s beloved Zendooni compilation. Contrary to what the Sexwitch press release and liner notes say, this does not sound like Ramesh’s “Ghoroobaa Ghashangan.” I’m a long-time Ramesh fan, so I was bewildered. After the first listen, I threw on Zendooni, and I realized that they did, indeed, cover a song off the compilation, but it wasn’t Ramesh’s track — it was a song by a much-less-known artist, Pooneh, called “Hamishe Tanha.” With this track, Pooneh is covering the late and beloved Turkish artist Barış Manço’s interpretation of folk musician and bağlama master Neşet Ertaş’ “Gönül Dağı.” My blood went red-hot; I actually yelled out, “Khak da-sarit!” It’s a phrase in Farsi that doesn’t have a translation in English, but it’s very poetic.

Carey claims to have listened to Zendooni a lot, but I’m incredulous. How is it possible, in two years, to not have learned anything about the artists, the music or even the song titles off of one compilation?

The only way I could continue listening was by checking all of Sexwitch’s songs against the originals. I bought the Kassidat: Raw 45s from Morocco, another source of inspiration, and immediately noticed a second error, this time with the band’s cover of “Ha Howa Ha Howa,” which Khan has said was originally sung by Cheikha Hadda Ouakki. Well, according to the credits on Kassidat and Discogs, the song was sung by Bennasser Oukhouya and Cheikha Hadda Ouakki. This means someone at Sexwitch HQ thought it was cool to erase one of the singers’ credits because they felt like it. There’s no discernible similarity melodically, harmonically or rhythmically to the original. Also absent is the raw power of Ouakki’s high-octane vocal prowess, heard here with Bennasser Oukhouya.

Sexwitch’s cover of Iranian singer Zia’s “Helelyos” is good fun; even I can see that through my dubiousness. Khan sings the verses like reggae duo Althea & Donna on speed, which I like. She shines when she stays true to the fragility of her voice (“What’s a Girl to Do,” “Daniel”). Moroccan tune “Kassidat el Hakka” keeps the level of intensity of the original, sung by Abdellah el Magana, without veering into parody.

For some reason, the American song “War in Peace” has Khan back in caricatured “Eastern” witch form, which is confounding as this song doesn’t have any Trio Bulgarka vibes whatsoever. Sexwitch’s take reminds me of a parody cartoon I saw in which David Bowie is recording “Warszawa.” Brian Eno and Tony Visconti ask him to sing in “a made-up language that sounds kind of Italian” and he enters the booth and belts out, “What’s-a matta-you? Shut up-pa your faaaace!”

I’m fine with cultural appropriation as long as you appreciate and respect the music — even on the “I have a few compilations” level. But this record is as culturally sensitive as the last time Natasha Khan homogenized a disenfranchised people by claiming some nebulous affinity with Native Americans and regularly wore feathered war bonnets and played a shaman stick live.  With Sexwitch, she is implicitly linking the East with the most un-feminist The Malleus Maleficarum portrayal of “witch” — some nocturnal unhinged beast —and it’s insulting. Asia is not one big country full of primal dancers and/or terrorists. We are living in a world in which tensions between East and West are reaching an apex. So forgive me if I’m not psyched — ha! — that you think the East is your blank canvas.

The beauty of psych is that it, in part, comes from Western musicians such as Sandy Bull, who was, in turn, inspired by performers like his roommate, an oud player by the name of Hamza El Din. Out of that syncretism and pure love for the music came Bull’s 1963 track “Blend,” a fantastic fusion piece that could be the granddaddy of psych as we know it. So, kids, choose your heroes and roommates wisely. 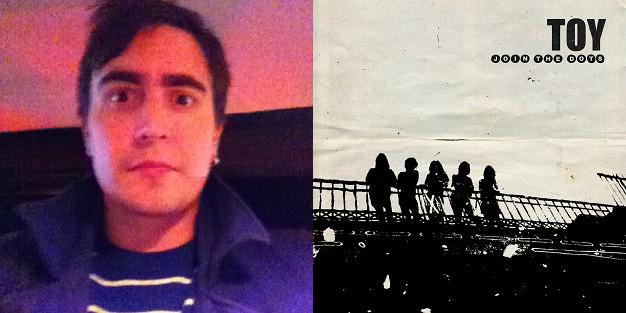